Things You Need To Know About Bitcoin and Bitcoin Mining

By AprokopdR (self media writer) | 1 year ago 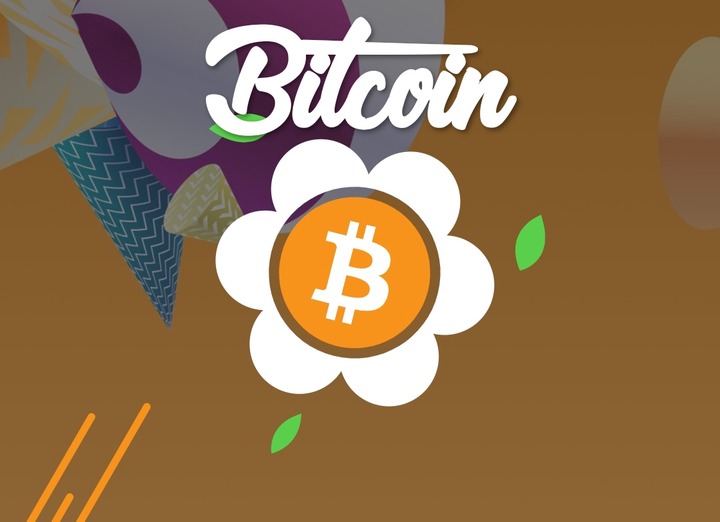 The primary purpose of mining is to set the history of transactions in a way that is computationally impractical to modify by any one entity. By downloading and verifying the blockchain, bitcoin nodes are able to reach consensus about the ordering of events in bitcoin.

Mining is intentionally designed to be resource-intensive and difficult so that the number of blocks found each day by miners remains steady. Individual blocks must contain a proof of work to be considered valid. This proof of work is verified by other Bitcoin nodes each time they receive a block. Bitcoin uses the hashcash proof-of-work function.

Mining is also the mechanism used to introduce Bitcoins into the system: Miners are paid any transaction fees as well as a “subsidy” of newly created coins. This both serves the purpose of disseminating new coins in a decentralized manner as well as motivating people to provide security for the system.

Bitcoin mining is so called because it resembles the mining of other commodities: it requires exertion and it slowly makes new units available to anybody who wishes to take part. An important difference is that the supply does not depend on the amount of mining. In general changing total miner hashpower does not change how many bitcoins are created over the long term.

Mining a block is difficult because the SHA-256 hash of a block’s header must be lower than or equal to the target in order for the block to be accepted by the network. This problem can be simplified for explanation purposes: The hash of a block must start with a certain number of zeros. The probability of calculating a hash that starts with many zeros is very low, therefore many attempts must be made. In order to generate a new hash each round, a nonce is incremented. See Proof of work for more information.

The difficulty is the measure of how difficult it is to find a new block compared to the easiest it can ever be. The rate is recalculated every 2,016 blocks to a value such that the previous 2,016 blocks would have been generated in exactly one fortnight (two weeks) had everyone been mining at this difficulty. This is expected yield, on average, one block every ten minutes.

When a block is discovered, the discoverer may award themselves a certain number of bitcoins, which is agreed-upon by everyone in the network. Currently this bounty is 6.25 bitcoins; this value will halve every 210,000 blocks. See Controlled Currency Supply.

Additionally, the miner is awarded the fees paid by users sending transactions. The fee is an incentive for the miner to include the transaction in their block. In the future, as the number of new bitcoins miners are allowed to create in each block dwindles, the fees will make up a much more important percentage of mining income.

Users have used various types of hardware over time to mine blocks. Hardware specifications and performance statistics are detailed on the Mining Hardware Comparison page.

Early Bitcoin client versions allowed users to use their CPUs to mine. The advent of GPU mining made CPU mining financially unwise as the hashrate of the network grew to such a degree that the amount of bitcoins produced by CPU mining became lower than the cost of power to operate a CPU. The option was therefore removed from the core Bitcoin client’s user interface.

GPU Mining is drastically faster and more efficient than CPU mining. See the main article: Why a GPU mines faster than a CPU. A variety of popular mining rigs have been documented.

An application-specific integrated circuit, or ASIC, is a microchip designed and manufactured for a very specific purpose. ASICs designed for Bitcoin mining were first released in 2013. For the amount of power they consume, they are vastly faster than all previous technologies and already have made GPU mining financially.

Mining contractors provide mining services with performance specified by contract, often referred to as a “Mining Contract.” They may, for example, rent out a specific level of mining capacity for a set price at a specific duration.

As more and more miners competed for the limited supply of blocks, individuals found that they were working for months without finding a block and receiving any reward for their mining efforts. This made mining something of a gamble. To address the variance in their income miners started organizing themselves into pools so that they could share rewards more evenly. See Pooled mining and Comparison of mining pools.

Bitcoin’s public ledger (the “block chain”) was started on January 3rd, 2009 at 18:15 UTC presumably by Satoshi Nakamoto. The first block is known as the genesis block. The first transaction recorded in the first block was a single transaction paying the reward of 50 new bitcoins to its creator.

Staking is a concept in the Delegated proof of stake coins, closely resembling pooled mining of proof of work coins. According to the proof of share principle, instead of computing powers, the partaking users are pooling their stakes, certain amounts of money, blocked on their wallets and delegated to the pool’s staking balance.

The network periodically selects a pre-defined number of top staking pools (usually between 20 and 100), based on their staking balances, and allows them to validate transactions in order to get a reward. The rewards are then shared with the delegators, according to their stakes with the pool.

Although staking doesn’t require lots of computing power as mining, it still needs very stable and fast Internet connection in order to collect, verify and sign all transactions in the queue within a small timespan, which can be as short as one second. If a pool fails to do so, it doesn’t get the reward, and it may be shared with the next pool in order. That is why it is a little difficult to mine with it.

hope u enjoyed this article?

Content created and supplied by: AprokopdR (via Opera News )

BRU 1-5 MNC: How Guardiola Set Up His Team That Made It Difficult For Club Brugge To Play