Seven Tips You need For a Healthy Living

By Onix_Nah (self media writer) | 1 year ago 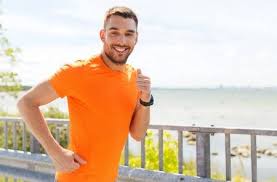 In today's article, I would love to discern truths and tips I garnered from my inspirational book " The monk who sold his ferrari".by Robin sharna.

The book is a fable that tries to give some unique lesson for living a healthy and fulfilled life. Today's world is running very fast and most people are not able to get enough time for their own betterment. It's about a successful attorney, Julian mantle who was blinded by the illusory version of success and was never satisfied. He had every material possession anyone could want, he still had not found whatever it was that he was looking for.

In his unsatisfying endeavour, his marriage failed, he no longer spoke with his father and at age 53 , he looked as if he was in his late seventies.

But the attraction towards material possession vanished after he survived a severe heart attack he had while he was in the court room. His obsession with work caused the heart attack.

His perspective towards life changed and he sold all his property including his Ferrari. He abandoned his mundane life and left for India in search of a meaningful life.

He met with the sages of sivana who had a life changing effect on him. He described the sivana as a small place located in the Himalayas, the land of rose covered huts, placid blue waters with white lotuses floating, youth and vitality, beautiful glowing faces, fresh and exotic fruits.

According to the promise made to the sages , he returned to share his knowledge.

Julian mantle shares his story of transformation, his secrets of a happy and fulfilling life with his friend john. He tells John of the sages who knew all secrets of how to live life happily and how to fulfill one's dreams and reach one's destiny.

He narrates to John the fable that contained the seven virtues for a life abundant with inner peace, joy and a wealth of spiritual gifts.

He tells John the techniques that he learned from Yogi Raman on how to master our minds with simple techniques like "the heart of rose technique" and "the secret of the lake technique".

He tells John how to cultivate the mind and how to use setbacks for expanding knowledge of the self.

He talks about setting and following our own purpose and teaches john the ancient art of self leadership with techniques such as " do the things you fear" and the 5 step method for attaining goals. He waxes eloquent about the value of self discipline and respect for time. He describes techniques such as the " the ancient rule of 20" and " the vow of silence" . He teaches how to focus on the priorities and thereby maintain a balanced and simplified life. He gives examples that prove that willpower is the essential virtue of a fully actualized life. He teaches John the virtue of selflessness in serving others . He asks John to embrace the present and live in the present- "Now", never to sacrifice happiness for achievements and to savour the journey of life and live each day as his last. At the end he tells John to spread these secrets for the benefit of other people. Embracing John like his brother, Julian leaves.

The seven virtues shared to John by Julian are as follows:

1. Master your mind: learn to focus, consciously eliminate negative thoughts from your mind and envision your dream becoming reality.

2. Follow your purpose:. Examine yourself, know your goal, attach a timeline to it.

4. Live with discipline: recognise the importance of willpower while forming new habits.

5. Respect your time: adopting a " death- bed mentality" - living each day as your last.

7. Embrace the present: live for today- stop looking ahead and waiting for things to be better down the road; enjoy things as they happen

Hope you had a nice time.

Content created and supplied by: Onix_Nah (via Opera News )