A Journey to the Beautiful Faroe Islands

By UncleTe (self media writer) | 2 years ago

The Faroe Islands is a self-governing archipelago, part of the Kingdom of Denmark. It comprises 18 rocky, volcanic islands between Iceland and Norway in the North Atlantic Ocean, connected by road tunnels, ferries, causeways, and bridges. Hikers and bird-watchers are drawn to the islands’ mountains, valleys and grassy heathland, and steep coastal cliffs that harbor thousands of seabirds. 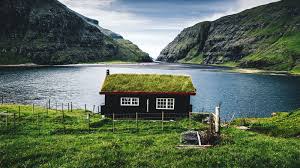 The Faeroe Islands, are populated by people with their language—Faroese. On these breathtakingly beautiful islands, steep, rugged mountains drop dramatically toward the sea. Near the sea, houses in the villages are painted in many colors. In summer the grass-covered hilltops shine with a greenness beyond compare.

Although the islands’ 48,497 inhabitants function as a community, doing so has not always been easy. Rowboats were formerly used to carry people and commodities from island to island. Travel between villages was by foot over steep mountains and through deep ravines. Building a house when all the materials had to arrive by rowboat was a formidable task. Before construction could begin, the materials had to be carried to the site from a small natural harbor on the coast. 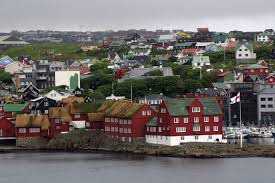 The earliest available accounts about the Faroe Islands were written by an Irish monk about 825 C.E. He relates that there had been solitary Irish monks on the islands over a hundred years before him. However, a settlement on the islands reportedly began in the early ninth century with the arrival of Grímur Kamban from Norway.

Although the early population earned their living by fishing, these settlers also took up sheep farming. In Faroese the name Føroyar (Faroe Islands) means “Sheep Islands,” and sheep farming has remained important. Wool has served as protection against the wind, rain, and cold. It used to be said that ‘wool is the gold of the Faroes.’

Even today, more sheep than people live on the islands. Sheep are slaughtered traditionally, with the meat being hung up to dry in sheds where the wind can freely pass through the walls. This brings a particularly desirable flavor to the meat, making it a great delicacy.

As might be expected with a small, isolated population, the Faroese feel strongly united by the kind of bonds that form among people who depend on one another for survival. And today that feeling has remained, as modern methods of travel and communication have made contact with fellow islanders easier. 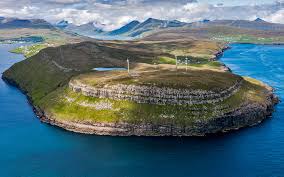 The first tunnel in the Faroes opened in 1963. It was cut through a mountain on the southernmost island, Suðuroy, where it connects two villages. The tunneling, which involved extensive digging, drilling, and dynamiting, was done simultaneously from both sides of the mountain.

A tunnel constructed more recently takes traffic some 500 feet [150 m] below the sea and connects two of the larger islands. To excavate it, a 17-foot-long [5 m] drill was used to bore into the rock mass. Then dynamite was placed at the end of the hole and ignited. After the explosion, rocks and boulders were removed, thus clearing a 17-foot-long [5 m] section of the tunnel. This procedure was repeated until the tunnel reached a length of about 3.8 miles [6 km]. It was opened for traffic on April 29, 2006.

The Faeroe Islands now have 19 tunnels, two of which are below the sea and connect islands. No other nation in the world has more miles of tunnels in proportion to its number of inhabitants. 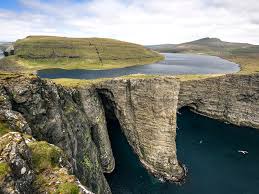 Content created and supplied by: UncleTe (via Opera News )