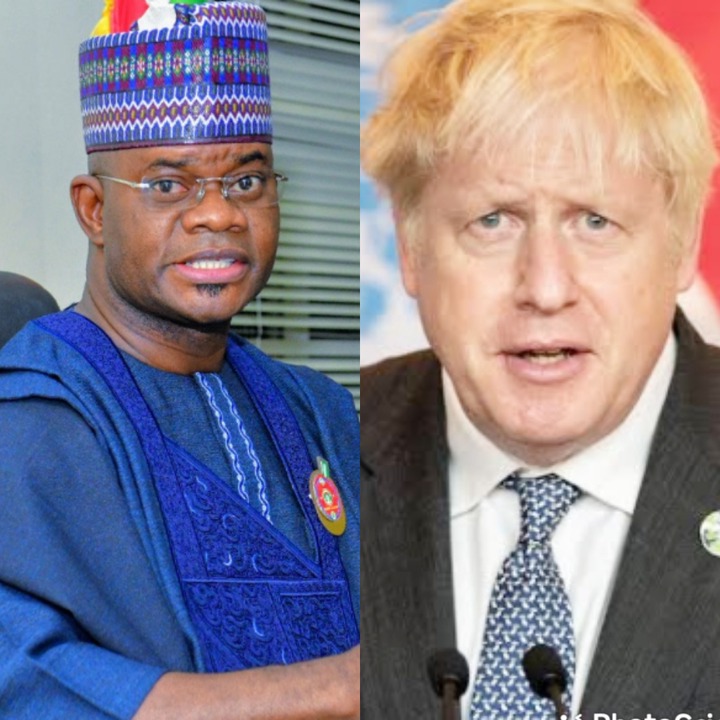 UK Advises Citizens Against Travelling To 12 States In Nigeria 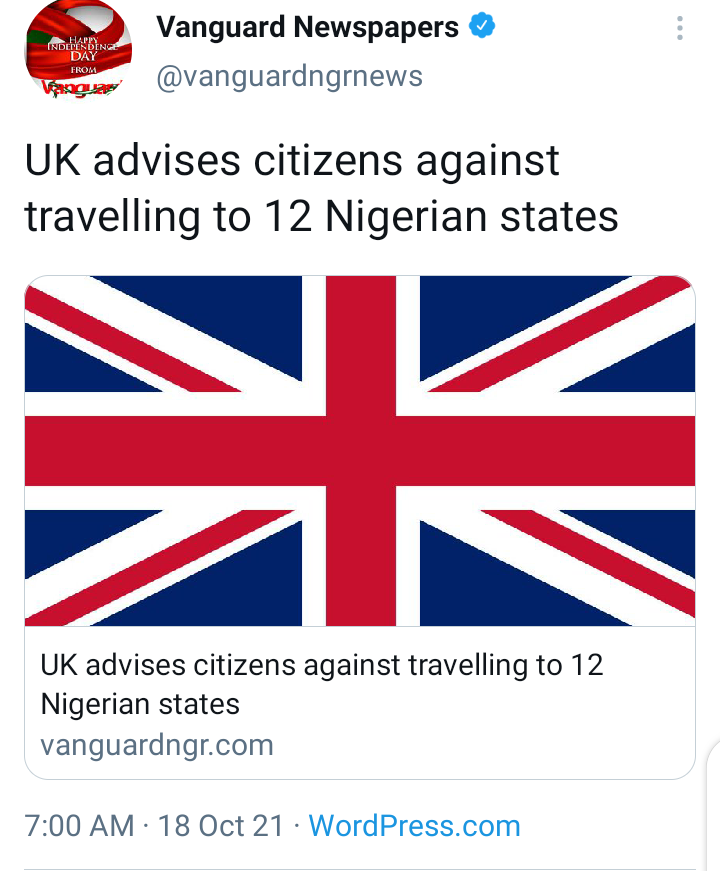 The United Kingdom has advised its citizens in Nigeria to steer clear of 12 states in Nigeria, saying Boko Haram insurgents were likely to kidnap foreign nationals.

The UK Foreign, Commonwealth and Development Office, FCDO, which announced this in a travel advisory for its nationals weekend, said there was a high threat of kidnap throughout Nigeria for ideological, financial or political gain.

The advisory read: “The groups have previously shown intent and capability to conduct kidnaps in Nigeria. Foreign nationals, including humanitarian workers, are likely targets for kidnap.

Humanitarian hubs and workers have been targeted during attacks in the North East, including Monguno, Borno State on June 13 2020.

“There’s a high threat of kidnap throughout Nigeria. Kidnaps can be motivated by criminality or terrorism and could be carried out for ideological, financial or political gain. Anecdotal evidence suggests that the risk of kidnap increases after dark.

‘’There are also reports that Boko Haram and Islamic State West Africa, ISWA, are continuing to actively plan to kidnap foreigners. 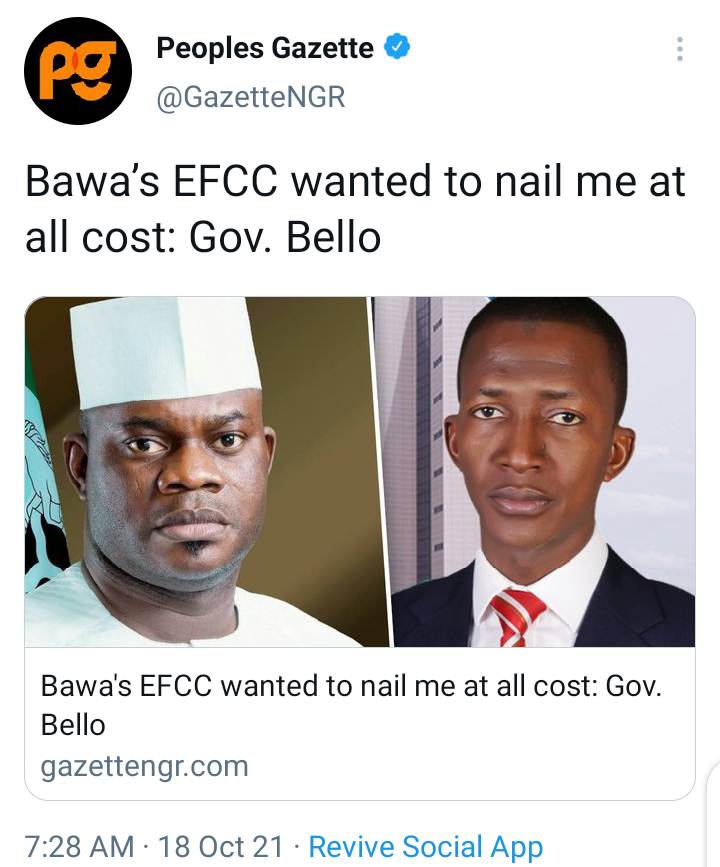 Governor Yahaya Bello has slammed the Abdulrasheed Bawa-led EFCC for deceiving Nigerians and lying against the Kogi government that it squandered the N20 billion bailout given to the state by the federal government, asserting the anti-graft agency wanted to nail him “at all cost.”

Mr Bello’s government is also seeking a public apology from the anti-corruption agency, accusing it of being bent on denting the state’s image.

“Finally, while we reserve all our legal rights against the EFCC, we reiterate our demand for an unreserved apology from the EFCC as contained in our letter to the chairman of the EFCC on September 6. We hope the EFCC will honour the said demand to regain the trust of Nigerians,” the Kogi Commissioner for Information, Kingsley Fanwo, said in a statement on Sunday.

“The state government again urges the commission to tender (a) public apology to it and refrain from measures that can further damage the image of the nation.” 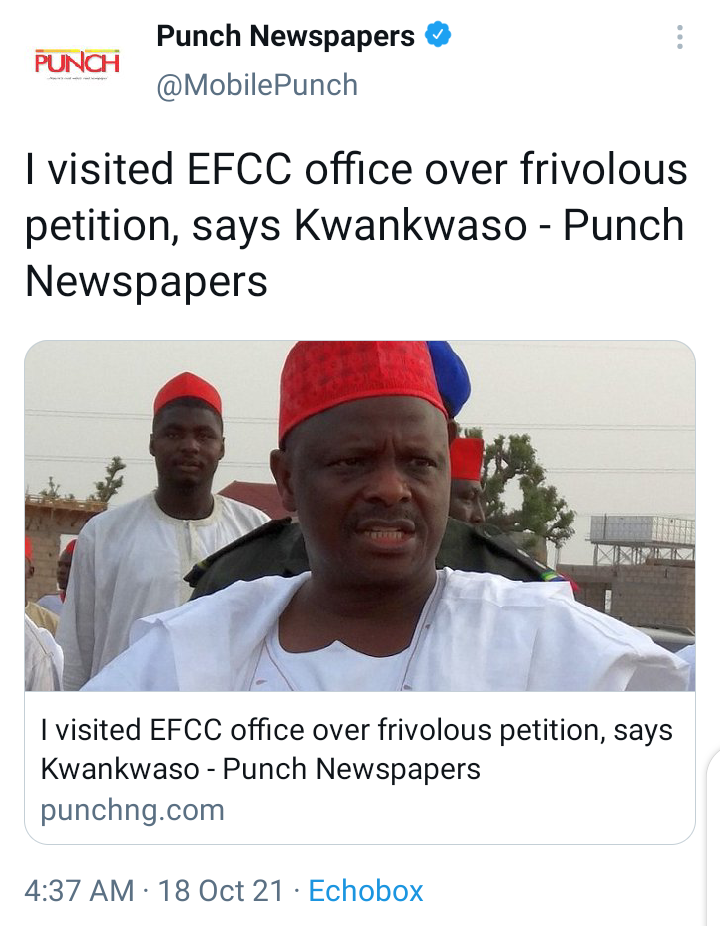 A former governor of Kano State, Senator Rabiu Kwankwaso, on Sunday dismissed as false reports that he was arrested by the Economic and Financial Crimes Commission for alleged mismanagement of pension funds.

Kwankwaso said he personally reported at the commission’s headquarters on Saturday to set the record straight over the allegations and met with officials of the anti-graft agency for some hours.

A statement issued by his media office and made available to The PUNCH indicated that Kwankwaso was invited by the commission in September over allegations of abuse of office, diversion of public funds and fraudulent allocation of government properties to cronies.