Everything you should know about india history

By Evans.nakade (self meida writer) | 9 months 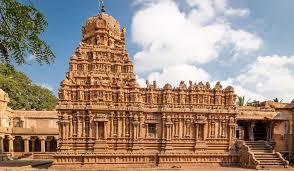 India is a land of ancient civilizations. India's social, economic, and cultural configurations are the products of a long process of regional expansion. Indian history begins with the birth of the Indus Valley Civilization and the coming of the Aryans. These two phases are usually described as the pre-Vedic and Vedic age. Hinduism arose in the Vedic period.

The fifth-century saw the unification of India under Ashoka, who had converted to Buddhism, and it is in his reign that Buddhism spread in many parts of Asia. In the eighth century, Islam came to India for the first time and by the eleventh century had firmly established itself in India as a political force. It resulted in the formation of the Delhi Sultanate, which was finally succeeded by the Mughal Empire, under which India once again achieved a large measure of political unity.

It was in the 17th century that the Europeans came to India. This coincided with the disintegration of the Mughal Empire, paving the way for regional states. In the contest for supremacy, the English emerged 'victors'. The Rebellion of 1857-58, which sought to restore Indian supremacy, was crushed; and with the subsequent crowning of Victoria as Empress of India, the incorporation of India into the empire was complete. It was followed by India's struggle for independence, which we got in the year 1947. Here is a brief timeline about the history of India:

The History of India begins with the Indus Valley Civilization and the coming of the Aryans. These two phases are generally described as the pre-Vedic and Vedic periods. The earliest literary source that sheds light on India's past is the Rig Veda. It is difficult to date this work with any accuracy on the basis of tradition and ambiguous astronomical information contained in the hymns. Indus valley civilization, which flourished between 2800 BC and 1800 BC, had an advanced and flourishing economic system. The Indus valley people practiced agriculture, domesticated animals, made tools and weapons from copper, bronze, and tin and even traded with some Middle East countries.

The next era that India saw was that of the Vedic civilization, flourishing along the river Saraswati, named after the Vedas, which depict the early literature of the Hindus. The two greatest epics of this period were the Ramayana and the Mahabharata, still held in great reverence by the followers of Hinduism.

Next came the Buddhist era, during the time of the Mahajanapadas which were the sixteen great powers, during the 7th and the 6th centuries BC. Prominent powers at the time were the Sakyas of Kapilavastu and the Licchavis of Vaishali. Buddha, whose original name was Siddhartha Gautam, was born in Lumbini near Kapilavastu and was the founder of Buddhism - a religion based on spiritualism. He died at the age of 80 in 480 BC but his teachings spread throughout southern and eastern Asia and are followed across the world today.

The Invasion of Alexander

When Alexander invaded India in 326 BC, he crossed the Indus river and defeated the Indian rulers in battle. Noteworthy of the Indians’ attempts at war, was the use of elephants, something that the Macedonians had never seen before. Alexander then took over the lands of the defeated kings.

The Gupta period has been referred to as the Golden Age of Indian history. When Chandragupt I received the gift of Pataliputra in dowry when he married the daughter of the chief of the ‘Licchavis’, he started to lay down the foundation of his empire, which extended from the river Ganges or the Ganga to the city of Allahabad. He ruled for 15 years and was also referred to as the ‘king of kings’ for his strategic conquests and the flourishing state of India.

The last of the ancient kingdoms in India was by the king Harshavardhana, who ascended the throne at Thanneshwar and Kannauj after his brother died. While successful in a few of his conquests, he eventually got defeated by the Chalukya Kingdom of Deccan India. Harshavardhana was well-known for establishing relations with the Chinese, and also for having high religious tolerance and strong administrative capabilities.

The medieval history of India is renowned for deriving a lot of its character from Islamic kingdoms. Extending across almost three generations, medieval India included a number of kingdoms and dynasties:

The Cholas were the most important rulers at this time, the 9th Century AD. Their kingdom covered a large part of South India, including Sri Lanka and the Maldives. While the rulers ruled bravely and carried out the annexation of multiple territories in India, the empire came to an end in the 14th Century AD with an invasion by a man named Kafur Malik. The monuments from the Chola Dynasty are still intact and are known for their rustic charm.

The next major empire was that of the Mughals, preceded by a rise in Islamic rulers. The invasion of Timur was a significant point in Indian history before a Hindu revival movement called the Bhakti movement, came to be. Finally, in the 16th Century, the Mughal empire started to rise. One of the greatest empires of India, the Mughal empire was a rich and glorious one, with the whole of India united and ruled by one monarch. The Mughal Kings were Babar, Humayun, Sher Shah Suri (not a Mughal king), Akbar, Jehangir, Shah Jahan, and Aurangzeb. They were responsible for setting up efficient public administration, laying out infrastructure, and promoting the arts. A large number of monuments in India today exist from the Mughal period. The death of the last Mughal King, Aurangzeb, sowed the seeds of disintegration within India. Influencers of Islamic architecture in India, the Mughal kings are still looked back in awe.

Emperor Akbar, also known as Akbar the Great or Jalaluddin Muhammad Akbar, was the third emperor of the Mughal Empire, after Babur and Humayun. He was the son of Nasiruddin Humayun and succeeded him as the emperor in the year 1556 when he was only 13 years old.

Shah Jahan, also known as Shahbuddin Mohammed Shah Jahan, was a Mughal Emperor who ruled in the Indian Subcontinent from 1628 to 1658. He was the fifth Mughal ruler, after Babur, Humayun, Akbar, and Jahangir. Shah Jahan succeeded the throne after revolting against his father, Jahangir.

Chatrapati Shivaji Maharaj was the founder of the Maratha Empire in western India. He is considered to be one of the greatest warriors of his time and even today, stories of his exploits are narrated as a part of the folklore. King Shivaji used the guerrilla tactics to capture a part of, the then, dominant Mughal empire.

During the late 16th and the 17th Centuries, the European trading companies in India competed with each other ferociously. By the last quarter of the 18th Century, the English had outdone all others and established themselves as the dominant power in India. The British administered India for a period of about two centuries and brought about revolutionary changes in the social, political and economic life of the country.

However, the zenith of colonisation was achieved when the British arrived in the early 1600s as traders. Capitalizing on the disintegration that existed in India after the Mughal rule, the British actively used the strategy of ‘divide-and-rule’ to rule over India for over 2 centuries. While the British had come in earlier, they only achieved political power in 1757 AD after the Battle of Plassey.

They took a keen interest in the resources that India had to offered and have been looked back at as plunderers of India’s wealth of resources - as they took cotton, spices, silk, and tea, amongst numerous other resources. While they did lay out a massive chunk of India’s infrastructure, by also bringing the Indians steam engines, it is seldom looked back at as an equal relationship. The British Raj was divisive and pit Indians against one another, on the basis of religion; and also mistreated the laborers. The Indians were essentially slaves of the British rule and were working hard without any returns on their work. This, naturally, led to multiple mutinies; and prominent freedom fighters came to the forefront. Different ideologies of thought believed that there were different ways of gaining freedom; however, they all had one common goal - freedom.

The British queen had asserted that the aim of the British was to help India progress - however, multiple problems arose without the consultation of Indian leaders. One important instance of this was when in the First World War, Britain launched an attack on Germany on behalf of India, even though India did not wish for that to happen; and millions of Indian soldiers were at the forefront of the British Indian Army during both the world wars - further fuelling the Indian resistance. Over a million Indian soldiers were killed in both the World Wars.