What is the Smallest Country in the World?

By suosuo (self media writer) | 2 years ago

What is the Smallest Country in the World?

Vatican City (the Holy See) is the smallest country in the world. 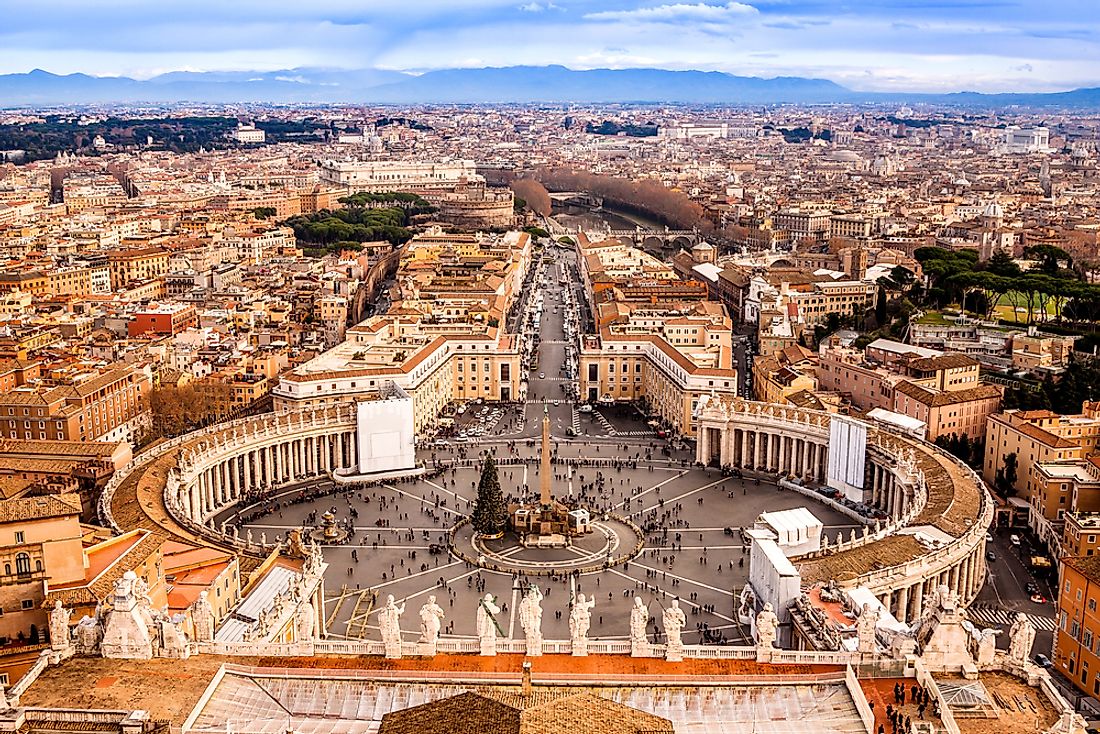 While Russia, Canada, and the United States top the list of the largest countries by land mass in the world, the tail end of the list is held by the tiny State of Vatican City. The Vatican ranks smallest on the listing of the smallest countries in the world. The Vatican covers an area of about 110 acres and has a population of approximately 1,000 people. However, it is not formally a sovereign state, with the sovereignty held by the Holy See. Vatican City is an example of an ecclesiastical state, with the Pope as the head of state. Vatican City was officially established in 1929, following the signing of the Lateran Treaty between Italy and the Holy See. It remains a significant cultural and religious state for the millions of Catholics, featuring several sculptures and paintings.

The name “Vatican” was used during the Roman Republic to refer to a marshy area located on the west bank of Tiber. Several villas were constructed there during the Roman Empire. Between 14 and 18 BC, Agripinna the Elder drained the area and planted a garden. Even before the arrival of Christians in the area, the Vatican was already considered sacred and not available for habitation. In 326, a Constantinian basilica was built in there, over what was believed to the tomb of Saint Peter. The activities at the Basilica led to an increased population at the Vatican, hence the construction of a palace in the 5th century. Popes soon became the governors of the regions near Rome, ruling the Papal State. The pope’s reign in the region came to an end in the mid-19th century following the unification of Italy. Pope’s influence was limited to the Vatican compound until 1929 following the signing of the Lateran Treaty. The treaty led to the founding of the state of Vatican City. The region of Vatican City forms part of the Mons Vaticanus and the former Vatican Fields. The territory of Vatican City is where several historical and cultural sites are located; Saint Peter’s Basilica, Apostolic Palace, and the Sistine Chapel alongside other significant building. During the preparation of the Lateran Treaty, the boundary of the proposed state was influenced by the fact that the much of it was enclosed by the wall and certain buildings. The territory included the Saint Peter’s Square but normally patrolled by the Italian police Other properties located in the Italian territory such as the Papal Palace and the major basilicas have extraterritorial status, housing important offices, and institutions necessary for the mission of the Holy See. Vatican City experiences a Mediterranean climate which is characterized by a rainy winter and dry summer.

Vatican City has a population of about 1,000 people, with the majority of the population living within the Vatican wall. The population consists mainly of two groups - the priests, who also double as the officials of the state, and the Swiss Guard. Several lay workers reside outside the state and are citizens of Italy. The Vatican City is headed by the Pope who is also doubles as the head of the Roman Catholic. He has legislative, judicial, and executive powers over the state. The legislative authority is exercised by the Pontifical Commission, appointed by the Pope to a five-year term.

Content created and supplied by: suosuo (via Opera News )