Africa has many interesting facts:Take a look at the facts.

By Sirax | self meida writer
Published 9 months ago - 7 views

Here are some of the facts about Africa.

1)Africa has the largest desert in the world which is the sahara.

2)Egypt is known as the highest tourist destination in Africa,it attracts about 10 million visitors every year.

3)The hottest place in the world is in Al'Aziziyah in Libya.

4)The central Africa is said by scientists to be the origin of humans.The earliest remains of human species homo sapiens was found in Ethiopia and dates back to over 200 thousand years ago.

5)The Europeans first started exploring the north coast of Africa in 332 B.C which was when Alexander the great came into Egypt and established the city of Alexandria.

6)During the first century A.D, Africa had already been subdivided by geographers into three distinct regions which were called Egypt, Ethiopia and Libya.

7)Islam started to have prominent influence in North Africa by the the seventh century and later spread to the sub Saharan through migration and trade routes.North Africa is still considered Muslim today.

8)Before the colonization of the African continent, historians believed Africa was made up of over more than 10,000 different States (nations) and groups,that is from family groups of hunter gathered to kingdoms.For example in Anambra,there were over more than 10 independent States in the old times.

9)Only two nations were never colonised by any European power which are Libya and Ethiopia.

10)The second Congo war,which started in 1998 and involved over eight African nations is the largest war in African history. It us estimated that over 5.4 million people died.It is also the deadliest world wide conflict since world war 2.The war ended in 2006.

davido wedding lagos state environmental sanitation merrybet mobile page olamide spirit download vincent enyeama
Opera News is a free to use platform and the views and opinions expressed herein are solely those of the author and do not represent, reflect or express the views of Opera News. Any/all written content and images displayed are provided by the blogger/author, appear herein as submitted by the blogger/author and are unedited by Opera News. Opera News does not consent to nor does it condone the posting of any content that violates the rights (including the copyrights) of any third party, nor content that may malign, inter alia, any religion, ethnic group, organization, gender, company, or individual. Opera News furthermore does not condone the use of our platform for the purposes encouraging/endorsing hate speech, violation of human rights and/or utterances of a defamatory nature. If the content contained herein violates any of your rights, including those of copyright, and/or violates any the above mentioned factors, you are requested to immediately notify us using via the following email address operanews-external(at)opera.com and/or report the article using the available reporting functionality built into our Platform

A 25 Year Old Nigerian Man Was Sentenced To Death Yesterday In Vietnam, See What He Did 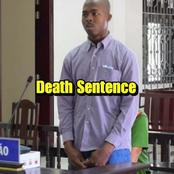 Nigerian man who was paid N247,000 to traffic drugs to Vietnam has been sentenced to death 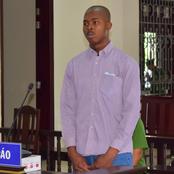 Another Nigerian Sentenced To Death In An Asian Country, Check Out What He Did 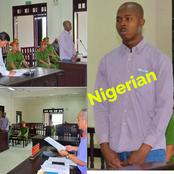 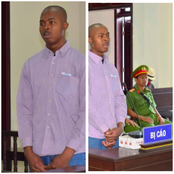 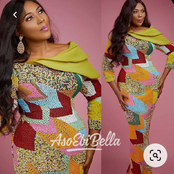 2023: How Realistic Is The Igbo Presidency? 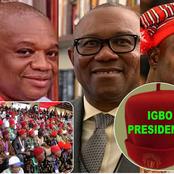 Photos: Nigerian Man Sentenced To Death In Vietnam, See What He Did. 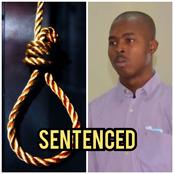 Twitter in Ghana: Here Are Other Major Technology Companies in Africa and Countries They Operate 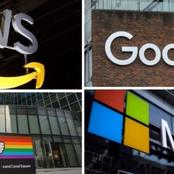 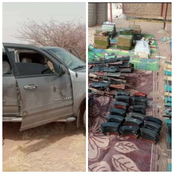 Check Out What A Ghanaian Woman Said About Twitter CEO, Jack That Caused Reactions 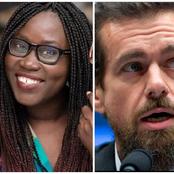