Beautiful Places To Visit In Nigeria

By Sammystandard (self media writer) | 2 years ago

Good structured places are sights for the eyes to feed on. These places may be a work of nature or handiwork of human being but either way, extraordinariness should be appreciated. Nigeria as a country isn't deprived of having these types of excellent landforms and places with many people around the world coming to marvel.

Many are known, the Kanji dam, Olumo rock, Obudu Ranch or Resort, Obafemi Awolowo university and others that are famous but are many place remaining that are not common but are extremely beautiful and should attract more tourists like others do. They will beshowcased below. 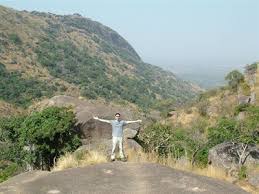 Located in the ancient Kaura Local government, Kano state, this hill is extremely beautiful and the land form is amazing. It takes a more animation look with its greenery and resembles the house Shrek, a cartoon character lives. 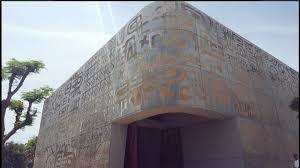 After the first premier president was assassinated, he was buried in his hometown, Bauchi. His grave has been declared a national monument. The northern Nigerian designs put around the walls of the area is superb. A visit will show "it is superb" is an understatement.

Owned by world renowned artist, Davies-OkundayeDavies-Okundaye, Nike, the place presents art works that ranges from the native Adore dyed clothes to the wax improved designs to many other painted works. Most are the handiwork of the artist or her apprentice but the collection is so beautiful than to be underrated as it is now. It's located in Edo state.

Africa only has two suspended lakes which the Iseyin Local Government lake is among. It covers 20 square metres coupled with the exclamatory hill it stood. Even without much intervention to become a national tourist centre, it is still beautiful. There are reports of a tree resembling an elephant residing near it and a hole that one will disappear if one dips one's leg into.

"Seven waterfalls in one" is the name given by many people who marvel t this work of nature. Seven different streams falls off a cliff to form a later one body of water. It is located in Cross river state.

As much as human being needs to work to earn, there are needs to rest and have fun. This resort located in a peaceful area near Calabar in Cross river has a perfect means to give one fun. It has a 243-room luxury hotel named Amber TINAPA with an amusement park apart. Swimming pools are made available aside. The resort is loved for its building and the good breath of fresh air.

Northerners in Nigeria are mostly Muslims. They build mosques where they worship their supernatural being. Gobarau Minaret, located in Katsina state is an extreme work of architectural designs. It was built with clay and wood but it was built high and it still stands till date.

JOS AND ITS ROCK FORMATIONS

Shere Hills and the National Museum are known but there are more beautiful rock and landform in this state. No matter where one visits, the eyes will be pleased, leaving the mouth open to surprise.

Local attires are made not from magic but from processes done without intervention of civilization. The dye pits which was named Kofar Mata has its antiquity coupled with awesomeness. A visit will convince the mind it is beautiful, plus the amazing stories that will told if one get a tour director to guide one through the place

1. Aba Temple of the Latter-Day Saints

And many others which are unmentioned.