5 most mysterious places in the world.

By theWest (self media writer) | 2 years ago 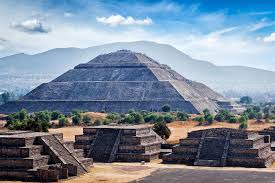 The earth is full of many mysteries and wonders that surprise humans. Ranging from strange locations to objects I will be listing the 5 most mysterious places in the world in this article. 1.      Area 51: Area 51 is an Air force-facility located within the Nevada Test and Training Range, has captured the imagination of conspiracy theorists and the Hollywood. The top secret military base is surrounded by barren deserts. There were rumors that speak about the planes of aliens, and a strange moon landing on the premises. Curious people have been heard exploring the place but was denied access into the Area 51 building. 2.      The Bermuda Triangle: The Bermuda triangle is the most famous mysterious place in the world. The large area in the Atlantic Ocean between the island of Bermuda, Miami and San Juan, Puerto Rico. More than 50 ships and 20 planes have been said to have been mysteriously disappeared without explanation around that area. 3.      Eternal Flame Falls (Chestnut Ridge Park, New York): There is an orange-red light glowing behind a waterfall if you follow the route to shale creek in New York’s Chestnut Ridge Park. The eternal flame burning behind the water is fueled by methane gas escaping through cracks on the rock. At times the water put off the flame, but visitors would light it up usually with a lighter to keep the magic flame alive. 4.      The Great Pyramid of Giza (Egypt): The great pyramid of Giza has been captivating humankind for over thousands of years. The pyramid continues to be visited by tourists around the world. Scholars are still baffled about how the 455 foot-tall pyramids were created without modern tools.

5.      Roswell, New Mexico: Roswell, New Mexico became synonymous with the search for aliens after a UFO crashed therein 1947. A ranch worker claimed he found debris from a flying saucer crash. The U.S. government later explained the incident away as a crashed weather balloon, though some people did not buy this explanation. Thousands of people from around the world descended on Roswell, which today has its tongue planted firmly in its cheek. Which one of these is your favorite, let us know in the comment section below. Don’t forget to like and share this article so others can see it.

Content created and supplied by: theWest (via Opera News )