Top 9 Demon Hunted Dolls You Should Never Allow Into Your Home.

By Swarmsblog (self media writer) | 1 year ago 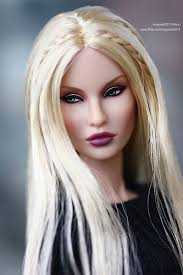 No doubt that children find comfort in dolls, they consider it as a fun and delightful companion during playtime or as a consolers when they are been looked down on by parents or friends.

As they grow older, these cherished playthings or partners turns into pure nightmare fuel that even to look into their eye is breathe taking.

The vacant eyes and frozen grins are scary enough to break ones limbs.

But what could happen or what will you say when a doll stirs into your eyes in the night—and starts moving around on its own?

Many of these play mates (Dolls) has been tested and has been found to be more lively as anything and could impose danger to your home when brought in.

The haunted dolls below are known for haunting dreams, scurrying through homes, and bringing misfortune upon anyone unlucky enough to come into contact with them.

Ed and Lorraine Warren were the two partners who worked as paranormal investigators during the time Annabelle was imprisoned in a glass case after been noticed to be alive.

Annabelle is a Raggedy Ann doll, which was designed in such a scary way that no kid could ever look into it's eye without been reported acting strange later on.

Annabelle the doll is so famous that she was the inspiration for a movie casting and sequel.

The story of this creepy looking doll is not sweet at all. According to the Warrens, Annabelle was given to a young nursing student named Donna by her mother in 1970. The doll would move around the apartment when Donna and her roommate Angie were not at home.

The young women were willing to put up with a doll that moved around on her own, but things soon got scarier. The doll left notes asking for help. Then she attacked Angie’s boyfriend. When the young women found blood on the doll’s dress, they called in a psychic.

psychic revealed the doll was possessed by the spirit of a girl named Annabelle.

The girls’ next call was to the Warrens who took Annabelle out of their hands, putting her in a glass case with a written warning to the unsuspecting: “Positively Do Not Open.”

Robert was an inspiration for the terrifying Chucky doll of the Child's play movie series.

Robert is a life-sized doll, which is rather unusual in itself. It was reportedly made by the famous Steiff toy company in Germany. It was given to the Florida artist Robert Eugene Otto as a birthday present when he was a child in 1904.

His grandfather had bought it while on a trip to Germany. The doll wears a sailor suit that was probably a childhood outfit of the real Gene.

Another story has it that the doll was a gift from a malicious voodoo-practicing maid as revenge for some unknown wrongdoing by the family.

The stories of Robert strange behavior began early after the birthday party, with the reports of the doll changing expressions and moving around the house on its own.

One report says that Gene himself unleashed the doll’s powers by blaming his childhood misdeeds on the life-size doll who wore his clothes and had his name.

Also, those who lived in the house reported hearing Gene talking to Robert—perhaps not that unusual, but Robert would talk back.

As the years went on, Robert’s deeds turned darker. The doll is blamed for many misfortunes including financial collapse, broken bones, and car accidents. Robert remained in the Otto family home in Key West, Florida throughout Gene’s life and even after his death.

The house passed to new owners who kept the ‘living’ doll for twenty years. Robert now resides in a misum which is in Key West, where brave tourists can visit it or probably have a picture with it. 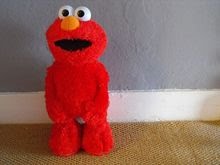 The furry red Elmo doll is one of the most successful toys ever sold since the creations of dolls.

Talking Elmo dolls have been a must wanted holiday gift from most children since the first one was sold in 1996.

Early Elmos could giggle when they were tickled. They acquired larger speech abilities as the years went on.

Elmo which was reported to know it purchasers name was first bought by the Bowman family in 2008 for their two-year-old son James. "Elmo Knows Your Name" was programmed to speak its owner’s name along with a few other phrases. But when the Bowmans changed Elmo’s batteries, he started humming in a sing-songy voice, as it finally drop a heart melting chanted “Kill James.” The parent of the young james didn't find it funny as they immidiatly dispose the doll.

Mandy the doll was reported to be a hard partner who does not play well with others. In the Quesnel Museum which is in Canada is where she now lives.

Staff says that they must keep her in a separate display case. When she is displayed with other dolls, she knocks them over. Staff also report their lunches disappear and that visitors’ cameras often fail when taking pictures of the doll.

Mandy is a porcelain baby doll, probably manufactured in Europe around 1910. The woman who donated her reportedly told the museum she was getting rid of the doll because it would cry at night.

The most haunted dolls are dumped by their owners when they start behaving badly,

but the owners of these eight dolls were reportedly interested in paranormal phenomena and bought this collection because they were said to be possessed by demons.

The names of the 8 dolls are Chrystal, Monika, Sharla, True, Isaac, Lilly, Cameron and Ashley. The owners have a cctv camera installed in the stall where they are kept to constantly record the dolls and other parts of the house. In 2009.

One of the cctv cameras appears to have captured something weird one fateful day, a ghostly boy appearing at the bottom of a staircase.

More like the few of the dolls on this list, Ruby was the most strangest doll as it was reported never to stay in one place at a time.

Its owners often found the doll in different rooms of the house.

According to the story its former owners told paranormal investigators, Ruby has been passed down from generation to generation. The doll’s spooky origin traces back many years ago to a young family relative, who was said to have passed away while clutching the figurine.

After jumping between different family members, Ruby has now found her forever home at the traveling museum of the paranormaland the occult, where visitors often feel an overwhelming feeling of sorrow from the doll.

Charley was first discovered in the attic of an old Victorian home in upstate New York in 1968.

Charley was locked away inside a trunk with newspapers dating back to the 1930s and a yellowed piece of paper that had the Lord’s Prayer written on it. The family placed the figurine on display with their other dolls and toys. Soon, Charley seemed to move on its own, swapping places with the other toys.

Not long thereafter, the family’s youngest daughter claimed that Charley spoke to her in the middle of the night.

The parents dismissed the claim, taking it up to their daughter’s overactive imagination. But the little girl and her siblings were terrified of Charley; they refused to go near it.

When mysterious scratches appeared on the little girl’s body, the family decided to lock Charley back up in the attic trunk. Charley now resides at Local Artisan.

8. Island of the Dolls

The famous Island of the dolls is located in the Xochimilco canal system in southern part of Mexico City.

The island is completely covered by broken and decaying dolls that hang from the trees.

The dolls were placed there by Julián Santana Barrera, the former owner of the island who decorated the island with dolls in an effort to appease the spirit of a girl who was drowned in a nearby beach.

The site is only accessible by boat. Given its scary backstory and unsettling state.

The Island of the Dolls is a popular tourist destination. Those who visit the island and walk among the dolls often claim the figurines “whisper” to them. Visitors are also encouraged to leave offerings or other dolls on the island to add to the collection.

Letta the Doll, also known as Letta Me Out, is truly one of scariest looking haunted dolls out there.

The child-sized figurine is said to be about 200 years old, and is made of carved wood and real human hair. The doll’s owner, Kerry Walton, claims to have found Letta in the 1970s while exploring a deserted home in Wagga Wagga, Australia.

Walton brought back the figurine to his home in Queensland. Soon he started noticing strange events in his home.

Starting from household items shifting it's positions. Scuffmarks appeared on the floor.

Walton’s children complained of nightmares; one night, they woke up screaming that Letta was talking and moving around on its own.

Dogs turned aggressive whenever they were near the doll while guests claimed to see the doll move. At some point, Walton tried to sell off Letta—only to find that he physically couldn’t get him out of the car.

Walton asserts Letta’s origins trace back to Eastern Europe. He believes the doll is a vessel, which was Hunted by the spirit of a boy who drowned many years ago.

Letta currently tours around Australia with Walton, sitting on the laps of those who are brave enough to take a picture with the grinning figurine.

Content created and supplied by: Swarmsblog (via Opera News )