10 Most Peaceful Countries To Visit For Vacations

We know travel plans are impacted right now. But to fulfill your wanderlust, we'll continue to share stories that can inspire your next adventure. Any experienced globetrotter will tell you that the ability to feel safe while traveling is huge. Choosing a destination known for its peacefulness while planning a vacation may not guarantee anything, but it is certainly a good place to start. 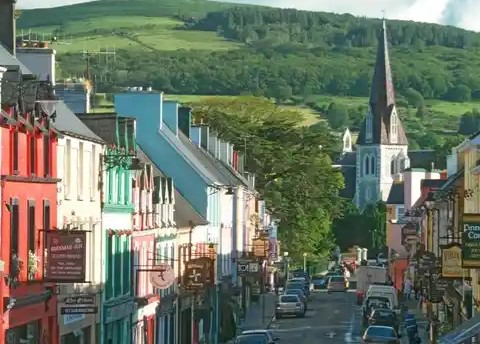 Ireland has plenty of draws for travelers, from rolling green hills to a laid-back lifestyle and a whole lot of Guinness. Add safety and peace to the list, as well.

Rates of crime are low here, and the political scene is relatively low-key. And this is the sixth-least militarized country in the world to boot.

Ireland’s GPI score has improved since last year, and the country also saw a higher regional rank of sixth overall for European nations. Japan saw a decrease in overall peacefulness in 2018, in part because it imported more weapons last year.

Homicide rates have trended downward in the country over the past decade, and out of the three countries that have incarceration data from the first half of the 20th century (Japan, U.S., UK), it is the only one that can tout decreasing lock-up rates.

The country also has relatively low levels of crime, especially compared to the United States, where crime levels are roughly four times as high.

The 2020 Olympics to be held in Tokyo have the potential to boost Japan’s economy (not to mention its tourism infrastructure) even more, so now's an especially good time to visit. Singapore made peacefulness improvements across the board in 2018. The country went up a whopping 13 places since the previous year, from 21st, in large part due to its fourth-place societal safety and security ranking. The country has stayed out of domestic and international conflict, and boasts crime rates so low, many shops don’t even lock up.

The biggest thing holding the country back from a higher spot is its militarization; Singapore remains one of the most heavily militarized countries in the world, and as it faces regional tensions and increased military spending by neighbors, this doesn’t look likely to change anytime soon.

Fortunately, this military presence has minimal impact on tourists, who can enjoy a country that’s not only exceptionally safe, but exceptionally (and famously) clean. Along with Singapore, the Czech Republic has made the greatest sustained improvements in peacefulness over the last 10-year period, especially in areas such as personal security and international relations. Additionally, the country is the eighth most peaceful in terms of militarization.

According to the most recent OECD Economic Survey, the Czech Republic economy “is thriving” with 4.6% growth in 2017. When it comes to unemployment, the country has some of the lowest numbers in Europe.

The majority of the Czech Republic doesn’t experience any major safety issues. But pickpocketing and petty theft can be a problem in big cities, so it’s a good idea to be extra vigilant while traveling in places like Prague. Canada continues to rank number one in peacefulness for the North American region. However, the country has deteriorated in the terrorism category after two high-profile 2017 incidents: the Quebec mosque shooting in January and the Edmonton attack in October.

One of the wealthiest countries in the world, Canada remains an economically successful nation despite recent trade tensions with the United States. As one of the largest landmasses in the world with a relatively small population (just under 37 million), the country is also known for its peace and quiet.

This solitude is best enjoyed in Canada's exceptional national parks. Or, to experience some hustle and bustle (without a high risk of crime — it's relatively low here), head to cities like Vancouver and Toronto. The story isn’t entirely positive for this Scandinavian country. Data collected by GPI surveys revealed that the public perception of violence has increased in Denmark, with three-quarters of the population reporting that they’ve sensed a boost in violent crime in the past five years.

But this is all relative; even with this change, Denmark managed to rank third for societal safety and security.

Due to high levels of work-life balance, income equality, health care and good education (its literacy rate is 100%!), Denmark also ranks as the third-happiest country in the world according to the 2018 UN World Happiness Report. For immigrants making a life in Denmark, the country ranks second place for happiness globally.

Travelers, take note: this country known for its fairytale charm and hygge philosophy on contentment will keep you safe and happy. Thanks in part to its isolation (its only bordering country is Spain), Portugal has a low rate of terrorism and violent crime. Better still, the location allows for a unique preservation of culture and landscape.

The cost of living in Portugal is lower than the United States by about 28%, with cost of rent about 46% lower, making it one of the most affordable destinations in Europe as well. Unemployment rates in the country have improved over the years and citizens are known globally for their convivial demeanor. On a recent list of the world’s friendliest countries, Portugal nabbed the top spot.

In other words, there's a lot to recommend this peaceful country. Just one word of caution, though: on public transport and in highly trafficked tourist areas, pickpocketing is quite common, so be on alert. Austria has a low rate of violent crime, though petty incidents like pickpocketing can occur within tourist-heavy areas. Additionally, visitors can be targeted specifically for passports and money, especially in the big cities. It’s also wise to take care while driving in the country, as Austria has a higher average of road deaths compared to the rest of the UK.

All that said, this is clearly a very peaceful place in general, as evidenced by its high GPI rankings across the board.

The state of peace in Austria is monitored by an independent organization called the Austrian Study Centre for Peace and Conflict Resolution, founded in 1982. In addition to encouraging peace within the country, the organization also promotes peace education through training programs and scientific courses. New Zealand ranked number one for peacefulness in the Asia-Pacific region, beating out both Singapore and Japan. This shouldn’t come as a surprise, as the country hasn’t gone below fourth place in the GPI in 10 years.

The government website for New Zealand immigration credits this status to the country’s low amount of violent crime and lack of community issues. Generally, people in the country believe that their fellow citizens should be able to live the lifestyle they choose without interference. New Zealand is tied with Denmark as the least corrupt country in the world, according to the Transparency International 2017 Corruption Perception Index.

Traveling around New Zealand is easy. Bus drivers and public transportation workers are helpful in giving directions, and there are often laws in place forbidding hidden costs and fees in purchases.

What awaits those who travel to this wholly pleasant country? Maori culture, world-renowned surf breaks and, of course, epic “Lord of the Rings” landscapes. The most peaceful country on earth has no military and very few armed officers due to an almost non-existent crime rate. What’s more, citizens must pass a series of substantial tests in order to purchase a gun, including a psychological evaluation, a strict criminal background check and a physical exam from a medical doctor. After that, citizens need to take a three-day class with a passing grade and provide proof of safe gun storage.

The 2018 World Happiness Report additionally ranked Iceland as the fourth happiest country based on criteria like life expectancy, freedom and generosity. The country enjoys both universal health care and universal education, as well as virtually no social class system (there are neither high levels of poverty nor high levels of wealth).

This peacefulness is one of many reasons why Iceland has become such a popular place for hitchhiking and campervan adventures, and why tourists are heading there in droves.