Top 5 Most Sexually Immoral Countries In The World.

By meloMind (self media writer) | 2 years ago 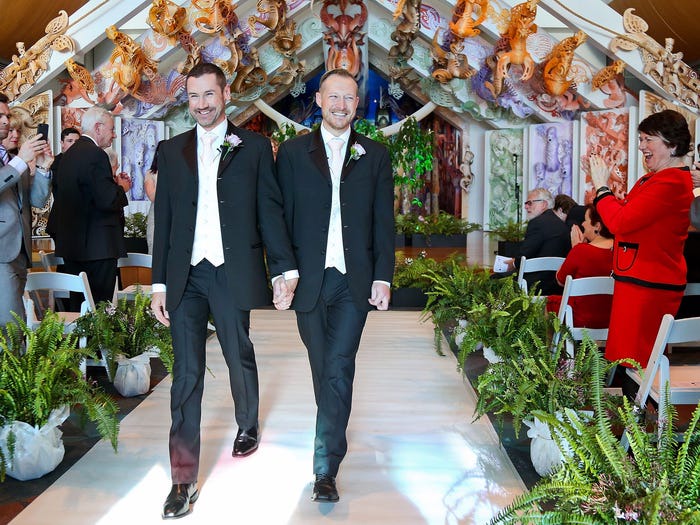 Sexual immorality is a very deeply rooted element of the modern world, even in the ancient world. It is highly ingrained in the thoughts of every man who has not destroyed it; its a very pervasive culture of the modern society.

To be sexually immoral means to have constant desire and cravings for all that gives sexual pleasure outside the one provided, approved and guided by God our Creator. Sexual immorality entails sexual gratification derived from cohabitation, pornography, promiscuity, fornication, homosexuality, adultery, dirty jokes and talks, prostitution, e.t.c. It also include indecency in dressing that makes one look very sexually appealing and attractive and nude.

Sexual immorality is the very foundation of the depravity and corruption of the mind of the man. Bibilically, it is a sin of the very highest order.

In this article I will list out the 5 most sexually immoral countries. It's drawn from the data given in the World Index for Moral Freedom (WIMF). 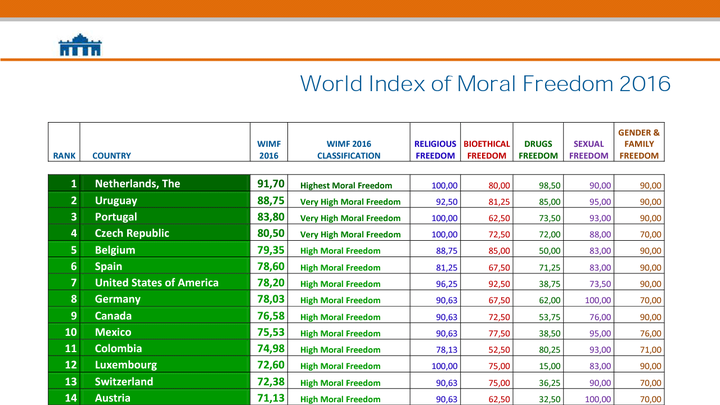 Before the listing, let's briefly discuss the data. The data presented here is a publication from the Foundation for the Advancement of Liberty in April, 2016. The WIMF uses categorized 5 indicators to classify the moral freedom of countries. According to them, moral freedom means the absence of state-imposed moral constraint; it is the absence of moral coercion in a state. This means individuals are to live the life they want to.

The catheories of indicators are

2. Bioethical indicators - this centers on the legalization of abortion, which account in this category 62.5%, euthanasia accounting for 25% and 12.5% shared among the other main bioethical freedom indicators: general biogenetic policy, rules on stem cell research, restrictions on therapeutical cloning and constraint on surrogacy (the practice of hiring a woman to bear the child of a sterile or LGBT couple, with or without an economic compensation)

3. Drugs indicators - this focuses on the freedom to use cannabis and other hard drugs.

4. Sexuality indicators - In this category, indicator weights are more distributed: 40% is allocated to the free consumption of pornographic content, as censorship still plays a significant role in many countries. 35% is reserved to the legal status of prostitution, and 25% to the legal age of sexual consent.

From these categories of indicators, 3 out of the 5 will be used to put these top 5 countries into the most sexually immoral. The 3 indicators to be used are the Bioethical indicators, the Sexuality indicators and the Gender & family indicators. These 3 indicators are chosen because what they address constitute, Bibilically, the sexual depravity and immorality of man.

Here are the top 5 most sexually immoral countries: Though, looking from the 2016 data given by the WIMF, the US is never the number one but in the seventh position. This is almost four years since the report was given. I personally placed the US as the number one for the following reasons:

b. The US has the highest number of prostitutes in the world. As of 2010, a report from Fondation Scelles shows that there were about 40 to 42 million prostitutes all over the world, and that the US has over 1 million share of it - imagine the present. This means it is a very good business as they are highly patronized by the depraved minds fueled by pornography.

Their fashion is all about slaying and nudity, so found among the celebrities. In their movies, both the ones rated for children, you must hear then talk romantic relationship like its a normal thing for all ages (in most of their kid's shows and movies you'll hear about dating as most of their teens have dates).

The city of Portland has the highest number of strip club.

According to a UN abortion data, US has an abortion rate of 19.6 making the 6th largest in the world.

The US has legalized same-sex marriage. This country is supposed to be the number one in this list following the data from the WIMF, and according to the data, The Netherlands has the most moral freedom as the country scored very high in each category of the 5 indicators. This means that 9, if not all, out of 10 citizens indulges in prostitution, fornication, cohabitation, same-sex marriage, pornography, surrogacy, and many more as described in the 3 indicators for sexual immorality.

This country was the first to legalize same-sex marriage in 2001. 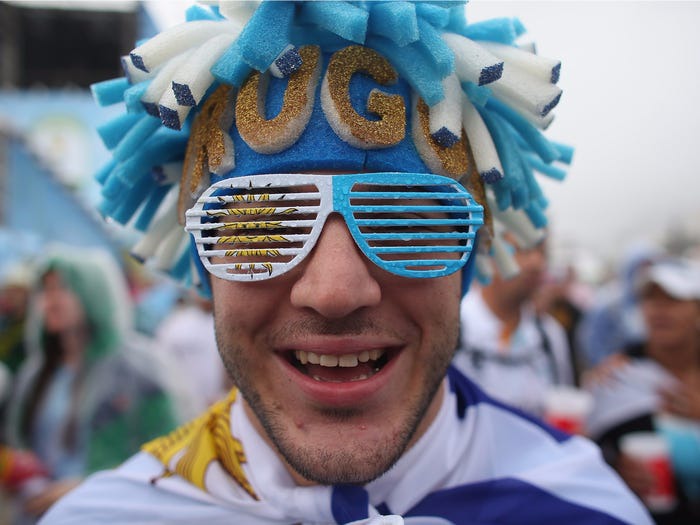 This country tops number 3 in our list of the most sexually immoral countries, and number 2 in WIMF most liberal country that has moral freedom. This means that 8 out of 10 people are sexually depraved in prostitution, fornication, pornography, e.t.c. 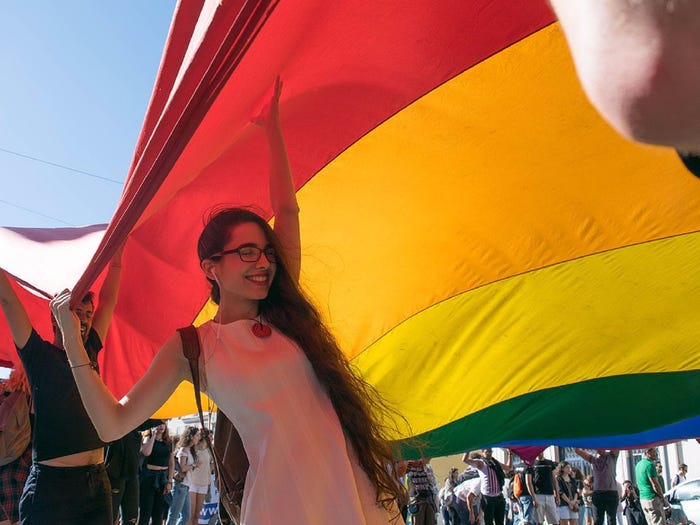 Portugal is considered as the world's most liberal country in 3rd position in the WIMF index.

This means that the citizens in every 7 out 10 are sexually immoral in such acts as pornography, LGBT, prostitution. The index shows the moral depravity of the citizens. L Brazil is not even among the top ten most liberal countries given by the WIMF. Brazil is chosen because it's considered as the world's most sexual tourists place; tourists visit there because of the sexual pleasure that their women give. They even enjoy having sexual activities in the open beach.

Brazil is the second largest user of the popular dating app Tinder after the US. About 100 million people use the app. This is half the population size of the country. They use other apps for sexual hook up.

There is high nudity during their carnivals. As the country that has world's largest carnivals, its commonly said that what goes on like handshakes during the carnival is romantic kissing.

Sexual immorality is a very grave sin. It tells how corrupt an individual is, and then consequently a nation.

Be warned, it pays to be pure.

Content created and supplied by: meloMind (via Opera News )