The Heaviest Building In The World, A Monument That Killed Several People

By D_Kenny (self media writer) | 2 years ago

There are numerous gigantic buildings in the world as of today, The Pentagon, World Trade Centre in USA, Al-Burj Khalifa in UAE and our own Cocoa House in Nigeria(lol) . However, there is one unique house that is second to none in the world, The Palace of Parliament. 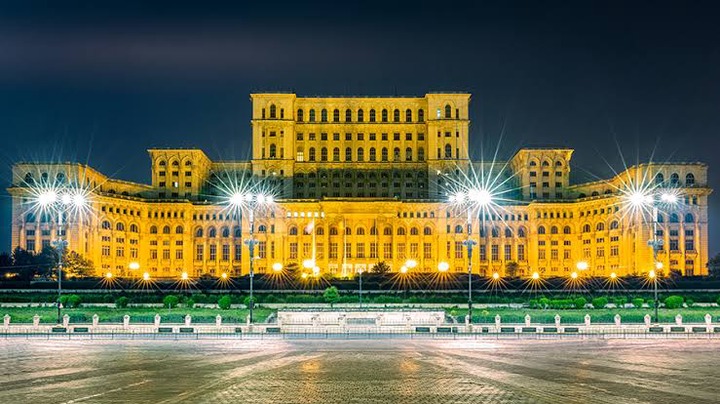 It's a monument to a madman. A vast palace that took 13 years to build with 2.7 million tonnes of marble especially mined from the local mountains, nine kilometres of corridors, 15,000 dazzling chandeliers, and a retractable glass ceiling so a helicopter can land inside. And yet this bizarre beacon of power and privilege sits among so much grinding poverty in Romania (according to the World Bank, it has the largest population living in poverty of any country in the EU). 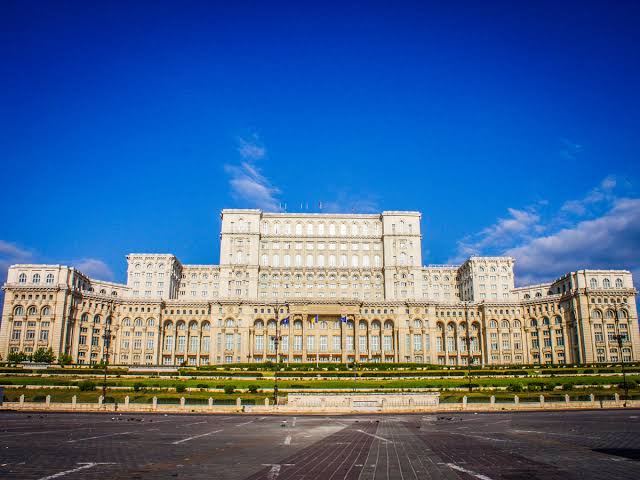 For this is the house that Ceausescu built, the Romanian communist dictator better known as the Butcher of Bucharest, who ruled the country with an iron fist for nearly 25 years until 1989. Nicolae Ceausescu demolished homes and ancient monasteries alike to accommodate his 365,000sqm Taj Mahal of terror. The Magnificent Building remains a monument because it is the heaviest structure in the world and also be regarded as a house of terror

Some strange facts about Palace of the Parliament

During the reign of Ceaușescu, for him to build this edifice:

* So many of his countrymen starved, kids died in orphanages, protesters were slaughtered on his orders and his political foes disappeared,

* 710 architects and up to 100,000 conscripted soldiers and 'volunteers' laboured to create this astonishing Palace of the Parliament.

* About 3,000 workers died during the construction of the building.

* The works were carried out with forced labor of soldiers and so the cost was minimized.

* It's a tall building of 86 metres high, but it also extends 90 metres underground.

* 700,000 tonnes of steel and bronze for monumental doors and windows, chandeliers, and capitals.

* 200,000 square metres (2,200,000 sq ft) of woolen carpets of various dimensions (machines had to be moved inside the building to weave some of the larger carpets); velvet and brocade curtains adorned with embroideries and passementeries in silver and gold. 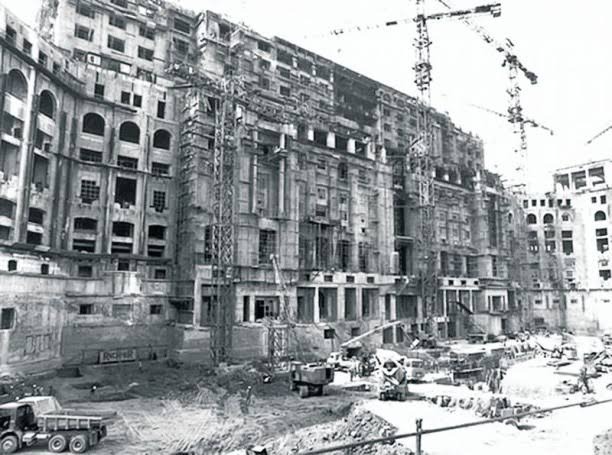 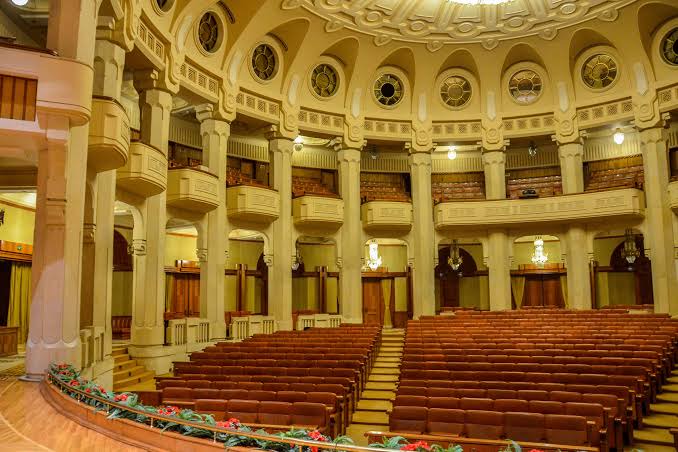 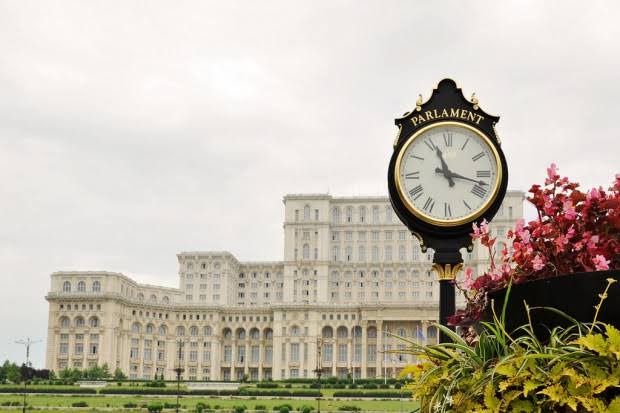 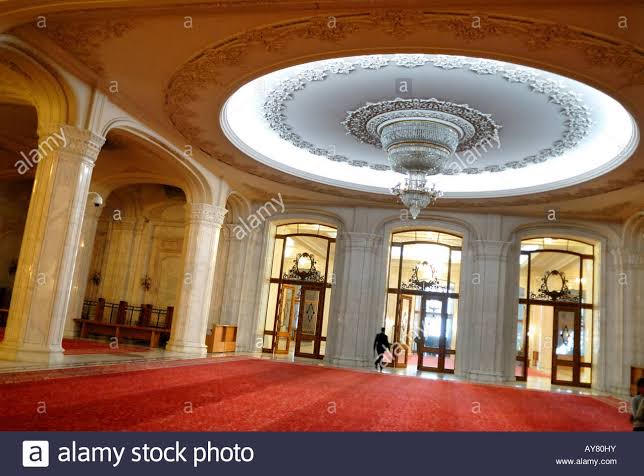 Due to its impressive endowments, events organized by state institutions and international bodies such as conferences, symposia, and others take place there, but even so about 70% of the building still remains empty

The entry hall, all gleaming marble, intricate mosaics and glistering gold plate-lined walls, leads to a vast white marble staircase, with red carpet, which was built and demolished twice before the dictator was satisfied. The problem was, the illiterate son of poor peasants couldn't read the plans he was approving.

There are 1300 rooms here over 14 floors 10 above ground and four beneath ground.

It's not only the weight of the fixtures and fittings that are such a problem. The building is said to be so heavy, it sinks six millimetres every year. One of the chandeliers alone weighs 7.3 tonnes. 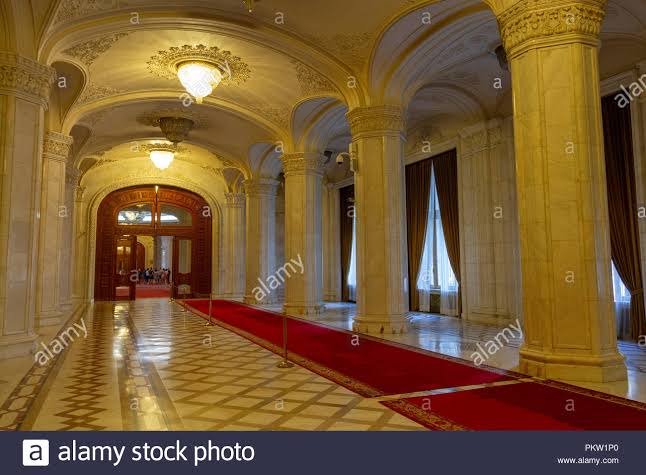 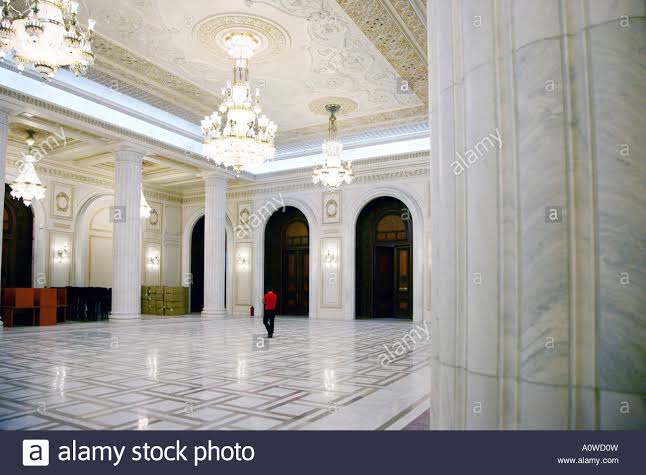 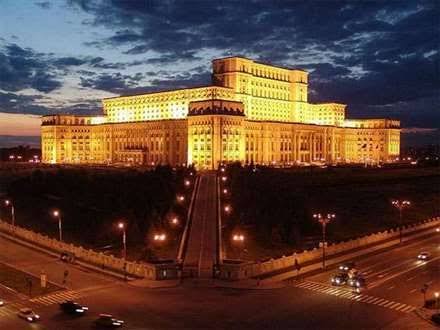 Ceausescu, a dictator raised to power out of conflict, controlled all branches of government and the media. He was characterized by his intimidation, murder imprisonment and other human right abuse. He refused to install air-conditioner in the building because the former president was paranoid about being poisoned. The tunnels built under the palace, with a nuclear bunker and an underground escape route to the airport, were recently used as a racetrack by the TV show Top Gear.

Nicolae and his wife, Elena Ceausescu was charged mainly for murdering of 60,000 people during revolution in Timisoara. Just after the trial at about 4:00pm local time, Ceaususcus were executed at a military base outside Bucharest on 25 December, 1989 (Christmas Day), and that was the end of a brutal dictator. 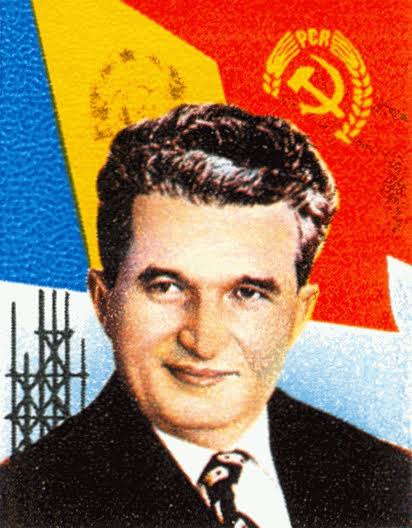 After Ceausescu's death, Romanians weren't sure whether to bulldoze the monstrosity, or finish it off and repurpose it. These days it houses the Romanian Parliament in rooms decorated with handcrafted oak, marble, silk, gold and silver.