Was Oduduwa a Foreigner to the Yorubas? 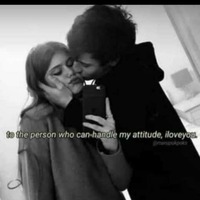 By Blessingfrydey | self meida writer
Published 25 days ago - 518 views 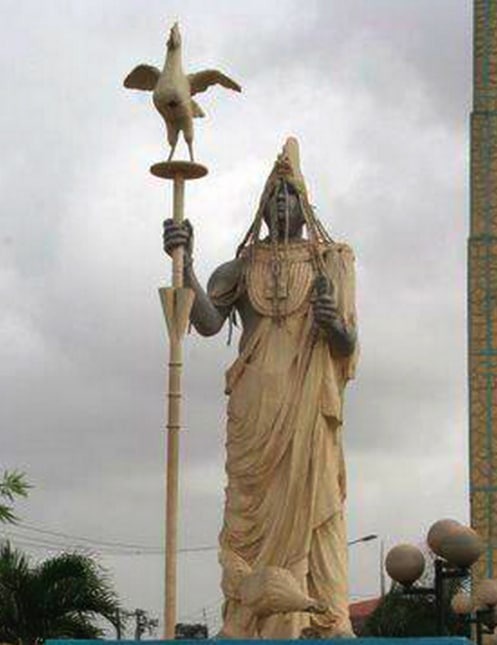 Apart from the fact that Oduduwa is or was the first king of the Ife and the Yoruba race by implication, most people don't know anything relevant about him. Who he is, where he comes from, and in this publication, all of his exploits will be reviewed.

Oduduwa was the divine ruler of Yoruba. He was the keeper of the title of Ooni of Ile-Ife, the Holiest City of Yoruba, according to tradition. He was not only the first monarch of a reunited Ife, but also the progenitor in Yorubaland of separate royal dynasties and the predecessor of their many crowned rulers. His name is today venerated as "the hero, the warrior, the leader and father of the Yoruba race" phonetically written by Yoruba language speakers as Odùduwà and occasionally contracted as Ooduwa, Odududua, or Oòdua. For a long time, like the Bayajidda tradition of the Hausa people, as propagated by early writers of Yoruba history, he was said to be an Eastern prince whose people were driven from their kingdom in Mecca in Arabia and forced to move to present-day southwestern Nigeria in a long march, although this theory is now thought to reflect later Islamic influences. Oduduwa was able to defeat the armies of the 13 indigenous communities of Ife led by Obatala during a war that lasted several years and formed these communities into a single Ife entity. The names of Olofin Adimula, Olofin Aye, and Olufe were celebrated by Oduduwa. He was accepted to the Yoruba pantheon after his posthumous deification as an aspect of a primordial god of the same name. 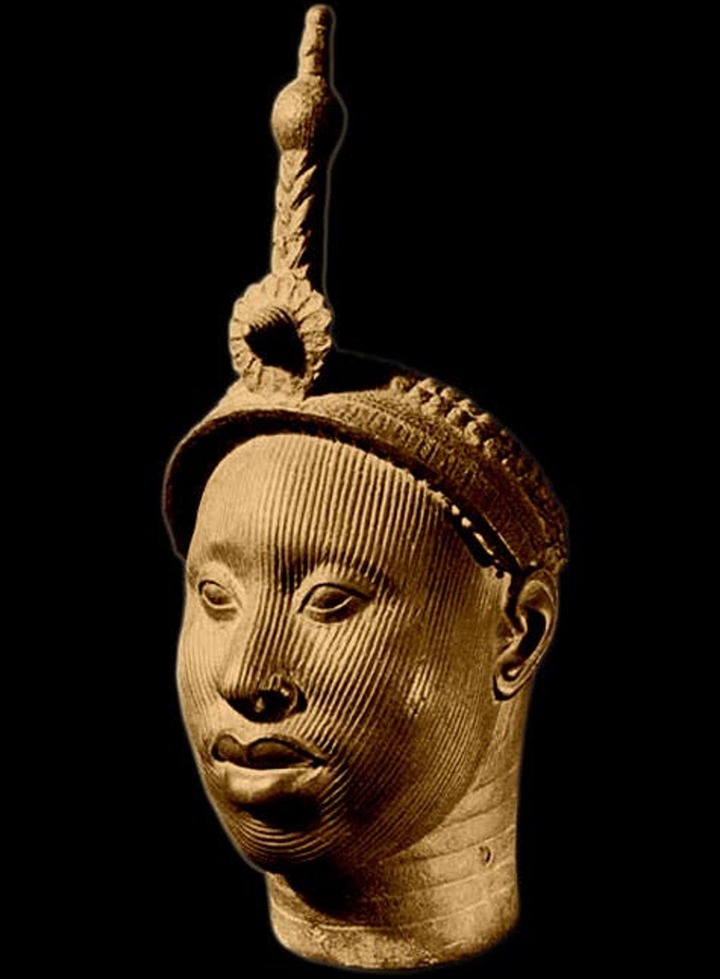 There was a dispersal of his children and grandchildren from Ife to the outposts which they had previously established or acquired authority over at the end of Oduduwa's tenure on Earth, in order for them to have successful control over these areas. In the ensuing urbanization and unification of the Yoruba confederacy of kingdoms, each is said to have made his or her mark with each child and grandchild fashioning his or her state after Ile-Ife. Orunto, a child of Oduduwa born to his maid, is the ancestor of the families entitled to inherit the title of Obalufe; it is owned by a noble chief who is historically ranked second at the court of Ooni in the order of precedence. Obalufon II Alayemore was on the throne when Oranmiyan, Oduduwa's youngest grandson, returned from his sojourn and ordered him to be granted the kingship and thereby returned to the rightful Oduduwa dynasty. Therefore, Oranmiyan's son Lajamisan was the progenitor of all the Oonis who reigned in Ife from his time until now, leading Historians to call it the Lajamisan Dynasty, which for almost 700 years has remained unbroken.

Native religious theories regarding the dawn of time assert that Oduduwa was the favourite Orisa of Olodumare. As such, he was sent from heaven to build the world upon the waters (or she, as the primordial Oduduwa originally portrayed the Divine Feminine aspect and Obatala the Divine Masculine) a task he/she had usurped from his/her consort and sibling Obatala, who had been fitted with a snail shell filled with sand and a rooster to spread the aforementioned sand in order to create property. Yoruba traditionalists consider these values to be the foundation of their tale of existence. Here, Obatala and Oduduwa are symbolically represented by a calabash, with the top taking Obatala and the bottom taking Oduduwa. Oduduwa is also identified in this story as Olofin Otete, the one who took the Basket of Life from Olodumare.

In Odu Ifa Osa Meji, a verse of the Ifa oracle, another representation of Oduduwa as being the wife of Obatala is presented. In this Odu, Obatala learns his wife's secret and takes from her the masquerade robes to wear them himself. It is proposed that this is a social reflection of a transition from matriarchy to patriarchy. The ancestral worship of Gelede and Egungun used to be owned by Yoruba people. The cult is run by men now. Often, this cosmological practice has been merged with the historical Oduduwa tradition. The ancient Oduduwa is considered to be named after an earlier variant of Oduduwa, who is female and connected to the Planet, called Ile, according to other traditions. In the spirit's representation in the Gelede culture, the earlier practices of either a gender ambiguous or an exclusively female Oduduwa are seen. Gelede initiates receive, along with a Gelede costume and mask, a shrine to Oduduwa. This speaks to Oduduwa's primacy as identified with the ancient sacred mothers known as Awon iya wa or Iyami. Here, as the great mother of the world, Oduduwa is worshipped.

The Ife history, which gives precedent to modern Yoruba historians, relates that Oduduwa was an emissary from the city of Oke-Ora, the easternmost portion of the cultural region of Ife that spreads to the people of Northeastern Ijesa. He descended on a chain from the Peaks, receiving the oriki Atewonro (meaning 'one that descends on a chain'). It is said that he was a warrior wearing armour made from iron. There was a confederacy between the 13 communities of the Ile-Ife valley at that time, with each community or 'Elu' having its own Oba; the Ijugbe Oba, the Ijio Oba, the Iwinrin Oba, etc. He and his community are believed to have captured most of the 13 component communities and deposed Obatala when Oduduwa rose to be a leading resident of ancient Ife, eventually evolving the palace system with its powerful centralized control and dynasty. Because of this, he is generally referred to as the first Ooni of Ife and the progenitor of the Yoruba people's rightful rulers.

Oduduwa and the Olowu Line

Iyunade married Obatala and later gave birth to the future crowned King of Owu, the daughter of Oduduwa. As a toddler, he is thought to have earned his crown while crying on the lap of his grandfather.

Oduduwa and the Alaketu Line

Omonide, the favored wife of Oduduwa, gave birth to Sopasan, the father of the future Crowned Kings of Ketu. The first to leave Ile-Ife with his mother and crown was Sopasan. He decided on temporary locations like Oke-Oyan and Aro. Soposan passed away at Aro and was replaced by Owe. In the reign of the seventh king, Ede, who renewed westward migrations and established a dynasty at Ketu, the migrants remained for a number of generations and broke camp.

Oduduwa and the line of Òràngún

The crowned King of Ila is Ajagunla Fagbamila Orangun, son of Oduduwa. It is said that Oduduwa needed more sons in order to silence his opponents. He went to a waterfall, on the advice of the Ifa oracle, where he found a naked lady by the name of Adetinrin Anasin. She gradually became his wife and Ifagbamila's mother (which means "Ifa saves me")

Oduduwa and the Onisabe Line

The ancestor of all the subsequently crowned kings of Sabe is another son of Okanbi and the grandson of Oduduwa.

Oduduwa and the Onipopo Line

King Popo is crowned by the third son of Okanbi and the grandson of Oduduwa.

Oduduwa and the Alaafin Line

The grandson and youngest member of the Oduduwa family, Oranmiyan, went on to found Oyo-Ile. His sons, Ajaka and Sango, in turn, rule Oyo.

Oranmiyan was the last son or grandson, and was the most daring of the Oduduwa family members. The dispute is that both Oduduwa and his son Ogun had an affair with the same Lakange lady, leading to Oranmiyan, later becoming Oyo's first Alaafin, and Ife's sixth Ooni, as well as creating Benin's Oba dynasty.

Some other communities have claimed a connection to Oduduwa. According to the tribes of Kanuri, Yauri, Gobir, Acipu, Jukun and Borgu, whose founding ancestors were said to be the brothers of Oduduwa (as mentioned by Samuel Johnson at the beginning of the 20th century), Oduduwa was the son of Damerudu, whom Yoruba called either Lamurudu or Lamerudu, a prince who was the son of King Kisra the magician himself. In the Battle of Badr, Kisra and his allies are said to have fought against Mohammed. After losing the battle to the jihadists in 624 AD, Kisra was forced to flee from Arabia into Africa. Along their migration route into West Africa, he and his followers established several kingdoms and ruling dynasties. This custom is a version of the belief that Oduduwa was originally from Mecca and was a prince. This belief, however, is claimed by some scholars to stem from the later influences of Islamic and other Abrahamic faiths on Yoruba culture and contradictions from the corpus of Yoruba myth with other beliefs.

"The Yoruba and Edo-speaking Peoples and their Neighbors before''

﻿Thanks for reading, the topics covered here are available for positive progress and critical assessments. Please do well to drop a comment below and share the article with as many as possible as possible

federal college of education house painting design mko abiola natural hair weave wizkid blow video
Opera News is a free to use platform and the views and opinions expressed herein are solely those of the author and do not represent, reflect or express the views of Opera News. Any/all written content and images displayed are provided by the blogger/author, appear herein as submitted by the blogger/author and are unedited by Opera News. Opera News does not consent to nor does it condone the posting of any content that violates the rights (including the copyrights) of any third party, nor content that may malign, inter alia, any religion, ethnic group, organization, gender, company, or individual. Opera News furthermore does not condone the use of our platform for the purposes encouraging/endorsing hate speech, violation of human rights and/or utterances of a defamatory nature. If the content contained herein violates any of your rights, including those of copyright, and/or violates any the above mentioned factors, you are requested to immediately notify us using via the following email address operanews-external(at)opera.com and/or report the article using the available reporting functionality built into our Platform

Mr P, Tacha And Others React As Bobrisky Sprays Old Woman With Lots Of Money To Make Her Happy 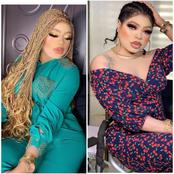 Anytime You Wake Up From Sleep, Do This Immediately 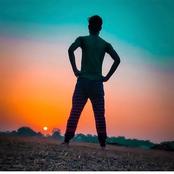 How To Start A Lucrative Bee Farming Business In Nigeria 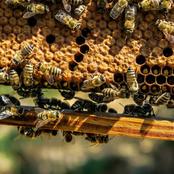 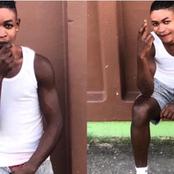 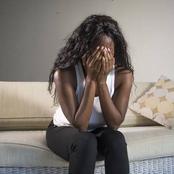 Domestic Violence: He Dragged Me Into The Toilet And Strangled Me, Then This Happened - Lady 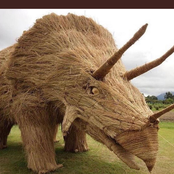 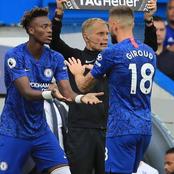 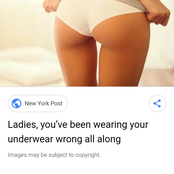 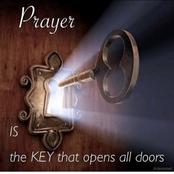