The creation of mankind according to the Yoruba people 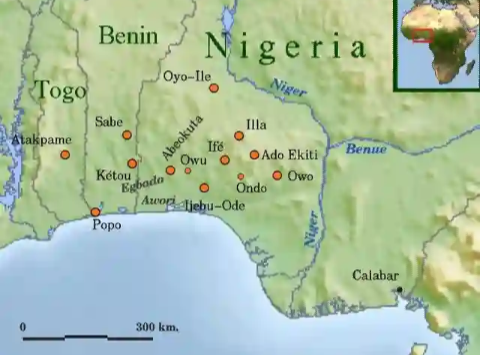 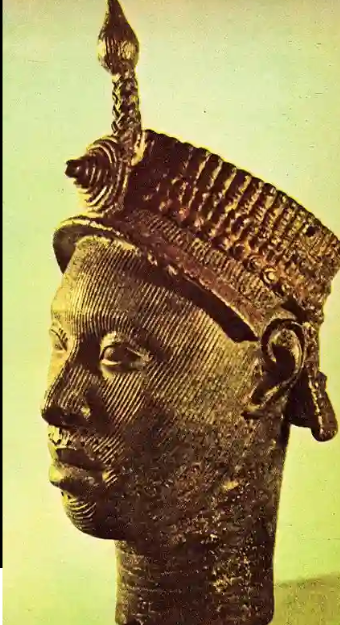 In the beginning, there was only one the sky above and the waters below and all this was ruled by the Orisha the council of gods. Olorun ruled the sky while Olokun ruled the sea below.

One day one of the gods named Obatala decided to create dry land. He went to meet Olorun for permission and he went to meet Orunmila for advice. Orunmila told him he will need a long gold chain, a snail shell filled with sand, a white hen, a black cat and a palm nut.

Once Obatala has all this item he hung the gold chain from a corner of the sky and he began to climb down. He kept climbing for a very long time until he finally reached the bottom of the chain. Obatala poured the sand from the snail's shell in the mist below and released the hen.

The hen landed on the sand and it immediately began pecking and scratching scattering the sand into all directions. The sand soon became mountains and valleys.

Obatala planted the palm nut and it grew an entire palm forest. Obatala was pleased with his work and he named the land he settled on Ife. He lived in Ife with the cat.

But after several month, Obatala became bored so he began shaping figures with clay. He drank palm wine bowl after bowl of palm wine as he made the clay figures. When he finished he asked Obatala to breathe life into them.

The next day he saw his living, breathing work and they were all deformed and ugly! In horror Obatala swore never to drink again. He then created perfect beings from clay. As soon as Olorun breathed life into them, they immediately began building houses and cities.

Obatala became the patron of mankind and more specifically the deformed. All the Orisha were pleased with his work except Olokun. Olokun was never consulted about the creation of earth and mankind in the first place .

In anger he caused a great flood which nearly wiped out all of Obatala creations. Once the waters resided, everyone took the sea very seriously from then.