The Beauty of The Niagara Falls

By Poltergeyst | self meida writer
Published 10 days ago - 6 views 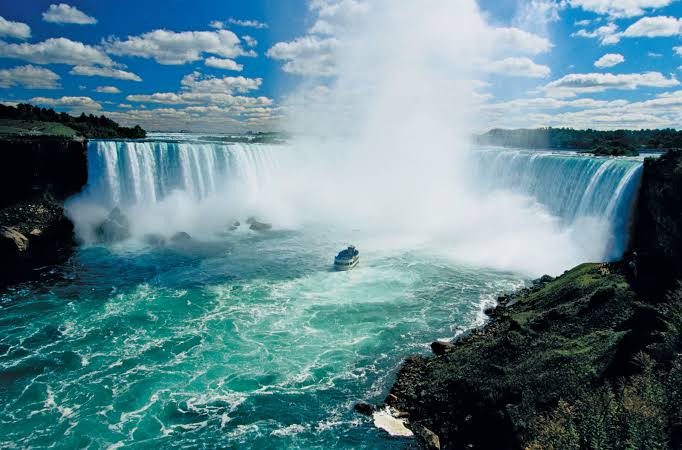 The Niagara Falls is a located on the Niagara River which can be found in the northeastern part of North America. The waterfall is one of the most popular sights to behold in that part of the world. The Niagara lies on the border between New York, United States and Ontario, Canada. The wonder of nature has for many years been a rendezvous for many honeymooners as well as tourists. Factors that have contributed to the influx of people to the Niagara Falls has been its beauty and its uniqueness.

The Niagara Falls exists in two principle parts, and both are separated by Goat Island. Horseshoe Falls, which is the largest of the two, is also called the Canadian Bank, and adjoins the left of the Fall. It has a height of 188 feet, which is equals to 57 meters, the Horseshoe Falls portion of the Niagara has a curving crest line length of about 2,200 feet (670 meters). The American Falls adjoins the right bank of the Niagara and it is about 190 feet (58 meters) in height, and a length of about 1,060 feet (320 meters).

The Formation of The Niagara Falls

The formation of the Niagara gorge, specifically its downriver, as well as the maintenance of the falls as a cataract is determined and hinged upon certain geologic conditions. The Fall has rock strata from Silurian Period and have been traced back to about 444 to 419 million years back in the Niagara gorge are almost horizontal. 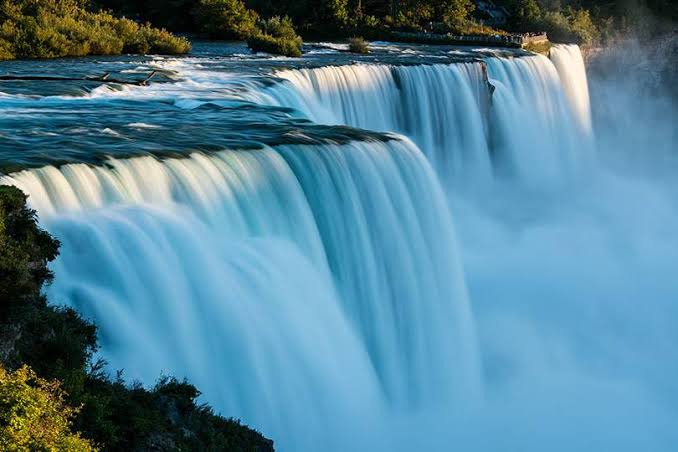 They dip southward only about 20 feet per mile, that is about 4 meters per km. Also, an upper layer of hard dolomite in the Niagara is underlain by more softer layers of shale. Hydrostatic pressure is exerted by water, and upon the infiltration of the dolomites, dissolves its joints. The dolomite blocks then fall away as water coming from above infiltrates and quickly wears away the shale at the fall.

The conditions for keeping the water falling vertically at a constant rate from an overhanging ledge during a long period of recession of the cataract is provided by the disposition of the rock strata. As the blocks of dolomite are undergoing the process of undercutting, they are rapidly destroyed by the falling water as soon as they fall off. This further helps the retreat of the falls and also the maintenance of a vertical cataract.

One of the amazing thing about the Niagara Falls is that the water flowing over the falls is free from dirt or sediment. That clearness contributes to the beauty and aesthetics of the cataract.

To lessen the rate of erosion, a very large diversion of water above the falls has been channeled towards the provision of hydroelectric power. An even distribution of flow across both the Canadian and the United States cataracts have been maintained by an elaborate control work upstream from the falls. This elaborate work has also helped to preserve the curtains of the waterfalls. In 1969, water was diverted from the American Falls in order to curtail the possibility of major rockfalls.

Content created and supplied by: Poltergeyst (via Opera News )

akon take your place ebsu portal login filmhouse twin waters profitable business in nigeria touch nimc gov ng
Opera News is a free to use platform and the views and opinions expressed herein are solely those of the author and do not represent, reflect or express the views of Opera News. Any/all written content and images displayed are provided by the blogger/author, appear herein as submitted by the blogger/author and are unedited by Opera News. Opera News does not consent to nor does it condone the posting of any content that violates the rights (including the copyrights) of any third party, nor content that may malign, inter alia, any religion, ethnic group, organization, gender, company, or individual. Opera News furthermore does not condone the use of our platform for the purposes encouraging/endorsing hate speech, violation of human rights and/or utterances of a defamatory nature. If the content contained herein violates any of your rights, including those of copyright, and/or violates any the above mentioned factors, you are requested to immediately notify us using via the following email address operanews-external(at)opera.com and/or report the article using the available reporting functionality built into our Platform 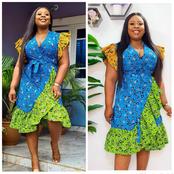 To behold the downfall of all your enemies, say these prayers 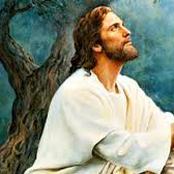 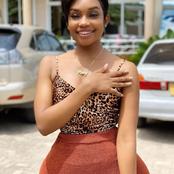 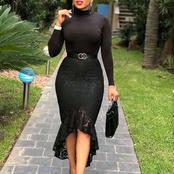 I Never Knew What A Perfect Curvy Hip Looked Like Until I Met These Three Women. 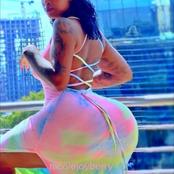 See Beautiful Pictures Of Girls From The University Of Port Harcourt (Uniport). 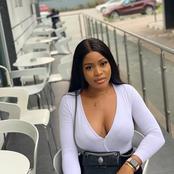 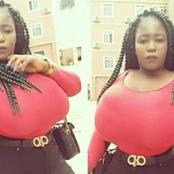 If You Have Any Of These 30 Curvy Ladies As Your Wife, Will You Ever Leave Even If She Rejects You 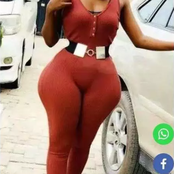 "Overload".Checkout the huge curvy bum of this lady that is causing reactions on Facebook (photos) 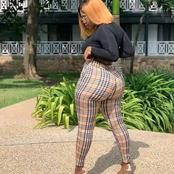 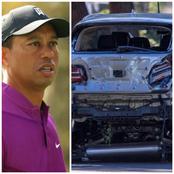