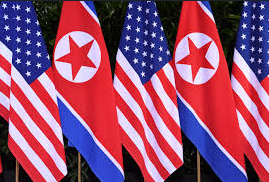 Well maybe BobShin Tang which is dog meat soup. Or putting used toilet paper in a waste basket in the toilet cubical although this is rapidly going out of fashion. Twenty years ago a lot of toilets at small cafes were unisex though that’s disappeared but maybe still exists in smaller towns. Spitting not only on the street but indoors in elevators or stairwells although that too is mostly gone. Not washing hands after going to the bathroom is still very common despite efforts ten years ago to encourage people to wash hands after going to the toilet. Also, a common practice was to have a roll of toilet paper on the table in small restaurants to use as napkins now mostly disappeared.

About 20 years ago in Korea, all of the above were very common but things changed after Korea got out of IMF period in 2002 and started to travel more internationally. It modernized very very quickly. In 1999 coffee shops served a half cup of watery Nescafé as coffee for about $5. Now there’s no end of Starbuck’s and Starbuck’s imitators and coffee quality and quantity is similar to West Coast of US or Canada.

Another horrifying thing? Gas for your car is $8 a gallon yet the streets are plugged with cars. At the supermarket 300 grams of hamburger will cost you $16. Organic Kraft Dinner type mix is $8 for a box that may cost you 89 cents at home. Heinz Beanz or Campbell’s soup if you can find it which is unlikely will run you $3 to $4 a tin. Apples can cost $5 each and Korean pears which are round not pear shaped. Oscar Mayer bacon 500 grams costs about $12.

If you want to live here you had better make at least $50 an hour. Cars older than 5 years are rare as they are crushed so you won’t see many used car lots. In 20 years I’ve never seen one nor do car dealers have a car lot of used cars. You have to pay to have your car crushed as nobody wants it. Cars are a disposable consumer item like last month’s iPhone you lined up all night to get but then a new model comes out so you throw it in a drawer because nobody wants old tech. Out at garbage dumps on the street you’ll sometimes see TV’s computers stereos desks shelves chairs sofas. Nothing wrong with them but there is a limited market for used stuff. No-one will buy a used bed because they are afraid someone may have died in it.

Maybe you can understand then there is a revolving door of foreigners arriving to teach English and leaving shortly after as home doesn’t seem so bad now and Koreans who speak English understand the grammar 100 times better than you do. Kids start learning English at 8 years old.

Koreans have an average IQ of 106 the second highest after Askenazi Jews. You aren’t going to fool them and if they think you’re of no value to them they don’t hesitate to give you the boot.