Interesting Details About The Vatican City, The Smallest Independent City-State in The World

By Yeshuasbreed (self media writer) | 8 months ago 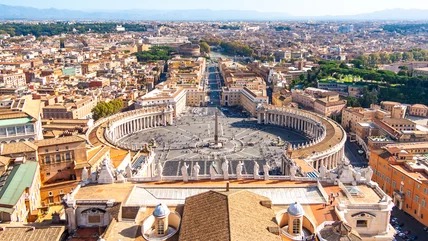 The Vatican city became independent of Italy's jurisdiction as its nation on February 11, 1929, the treaty that established this ruling was called the Lateran Treaty. The aim was to establish the Vatican city as its own city-state that is independent of any rule only led by the Pope and Rome. Unlike most countries in the world, small or large as the case may be, The Vatican seems to be the smallest, measuring at least 100 acres (0.44 square kilometers), the Vatican became the smallest country in the world.

If you are ever opportune to walk down the streets of Vatican City, you will find that most of the population you will find and interact with are actually tourists. It has been noted that there are more tourists than locals in the city, with a yearly visit of at least 5 million people, and at least 20,000 in a single summer day. Asides from these numbers, there are staff, workers, and friends, who often visit, like the population of Italians who come into the city to work in museums, and tour agencies, these workers total about 2,500 people. However, the actual number of people who stay in the Vatican city is about 800 inhabitants, and nearly 450 people have Vatican citizenship, Vatican City Tours reports. Furthermore, its citizens were not born in the country, as there are no hospitals in the Vatican area. 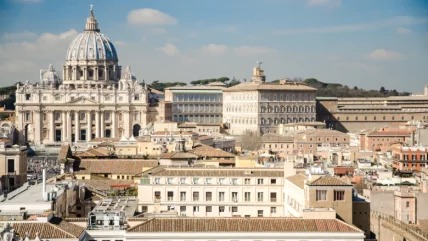 One of the toughest things in the entire city-state is getting permission to live in the Vatican. In fact, it is so hard it is near impossible to get permission to stay in the state. According to sources, it is one of the highest honors to be given citizenship or permission to stay. Usually, it is given to clergies and the Swiss guards responsible for the pope's security since the 16th century. But what does living in the smallest country in the world look like? 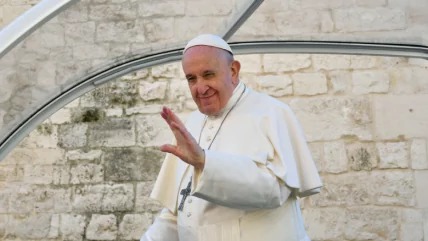 According to Tax Fitness, its status as an independent nation means that Vatican City has its own stamps, license plates, and passports. The Holy See is responsible for the country's financial administration, and most of its income comes from tourism and donations, as there are no taxes to import or export products.

Interestingly, the only thing that separates The Vatican city from Rome is a simple, well not so simple, Wall and a few gates that are closed every evening. Since security is of utmost priority, the state has several cameras, positioned in strategic locations to capture everything that happens within the city. Obviously, this means that whoever lives in the Vatican has the opportunity to see the pope more often than any other person. "We see each other when (Pope) Francis drives by in a car for meetings and audiences at the Apostolic Palace and when he is coming back from his journeys. Strolling in the Vatican Gardens, my daughters and I can come across Pope Benedict," said Magdalena Wolinska-Riedi, a Polish journalist who is married to a Swiss Guard and who lives in the country as recorded and published by Arteta. 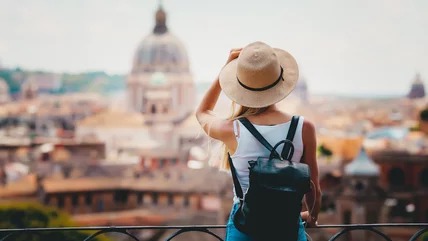 However, there are limitations to living in the Vatican city, considering it is such a religious location with many of its citizens who happen to be devoted Catholics. This position doesn't allow for wearing short clothes or bare shoulders. "We cannot be too loud late in the evening or throw big parties where guests dance and sing until the wee hours. We are at home, but at the same time, we are within ancient walls, in the shadow of the Apostolic Palace," Wolinska-Riedi explains.