Proposed Partial Closure of Third Mainland Bridge: How to remain Productive during this Closure

By TruthParrot (self media writer) | 1 year ago

The proposed partial closure of the Third Mainland Bridge will no doubt leave a lot of commuters stressed and stranded. The coming weeks and months would be a hard time for the people of Lagos and its environs, who have witnessed a lot of hardship due to the ravaging Corona virus Pandemic. 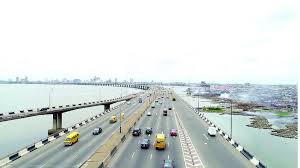 According to Wikipedia, Third Mainland Bridge is the longest of three bridges connecting Lagos Island to the mainland, the other are the Eko and Carter bridges. It was the longest bridge in Africa until 1996 when The 6th October Bridge located in Cairo was completed. The bridge starts from Oworonshoki which is linked to the Apapa-Oshodi expressway and Lagos-Ibadan expressway, and ends at the Adeniji Adele Interchange on Lagos Island.

As from 11:00am to 11:55pm, those trying to connect the Mainland from the Island will have access to the bridge. Don’t forget that while this is going on, the Eko Bridge will still be under rehabilitation, which leaves Lagosians with one fully functional bridge (Carter Bridge) and the Third Mainland Bridge with 50% capacity. 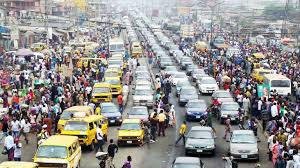 Lagos is one of the most densely populated cities in the world, so driving in Lagos requires patience and knowledge. How well you know Lagos roads, both the major roads and the inner roads will go a long way in reducing time and energy spent on road.

"How productive can you be when you stay in traffic for over six hours on a daily basis, conjoined with the things you go through to have a normal life in this city?" media exec Agnes Marquis said in a report by local media publication Pulse, titled "Here's why you should think twice before taking a job in Lagos."

To remain productive and avoid being stressed, the following should be taking into consideration:

1.   Wake up early: Early wake can have a positive impact on the rest of your day. It can help you to avoid the traffic on some major roads in Lagos.

2.   Work from home: If you have no business going to the Island, try as much as possible to work from home.

3.   Use alternative means of transportation: using boat will help you to avoid the traffic and stress of Lagos roads.

4.   Listen to Traffic report or use Google Map: Google map can help you to quickly detect the fastest route to your destination. If you don't have a smart phone, you should try as much as possible to listen to traffic report.

6.   Leave work early: If you know you will be driving, try as much as possible to close early from work. This also can help you to avoid the rush hour. 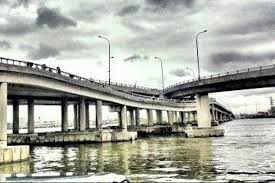 7.   Use Bus Rapid Transit aka BRT

Content created and supplied by: TruthParrot (via Opera News )