By iwonpopular (self media writer) | 1 year ago 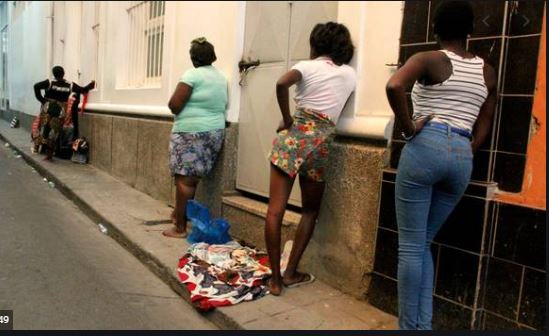 Port Harcourt city which is fondly called Pitakwa , the capital of Rivers State which is also known as the Treasure Base of The Nation, is a very populated city after Lagos and Kano when you talk large Nigerian cities and with that there are bound to be many societal ills like crime , traffic grid lock and a host of other problem bigger cities face daily.

But today we are looking at one critical area which have been worrisome in the city metropolis and its the matter of these ladies of the night , all known as Oloshos or Runs girls being operating from home or stationed in a public motel.

Port Harcourt comes third place after Lagos and Abuja with the influx of these ladies of the night , which has been upgraded to the word "Runs Girls".

Mr Sweets on Artillery Road : The popular Mr Sweets fast food eatery located at Artillery road is now a hub for these girls who have invaded the junction when darkess falls , one would be surprised that from the junction along Aba road down towards Woji road is filled with runs girls.

Borokiri: This outskirt part of the city called Borokiri is filled with street Runs Girls, one have to be very careful because most of these girls have cultist boyfriends as backup and the area is known for high rate of cultism.

These runs girls also pretend when they meet responsible guys, please don't be deceived , because if you just get loosed you may get robbed of your phones and money.

NTA Road: Over here most of these runs girls live apartments and it has a lot of new buildings , and these is a particular street after Osmosis that is totally occupied with Runs girls , just have a ride to that place in your car and they will rush you like flies. 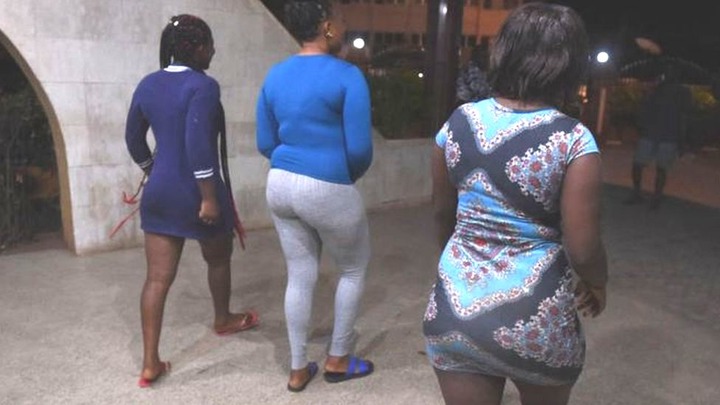 Woji: Woji is a very arranged community and it has a golf estate close to Transamadi, and there is a Rivers linking to the sea around this area where some offshore workers resided and these runs girls are all over the neighborhood to hustle this off shore workers as well.

Old GRA: Over here in Old GRA , there are retired big boys and men and these girls like them as sugar daddy and also some of retired runs girls but they are not yet tired of the lifestyle and the people who live here are rich , so these girls still hustle some big boys/men around the neighborhood.

Agip: Agip area shares boundary with UST (University of Science and Technology) and School of Health ,its now a known fact that most females student that lives in this area are into running things at nigh, it's also easier for them to link Abacha road and GRA road for their lucrative runs business so as to get clients.

Stadium Road Elekahia: Over here is situated a stadium and this area is close to Rumuomasi , there is a popular motel called Ocabique planet , it houses so many young ladies who hustles there.

Most runs girls lives in this area and Stadium road have lot of attractive event center which makes these runs girl to be able to carry out their night duties.

Uniport Offcampus ( Elakahia ,Aluu, Choba): Well a research shows that 80% of University of Port Harcourt girls are secretly into doing runs , however most of these girl live in these areas of Aluu , Choba and Elekahia , at night time just take a drive down there with a flashy car and see as they flock in the street selling themselves.

Transamadi: Obviously this is an industrial area that has so many oil companies and construction companies ,brewing companies and some other manufacturing plants as well.

Its is an attraction for these runs girls who live in these area with the mindset of getting one rich oil worker or company worker to scope them as client or date them for marriage.

Mile3 Diobu: This zone is similar to Borokiri which is a more dangerous zone than here , almost all the streets in Mile3 Diobu have Motel joints, and open beer parlors.

There is this famous Azikiwe street that is the place where you will find these motels filled with runs girls from the beginning to the end of the street.

Also some part of Mile3 has boundary with UST where these girls are mostly based and they come around to hustle at night time.