Read how to use 'Has' and 'As' correctly.

By AbiodunAAT (self media writer) | 2 years ago

This article is an educative article that will bring to light how use "Has" and "As".

Some writers have always made this mistake of using "Has where As" is meant to be use.

I'm also a victim of this silly mistake. Until the moment I got to understand the different between these two words.

The reason 'Has' and 'As' is commonly mixed up, is because they both have the same sound.

Understanding is grammar is to understand English. 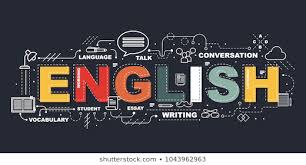 The main uses of 'AS'

1. For comparing what denotes equality:

b. I drink as much as he does. I.e we both drink the same amount.

From the above you could see that 'AS' was used to compare what denotes equality.

2. For introduction of a clause:

a. As a soldier, my uncle used to travel a lot.

b. As a child, I often played ball with my dog.

a. As a paying customer, I demand better service.

a. As far as I am concerned if you ask me, for all I know, in my opinion.

b. As yet so far, up to this point in time

The main uses of 'Has'

Has is used with the third person singular. Singular pronouns are simply pronouns that refer to singular nouns.So words like he and she are singular.

1. She has a great personality.

Let try and do these class work.

If found you this educative, pls share,like and follow.

Content created and supplied by: AbiodunAAT (via Opera News )