Opinion: The Tongue Is Sharper Than The Sword: Use It Well!

By Petruslasky929 (self media writer) | 2 years ago 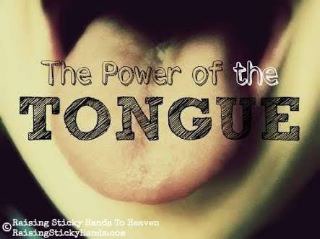 For over thousands of years, humans have used weapons such as guns, swords, etc, in different capacities. They have been used in warfare, law enforcement, hunting and self-defence even in criminal activities hitherto.

With the advancement in science and technology, more weapons are invented. Weapons more dangerous than swords and guns, like the atomic and nuclear weapons. The ravages caused due to the utility of these invented weapons cannot be denied.

With them, people fight senseless wars, the eco-system is being damaged and the world is wracked with fear and anguish as humanity struggles for peace.

Reflecting on the use of weapons and the deadliest of them, Rev. Dennis Marquardt, the English senior pastor of Assemblies of God Church, in his sermon Power of the Tongue (2010), put forth a weapon which has the potential to literally bring anguish into the life of every human being on the planet but without necessarily destroying them physically.

This weapon could however; produce scars that last a lifetime and may never heal. This weapon for him is available to the poorest and richest of nations, in fact, even individuals have access to this weapon and there are few laws against the possession or use of this weapon.

No weapon that now exists, or will exist, will have the deadly potential of this ancient weapon. It is as old as man himself. This weapon, he says, is “the tongue”.

One could verily be put into reflection pondering on why the tongue is regarded as a weapon in the first place. A weapon said to be sharper than the sword. More so, why this soft and small part of the body could be so deadly as to instigate wars, bring enormous damage and even mass destruction.

It is pertinent to note that this soft and tiny piece of flesh that moves around our mouth is used to taste the food and drinks we consume, it aids in swallowing food and most importantly, it aids in speaking.

It is undoubtedly factual that without the tongue, none of the acts above can be achieved. With it still, other deeds are accomplished. That elusive impression is the one that lingers out in Aristotle’s definition of the tongue.

The Greek Philosopher while discussing about the internal and external senses in his De Anima, depicted the tongue as a complicated sense organ with multiple functions. It is simultaneously the site of laudable speech, immoral gluttony, and two distinct sensations of taste and touch.

The Holy Bible teaches us that there is incredibly awesome power in the tongue. The power to bring life and death (Prov.18:21). Our tongue here refers to the verbal words that we speak to one another.

When in the scriptures it is written that there is “power” in spoken words, it depicts that there is an amount of power residing in our mouth and tongue with the words we release to others. With this kind of power residing in our ability to release spoken words to others, it is either used to bring life or death to the person that we are speaking to.

Words cut sharply, rapidly and deeply into our hearts than swords, to prick the heart and consequently, produce either a good feeling or a bad one in the person who hears them. With the tongue, nations have been established, wars and revolutions have been instigated, lives have been lost, souls were enlivened and relationships were either broken or strengthened.

How we use this tongue matters immensely because it has a grave impact on our daily life.

Like a small spark that can wipe out huge forests, the tongue can be destructive. Our frailty makes it easier for us to use it for evil rather than good.

Nobody should be ashamed of his or her tongue or moreover, be afraid of it. The tongue is not an abomination. It is something good and created by God. With the incredibly awesome power in the tongue, many good have been, is and will be achieved. Likening it to a weapon does not necessarily mean it is evil neither is it too dangerous when its sharpness is compared to a sword.

It really depends on the character and the intention of the person who speaks. Christ said, “Out of the abundance of the heart, the mouth speaks”. (Lk 6:45). The words we unleash will all depend on what is filling our hearts. Hence, the question of the Prophet Jeremiah, “The heart is devious above all else; it is perverse – who can understand it? (Jer. 17:9-10).

Hitler used his words to bestir the German majority to abhor the Jews and subjugate other nations which they thought should be unified under Nazi rule. Churchill utilized his eloquence to enliven the British people and raise them up from their fear of German invasion, thus invigorating them to defend their country.

In other not to use our tongue to bring forth death, destruction and damnation, we have to plunge our hearts into listening to the word of God which is alive and active (Heb. 4:12). This is because the world is full of hate speeches and words of death. “The whole world lies in the power of the evil one” (1 Jn 5:19) who “was a murderer from the beginning…and the father of lies” (Jn 8:44).

Conclusively, as in the prayer of the Psalmist, “Set a guard, O Lord, over my mouth; keep watch over the door of my lips” (Ps 141:3) and bearing in mind the divine purpose (Jas 3:9-12) and eternal destiny of the tongue, (Matt. 12:36-37), it should, therefore, be used as James Merritt, the American pastor of Cross Pointe Church rightly pointed out in his sermon, World’s Most Dangerous Weapon (2012), “to bless God and not to curse men, for glory not for gossip, to build not to bury, to help not to hurt, to praise not to pollute”, and most importantly, to be an instrument not for instigation of perversion and war but rather for love and peace.

Content created and supplied by: Petruslasky929 (via Opera News )