By TopThink (self media writer) | 1 year ago

India is the second largest English-speaking country in the world where followers of all the world’s major religion live. There are crazy rich people in the country who build personal skyscrapers for their families and people who neglect modern culture. Here, there are 6 seasons in a year and a specific head gesture for agreeing. 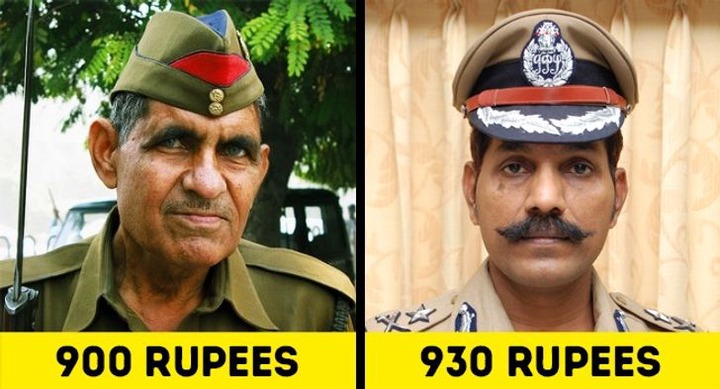 The divorce rate in the country is super low. More than that, the Indian people invented many things we all can’t live without: from buttons and shampoo to wireless communication and cataract surgery.

1.   6 season in a year: According to Hindu calendar they’re 6 seasons; summer, fall, winter, spring as well as the Monsoon season and winter’s eve season. Spring is called the king of all season and is a good time to visit India if you want to see some holy celebrations – the nicest time of the year in terms of weather is probably winter’s Eve season, this is when Diwali the most important Hindu festival takes place.

2.   A specific head gesture for agreeing: Instead of nodding up and down like we are used to, Indians babble their heads from side-to-side in agreement. This gesture is so unique to the culture that it’s even known as the Indian Head Shake, depending on the context it’s something between okay and I understand, it can also be a substitute for thank you in any case it’s always affirmative.

3.   Extremely polluted air in major cities: Of course, a lot of big cities all over the world have air pollution but it’s on another level in India. Factories, machines and cars exhaust cause smoke which makes breathing difficult for both citizens and visitors there. Just one day in Delhi is equal to about smoking 50 cigarettes; fortunately the government is working on solving the problem by improving emission monitoring and they’ve started rating plants according to pollution levels.

6. Policemen are paid for having mustaches:  Indian police officers would get a bonus if they have a mustache. Apparently, the idea is that mustaches make men more reputable and manly plus it’s an essential feature of the Indian folklore.

7. Cows carry ID: In the India state of West Bango every cow si given its own ID card, this Id done to prevent cow smuggling to Bangladesh which is right across the border. The government of India wants to expand this project across the entire country and actually plans to invest $7.8 million in giving the nation’s cow a 12 digit Identity Number each, this would be done to monitor vaccination cycles and double the dairy sectors income by 2022.

8. Low divorce rate: Only 1 marriage out a 100 ends in divorce in India, so what’s the secret to such marriage stability? Most people believe this has to do with religion, marriage here is a holy union not an official agreement. Arranged marriages might also be a factor because the families often choose the best life partner for their child plus married couples don’t’ want to dishonor their families with a divorce.

9.   Pre-wedding detectives: To make sure their children will have a happily ever after marriage; some Indian families hire private detectives to investigate the perspective bride or groom – their financial situation, bad habits like drinking or smoking, previous relationships and personalities are the main thing the detectives are hired to checkout.

10. Gold-clad housewives: Indian housewives own 11% of the world’s gold, that’s more than the combine stocks of the US, Switzerland and Germany and the International Monetary Fund; that means they have about 18,000 tons of gold worth more than $950 billion – they call it received wealth and refuse to give it up even in time of crisis.

Content created and supplied by: TopThink (via Opera News )