IWO FESTIVAL: The Myth and the Challenges. - 'Kunle Akingbulu

By EmmyAfrika (self media writer) | 2 years ago

IWO FESTIVAL: The Myth and the Challenges. 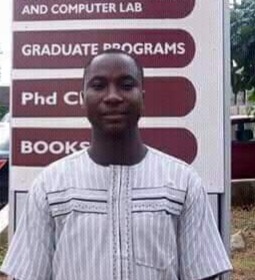 Iwo festival has been in existence for hundreds of years. The genesis or the historical background of Iwo festival cannot easily be traced since it is an age-long festival. It is a festival that's being celebrated to appease the gods and goddesses or the spirits of the rivers. It is also a festival in which everybody believes that the gods and goddesses or spirits of the rivers around the geographical area where the festival is being celebrated will come out to the town.

THE TOWNS AND PEOPLE THAT CELEBRATE THE FESTIVAL

Iwo festival is very unique in nature. According to oral history, it is a festival that combines all towns and villages in Osooroland together. It is also celebrated in other towns like Ayeka, Ikoya, Ome, and some part of Okitipupa etc. History tells us that Ikoya town usually celebrate the festival a day preceding that of the Osooro people but in recent times, things have undergone structural changes.

TIME OF THE CELEBRATION

Customarily, it is normally celebrated around July and August every year. It depends on when the moon is sighted by the priests who are the custodians of the festival. They are called the "Logengbas".

The moment the moon is sighted (precisely late June or early July), the celebration of Iwo festival is in the offing; the preparation will gradually begin. The preparation begins with the meeting of the Logengbas usually on Oba-market days, after sighting the moon to carryout divination to determine the day of the festival.This is called " Mobikale". The time frame of the festival may be in the next 9days or 18days or 27days.

THE ACTIVITIES OF THE LOGENGBAS

Who are the "Logengbas"? Logengbas are the people called "Alaghoros" in short. They are the only authority in all towns i.e the custodians of powers , laws, rules and regulations guiding the conduct and celebration of Iwo festival. They are the links or bridges between the god or goddess of the rivers usually called "Oluweri" in ikaleland and the people that reside in the communities involved. They plan for and direct all the affairs of the festival. The leader of the 'Logengbas' is called "Ludameji".

About three days to the d-day, the Logengbas will go to the Igbo-Oro to prepare the ground for "Oluweri" and also to clear and clean up the road, predominantly called Onakogun, i.e the warrior's road.

The moment the moon is sighted by this group, it is a liberty or license or approval for the Oluweris or gods of the rivers to get themselves prepared and ready for the celebration of the festival.

On the third day after the festival, the logengbas will move round the town with healing water(Ẹrọ). Men are required to dip their hands in it to rub their body while it would be sprinkled on women's body.

ACTIVITIES OF THE OLUWERIS

These are the gods. People believe they come out from the river and streams to "wail" during the month and the day of the Iwo festival. The moment the moon is sighted by the Logengbas, the spirits or gods or rivers (Oluweris) would come out in the dead of the night between the hours of 12:30am and 1:30am to wail once in three days. Once this begins, it means the Iwo festival is on the horizon. But immediately the Logengbas have thrown kolanuts on the ground (m'obi kanle), i.e announce the day of the festival, the Oluweris would start to wail in the midnight for at least an hour, in the process, they would continue to announce the number of days remaining for the d-day.

Activities begin in earnest in the early hours of the D-day with the wailing of the Oluweris. This is usually between the hours of 4:30am and 5:30am. This set of Oluweris is called "Ajigbana", literarily meaning the early morning sweepers. The belief is that this type of Oluweris prepares the ground for the remaining ones on the way.

After a couple of hours, another set of Oluweris would come out in large numbers between the hours of 10:30am and 2:30pm to wail. History tells us that the first set will find their ways to the centre of the town where the Oba, the High Chiefs and the Logengbas would meet them (although not face to face) and to appease and pray for the progress of the town. Thereafter, the whole town would be agog with the cries of Oluweris. By 6:30pm, another set of these Oluweris would come out to cry and continue to pray for the whole town and they would also identify themselves one after the other.

FOOD FOR THE FESTIVAL

There are so many types of food being prepared on the day of the festival. It is a matter of choice. But the commonest of the food is pounded yam with okro or apan soup. The food is usually prepared between the hours of 6:30am and 9:30m for the breakfast and for the dinner, it is prepared between the hours of 4:00pm and 5:30pm. While most people would prefer to eat boiled groundnut and walnut as their lunch.

THE NORMS OF THE FESTIVAL

In the days of our fore fathers ,1920s to 70s, only the adult men of proven integrity and powerful persons in the community would be allowed to come out when the gods of the river are wailing in the town but things have changed now. Mature teenage boys 16above are allowed to come out. Children, women and non -indigenes stay indoor throughout the period Oluweri would be out. The directive requiring all the children, women and non-indigenes/settlers to stay indoor will be passed through drumming, dancing and singing round the town by palace boys. The song goes thus:

Movement especially for children, women and non -indigenes are restricted on Iwo festival. They are not allowed to go to the river to fetch water, wearing of shoes, looking at the mirror, fighting or beating anybody, cursing and swearing etc are prohibited on that day. Any food that's on fire when Oluweri is wailing should not be eaten by women. On no account should anybody switch on any electronic gadget and there is partially restricted vehicular movement. All doors and windows must remain shut when the Oluweris are wailing. Should anybody dies within the month, the family must give one big dog to the Logengbas before he or she can be buried. This is used to appease the gods.

History has it that in the past, that there was a small object, as small as the stone used to grind pepper. They called it "Uwen". It is very heavy. No one can carry it except very powerful men who must not drop it until it reaches the destination.

Magicians use to perform exceptional wonders. Maize seed could be planted, would germinate, mature and ripe for eating on the same day. Also, it is on record that a basket was used to fetch water without leaking. More so, cock could be made to lay eggs and hen to crow. There are so many entertainments; they vary from town to town. Nowadays, these are very rare, as the knowledge was not passed on by those who have it to the new generation.

On the eve of the festival, people will be gathered at Oba's palace and at different family heads, local drinks are shared, local songs that suit the purpose of Iwo festival will be sung and the people would challenge each in the war of words, incantations and the practise of abracadabra.

In the Christendom, people believe that this festival is a means of worshipping idol, gods and goddesses of the rivers. This has generated a lot of controversies to the extent that the matter got to the court of law.

Women have argued that it is a systematic violation of their rights and freedom of movement. Some of them advocated the abolition of the festival.

While some other people view it that it is not tantamount to idol worshipping but a way of preserving our cultural heritage. They argue that the preservation of our culture should be the utmost concern and priority of every individual. They argued that the deviations from our culture in the recent past has so many negative impacts directly or indirectly on Ikale towns and villages. The argument is that we need to appreciate what we have as culture and jettison foreign culture.

Iwo Festival is tomorrow in all parts of Osooro land as Ikoya Land, the cradle of Ikale Nation celebrates theirs today.

Our Culture on the Coast.

Content created and supplied by: EmmyAfrika (via Opera News )