Discover some of the beautiful cities of East Africa

By MrBeast7 (self media writer) | 1 year ago 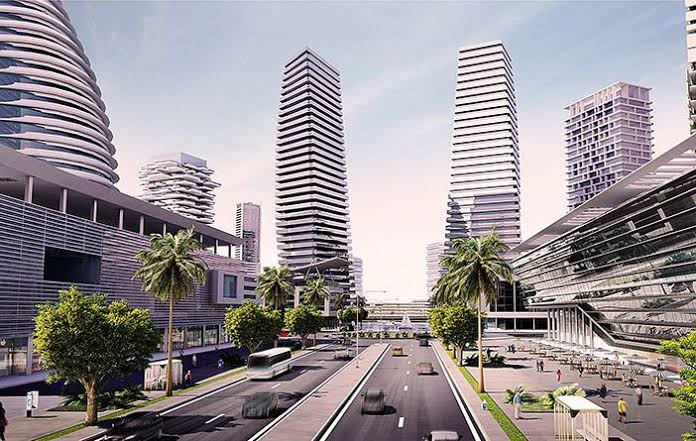 Welcome and thanks for taking out your precious time to read this my article, in this pice of write up I shall be taking you on a tour across the beautiful cities on the Eastern part of Africa. Africa is a large continent made up of 54 sovereign countries and each of these countries offer unique experiences for travellers. There are thousands of cities in Africa but in this article, I shall be shining the light on the Most beautiful ones in East Africa. East Africa is the eastern region of the African continent. There are about 20 countries in Eastern Africa and a total population of about 440 million people with each country boasting of its own beautiful cities. While not every country in this part of the continent can boast of having the most beautiful cities in Africa, there are however cities that really stand out and compete at the international scene.

If you are New here Welcome, be sure to follow me to get more amazing write up about Africa and Nigeria and also so you don't miss any of our articles. Considering the fact that there are hundreds of cities in Eastern Africa, we are going to focus on the Most outstanding ones. So, in no particular order, here are the most beautiful cities in Eastern Africa.

According to Wikipedia Kampala was ranked 169th, ahead of Nairobi (184th), Kigali (191st) and Dar es Salaam (198th), making it East Africa's most comfortable city. Uganda's capital Kampala is the best East African city to live in, according to the latest quality of living survey of the world's top 230 cities by Mercer, a global development consulting agency based in New York, US. Kampala is the capital and largest city of Uganda. The city proper was estimated to have a population of 3.2 million people and is divided into the five boroughs of Kampala Central Division, Kawempe Division, Makindye Division, Nakawa Division, and Rubaga Division. An impressive skyline, streets with a European flair, friendly people and a vanishingly low crime rate make a visit to the capital to a real highlight of your trip to Uganda.ln the first decades the city grew steadily, had the best University in East Africa (Makerere University) and was an appeal to all the other African cities which was hard to surpass.

During the civil war years under Obote and Amin, however, Kampala suffered heavily. Many buildings were destroyed and the infrastructure completely broke down.But it has got back to its feet and began experiencing a renaissance since the beginning of the 90s. Today Kampala is one of the most modern African cities and awakens in many areas the European feeling with many allees and parks, shops and hotels, bars and international restaurants. And Kampala is also one of the safest cities in Africa. Some of the businesses that maintain their headquarters in the city center include all of the 25 commercial banks licensed in Uganda, the New Vision Group, the leading news media conglomerate and majority owned by the government, and the Daily Monitor publication, a member of the Kenya-based Nation Media Group. Air Uganda and Crown Beverages Limited, the sole Pepsi-Cola franchise bottler in the country, is situated in Nakawa, Kampala. Nairobi is the capital and the largest city of Kenya. The city has a population of 4.7 million people and is popularly referred to as the Green City in the Sun. Nairobi is steeped in rich culture, heritage and history and the people are very welcoming. The culture is what set the city apart; it is a mix of various religions, traditions and local beliefs. Nairobi offers an opportunity to ride through the National Parks and Wildlife sanctuary of animals running free. See great and beautiful animals including the big 5 - Elephant, Lion, Rhinos, Buffalo and Leopards in their natural tropical African surroundings.

There are many Fortune 500 Companies in Nairobi such as Shell, General Motors, Barclays, and many others. Fortune 500 Companies are top public corporations ranked by their gross revenue. Similarly, many technology companies have their regional offices in Nairobi including Huawei, Asus, IBM etc.Nairobi has a lovely climate have warm and cool atmosphere for most of the year. Nairobi offers a great shopping experience and an opportunity to find beautiful goodies that you can ever imagine both locally and International made goods. Nairobi's sustainable development rests on upholding long-term economic and social growth, which has helped to raise living standards of the people. Nairobi's green growth provides all the basics needed for a healthy life such as food, shelter, sanitation, water, good roads and transportation and many others. You'll never go hungry because the cities have food that suits every palette. As music pour through the streets, dance away the night at some amazing bars and clubs in Nairobi. Gotten from Wikipedia According to a YouTube source Displore Mombasa is a tourism-based city; full of beautiful site, and amazing building structure. it has an extra-large port and an international airport, and is an important regional tourism center. Located on the east coast of Kenya. it also the home of one of the State House (Kenya), and is considered by some as a second capital in all but name. In 2018 the local government released an edict in which the city was painted white with blue accents and the old town was painted yellow. In Mombasa County and the former Coast Province, Mombasa's situation on the Indian Ocean made it a historical trading center, and it has been controlled by many countries because of its strategic location. 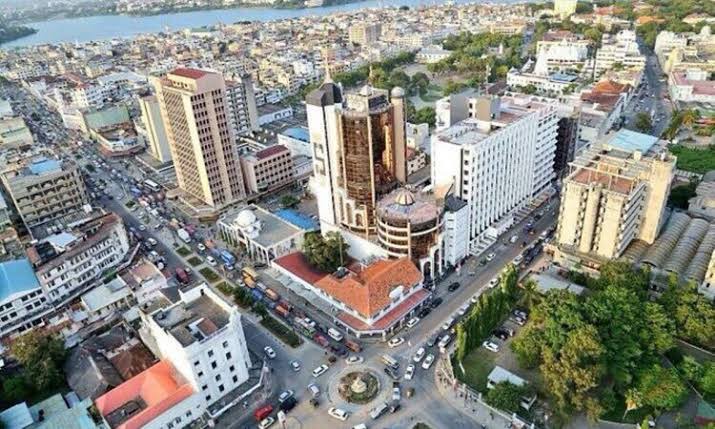 Dar es Salaam, a major city and commercial port on Tanzania’s Indian Ocean coast, grew from a fishing village. The open-air Village Museum has re-created the traditional homes of local and other Tanzanian tribes and hosts tribal dancing. It’s part of the National Museum, which offers Tanzanian history exhibits, including the fossils of human ancestors found by anthropologist Louis Leakey.

It is the main port of call for most visitors, as it is an ideal place from which to access both the wilderness areas and the beaches of Tanzania and Zanzibar. Must-see attractions include the beautiful beaches of Kunduchi, Mjimwena and Mbwa Maji, Dar es Salaam's spectacular harbour and shopping at the local markets. In recent years, the city has become a hub for diplomatic missions (making it a great place to secure visas for onward travel to other African countries); meanwhile, upscale hotels, restaurants, and a forthcoming light rail are sprouting up. As such, Addis feels very much under construction. With this I have come to an end of my article. I will appreciate your comments telling me your thoughts about this article and what you will love me to write about for you guys.

Sources from Wikipedia and youtu.be

The Story Of Robert Wadlow, The Tallest Man That Ever Lived