The wealthiest man in history is an African man, not a european, see how he amassed his wealth 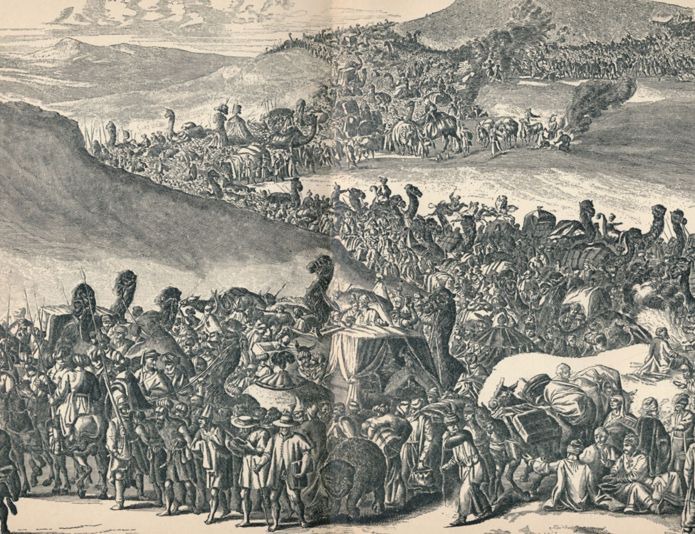 In 2012 his net worth was estimated to be $400 billion, but it was generally agreed that his wealth can never be accurately estimated. Mansa Musa was born into a royal family, His brother Abu Bakr ruled the empire until 1312. His obsession for the Atlantic ocean and what lies beyond it and his love for expeditions caused him to embark on an expedition, he sailed off with a fleet of 2000 ships, along with thousands of men, women and slaves, never to return.

The kingdom left behind was inherited by Mansa Musa, who grew the kingdom of Mali greatly, he had 24 cities as annexes. With a talented general in Saran Mandian, an armoured calvary corps of 10,000 horses and a 100,000 man army, the king was able to extend and maintain Mali's vast empire.

The kingdom was said to have reached modern day Niger, and also taking parts of countries such as Burkina faso, Mali, Niger, Mauritania, Senegal, Guinea Bissau, The Gambia, Guinea and Ivory Coast.

Due to how great and large the kingdom was, Gold and Salt became abundant, with Mali having half of the13th century Gold, and all of it belonged to the King. Mansa Musa had access to the most highly valued source of wealth in the medieval world. Major Gold trading centres were located in his empire, amongst other goods.

Mansa Musa embarked on pilgrimage to Mecca in 1324 and arrived in Cairo, Egypt in July that year. His entourage was so great that the Sultan of Egypt marveled at his western counterparts enormous wealth. It was said that each of the 100 camels had an enormous 135 kilos (300 pounds) of Gold dust, while 2.7 kilo (6 pounds) of Gold staff was brandished by each of the 500 slaves who traveled with the king.

In addition to these were hundreds of camels loaded with textile, foodstuffs, horse riders waving the king's flag and thousands of servants and officials. The king and his entourage spent and gave away so much gold that the Gold market crashed and it took over 12 years for it to recover. Musa gave 50,000 gold dinars to the sultan of Egypt, as meeting gesture. He was given a palace for his 3 months stay.

Mansa Musa traveled to Arabia after leaving Cairo, where he purchased lands and houses, so that those after him and who followed in his footsteps can have a place to stay. On Mansa Musa's return he built mosques in Gao and Timbuktu, and a beautiful audience at Niani, the empires capital.

The buildings we're designed by Ishak al-Tuedjin (d. 1346 CE) a Spaniard who had been enticed from Cairo by Mansa Musa during his visit. The payments for the buildings were 200 kilos (440) pounds of Gold, slaves, and a large area of land on the Niger river. A royal palace was built in the capital city and also in Timbuktu. Fortification walls were also erected to protect against raids by the Tuaregs, the nomads of the then southern Sahara.

Mansa Musa brought back books and scholars to Mali from his pilgrimage, after he had been inspired by what he had seen on his travels. Koranic learning was encouraged and Timbuktu became internationally famous for its culture and religious studies. Native religious scholars were sent to Morocco to learn what they could and return to Mali as teachers. Mansa Musa was succeeded by his son Mansa Maghan. Civil wars amongst Mali Mansas wrecked the empire and as a result the Tuaregs were oppurtuned to attack Mali cities such as Timbuktu after which the Songhai kingdom, ruled by King Sunni Ali also took over most of Mali cities.

4 ways you can relate with people of other religions