This is a theoretical look at the Truth About The Real Date Of The Day Of Judgement. And when their sons have slain one another, and they have seen the destruction of their beloved ones, bind them fast for seventy generations in the valleys of the earth, till the day of their judgment and of their consummation, till the judgment that is forever and ever is consummated.

The book of Enoch talks about years to come and it also describes a particular period, a period he (Enoch) described to be a time of Judgement for the world or for a particular nation. The fact that he mentions clearly that this time is to come 70 generations after his makes it a conundrum to figure out if he is either talking about the arrival of Jesus or the day of judgment.

As I have established, the book of Enoch could be talking about the end of days as the day of judgment or he could simply be talking about the coming of the messiah. However, in the original text, there is no mention of "messiah" not particularly. Although they were pointers to the fact that Enoch could have been referring to a time when a certain human being of divine status will come down to earth. But this could still be interpreted as the end time since Jesus himself as a divinity will come down to earth in the end of days.

70 generations as the end time: 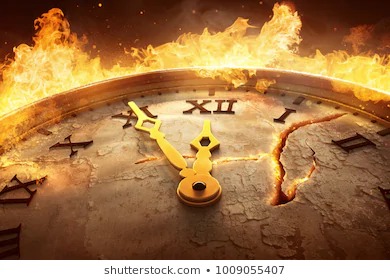 Since Enoch clearly used the word "judgment" one would immediately think he is referring to the day of judgment. As the book of revelation refers to a time when the world will come to an end and everyone on earth will be judged and separated. This means that the idea of the day of judgment is the end time, I mean that is exactly what comes to mind when the term "day of judgment" is used.

According to the book of revelation, certain events are to take place before the judgment day. Events that will usher in the end and will stir up the arrival of divinities and create a time when everyone will live in peace. Those events are clearly represented in this verse as the verse clearly mentions that their "son will slay each other" and as the day of judgment, or the days before that, certain beings will be imprisoned and locked away.

However, the interpretation is only given and accepted if the verses before this particular verse are not properly assessed. In the previous verses, one will see that Enoch was clearly talking about the imprisonment of the fallen angels who came down to earth. Although this still applies to the idea of the end time.

So, the book of Enoch could as well be talking about the end time when the fallen angels of old will be judged. However, we must put into consideration that these particular set of fallen angels, came after the devil had fallen. Obviously, the devil and his angels fell before or immediately after Adam was created and these angels in the book of Enoch fell after mankind had thrived on the face of the earth. This means that the judgment of the first set of fallen angels could be different from the judgment of the second set.

70 generations as the coming of the Messiah (Jesus): 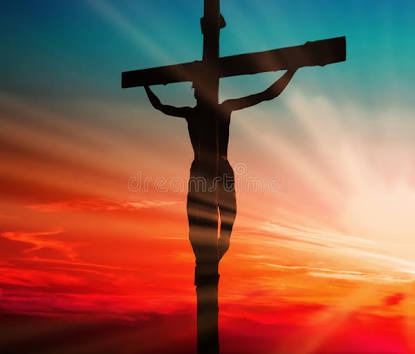 Then that angel came to me, and with his voice saluted me, saying, You [Enoch] are the Son of man, who art born for righteousness, and righteousness has rested upon you.

The verse above came after Enoch spoke of the 70 generations, a time he predicts that the judgment shall occur. According to this verse, Enoch is the son of man. However, we know now that what this means is that the Son of man (Jesus) will come from the line of Enoch.

According to the genealogy in Luke and in reference to that in book of Genesis, one will see that the space between the time of Enoch and that of Jesus is exactly 70 generations. This perhaps means that Enoch was referring to the coming of the Messiah (Jesus).

I mean it makes sense since the end of days began when Jesus died on the cross.

Anyway, in Enoch, it predicts the messiah will arise 70 generations after Enoch, 'seventh from Adam.' This in itself would be harmless if Enoch was just a fairytale, but in Luke's genealogy of Jesus, there are indeed 70 from Enoch to Jesus! It seems that (a) Enoch (the author of the book, nor the person Enoch) correctly predicted it, (b) Luke modified the genealogy here and there to make it match Enoch, (c) Enoch is again taking from it. Something is going on here! If Luke just made something up like that, how can we be sure he didn't just make up or borrow things from older non-inspired texts as he saw fit?