See the magical Croatian town where the ocean actually sings 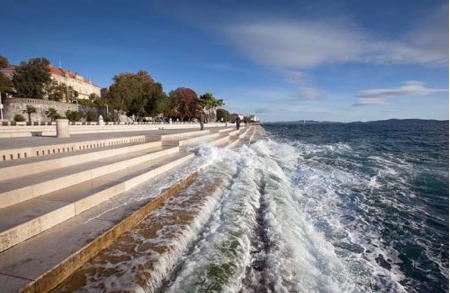 If you want to witness a phenomenon that appears to be actual magic,then you need to take a journey to the coastal town of Zadar, Croatia. 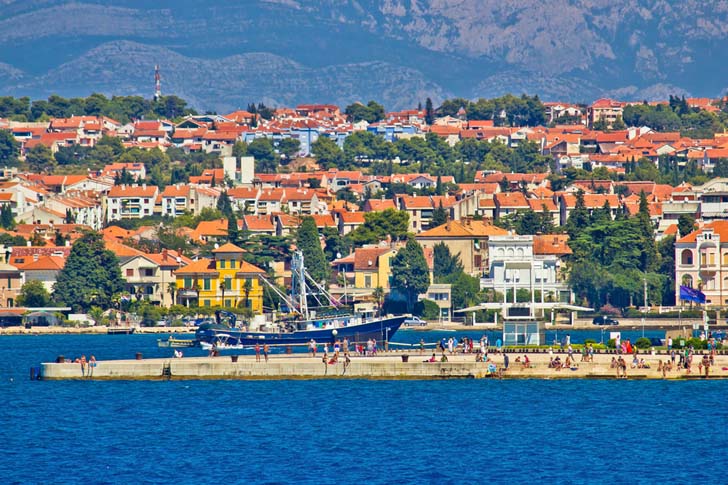 Zadar traces its roots all the way back to the 9th century BC, when it was a settlement of an Illyrian tribe, and was ruled by Romans, Turks, Italians, Croats, Austrians, and the French throughout several centuries. In 1920, it fell to the Italians once more, and was therefore heavily destroyed by the Allies. When construction began on the devastated city, 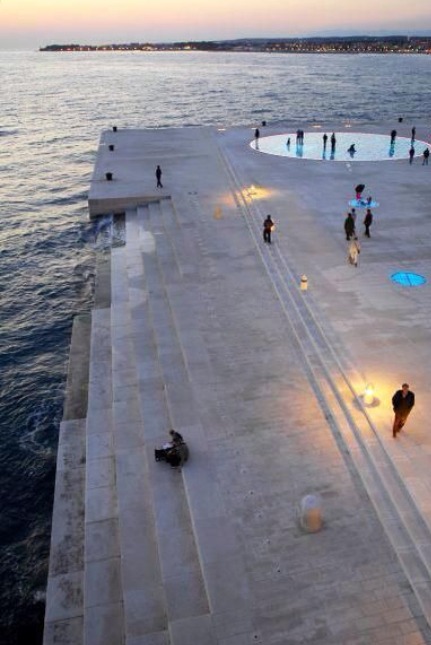 much of the waterfront became a long, monotonous concrete wall. The sea organ was therefore built by Croatian architect Nikola Bašić as a way of bringing some beauty back to the promenade, and it debuted to the public on April 15, 2005. 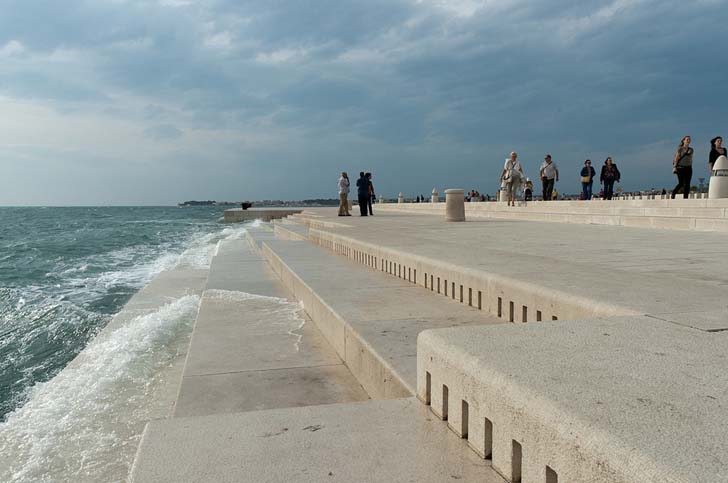 Underneath the concrete lay an organ, 230 feet long with thirty-five organ pipes.

On its surface,the organ looks like large marbles steps leading into the Atlantic ocean, below however, lied a series of bnarrow channels that connects to 35 organ piped.

Each set of steps holds five organ pipes each and it's tuned to a different musical land. 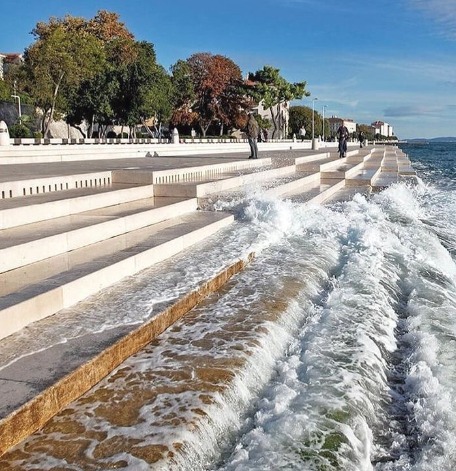 When water rushes through the small, rectangular holes inside the steps, it floods the resonant chambers, pushing air into the whistles on the pipes, creating never-ending series of notes to chime through the surface. It is a melody only in the most minimalistic sense, as it sounds more like random notes eerily played from the bottom of the ocean, or the lonely call of a whale lost at sea. 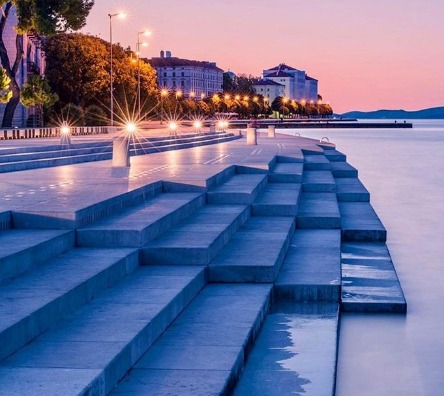 In 2006, the sea organ won the European prize for Urban public space, because it was a perfect grandstand for watching the sunset over the sea. 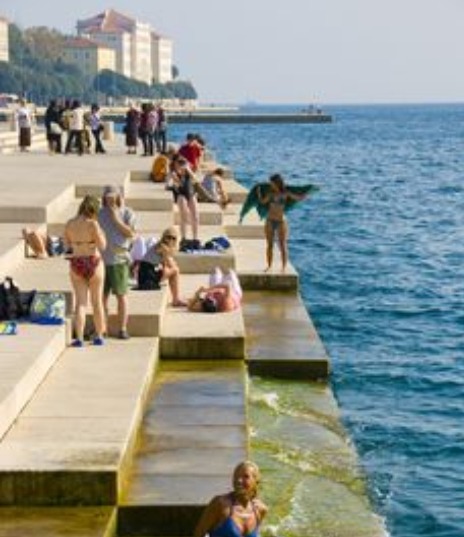