By PRIMETIMEVOICE | self meida writer
Published 7 months ago - 2050 views

The ultra-modern Bombardier CRJ 900 a trade mark of the Ibom Air with registration number 5N - BWM, landed the runway of the Margaret Ekpo International Airport at exactly 10.21am West Central African Time.

The maiden flight came in with HE. Mr. Donald Duke, one time Governor of Cross River State accompanied by his wife, HE, Onari Duke, host of other dignitaries and passengers of the air company.

Mr. Donald Duke who performed the official flag off of the operations of Ibom Air in the Margaret Ekpo International Airport was received by the Regional Manager, Mrs. Annie Essien Ette, staff of Ibom Air and Management of the Federal Airport Authority of Nigeria FAAN, Calabar. The event also witnessed the presentation of cultural display to welcome the guests and the passengers to mark the launch.

The highpoint of the event was marked with the official cutting of maiden operational tape was conducted at the arrival lounge by Mr. Duke Duke flanked by his wife and other dignitaries such as Rt. Hon. Orok Duke etc and was followed by the cutting of the cake to mark the official operational launch of the airline in Cross River State.

Duke said that the arrival of Ibom Air in Calabar has some nostalgic feelings to it and that the airline was also living to industry standard despite being new in the business. He commended them for doing things the right way and for living up to the standard and sustaining the high standards.

He stated that their coming in will better the lots of the people, the hospitality industry and the rest. "We are very certain of patronage. When people come into a place, you become a destination as you cannot become a destination if people don't get to you". He further added that the coming of the industry will be further strengthen the relationship between the two states.

When asked about the feeling of taking the maiden flight after the Covid-19 lockdown, he said that the pandemic lockdown was indeed imprisonment for everyone and the trip was the first for him after four months.

Rt. Hon. (Chief) Daniel Asuquo, the member representing Akamkpa/Biase House of Representative in the National Assembly commended the Government of Akwa Ibom State for their take charge approach in the aviation industry in response to the yearnings of the people. Being purpose driven, the state has stepped in to solve the problem of air travel as it presents a perfect solutions to the problem of air travel. It was a pathetic situation when we were faced with just one flight in the state. "I would have been thinking about the more than 10hours journey to Abuja today, but this is something I will do in less than two hours with peace of mind. He spoke highly of the company and commended them for living up to expectations.

Responding to questions from newsmen, the Regional Manager, Mrs Annie Essien Ette said that Ibom Air was designed for national coverage, however it was pertinent to respond to the need of the people in the region. She harped their services on safety, reliability and comfort.

She added that even though the Covid-19 pandemic has brought about travel apathy, the company is in to give Nigerians a different travel experience that is timely, reliable and lots more. Mrs. Annie concluded that though their route is just four for now, the plans to cover the national route is ongoing and the industry will soon unveil another sets of aircrafts.

Hon. Solomon Aboh, the SA to the Governor Ben Ayade on Aviation also commended the Ibom Air for stepping in to bring succour to the people in the area of air travels while appreciating HE Governor Ayade for creating the enabling environment for the launch. He used the opportunity to announce the long awaited Cally Air which he said will be launch before the Calabar Carnival this year 2020.

When pressed further on the issue of competition, he said that modalities were in place to help the airline when it will finally be launched.

Cross River born Nollywood actress/presenter Wofai Fada who boarded the Ibom Air maiden flight to Calabar also commended the Airline for their services. She thanked the Akwa Ibom State Government for coming up with the idea of an airline which describes as "our own".

"The trip was very smooth and I slept off only to be awakened by the announcement of our arrival. I also love the multilingual announcement to inform passengers of the protocols and situations. I won't fail to mention the rousing welcome ceremony and launching of the airline in the state on our arrival" she concluded.

how to talk to girls how to write a report my birthday wishes olamide 2018 romantic love messages for him
Opera News is a free to use platform and the views and opinions expressed herein are solely those of the author and do not represent, reflect or express the views of Opera News. Any/all written content and images displayed are provided by the blogger/author, appear herein as submitted by the blogger/author and are unedited by Opera News. Opera News does not consent to nor does it condone the posting of any content that violates the rights (including the copyrights) of any third party, nor content that may malign, inter alia, any religion, ethnic group, organization, gender, company, or individual. Opera News furthermore does not condone the use of our platform for the purposes encouraging/endorsing hate speech, violation of human rights and/or utterances of a defamatory nature. If the content contained herein violates any of your rights, including those of copyright, and/or violates any the above mentioned factors, you are requested to immediately notify us using via the following email address operanews-external(at)opera.com and/or report the article using the available reporting functionality built into our Platform 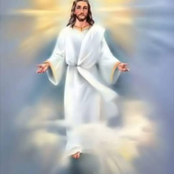 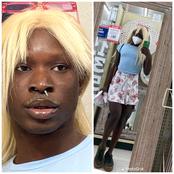 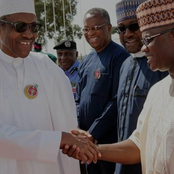 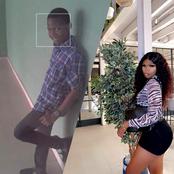 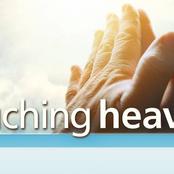 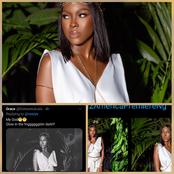 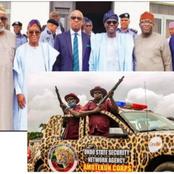 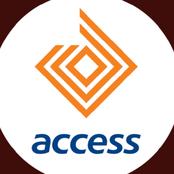 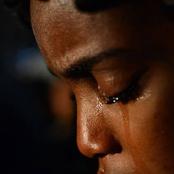 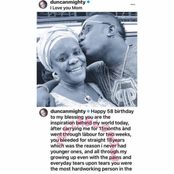