Meet "The Sentinelese", the Deadliest tribe in the world. 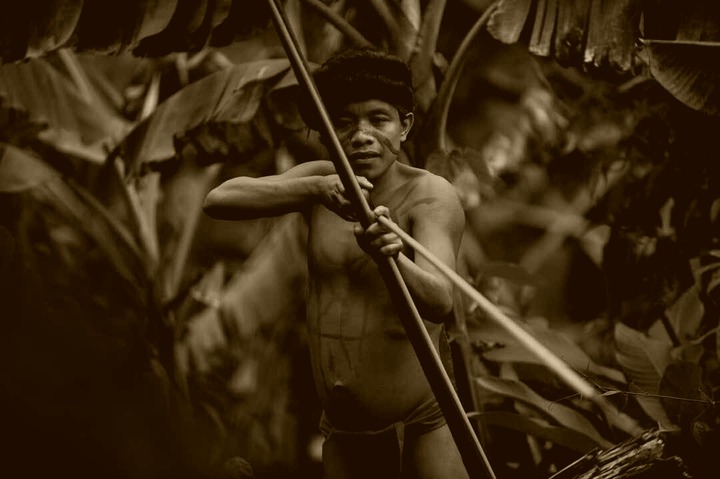 The Sentinelese are deadly and tribal people who occupy the Andamans Island in the Bay of Bengal, a territory governed by the government of India.

Historically referred to as the "Great Andamanese", the Sentinelese are very hostile and aggressive people, They are intolerant to outsiders and have killed people who approached or landed on the island.

The tribes were also known as Jarawas, are extremely different from the rest of the world. They have no contact with what is going on in parts of the world, no civilization, no modern facility, they're what you'll describe as the "Early Man".

The Sentinelese are not cannibals but they feed on raw pigs and other livestock they hunt with their bow, which is their main weapon, they also feed on fruits, and vegetables.

They don’t speak any language similar to rest of the world, Their color is pitch black skin and, very red eyes, and according to research, their height is measured between 5 ft 3 in (1.60 m) and 5 ft 5 in (1.65 m) this may be inaccurate as it was conducted from a distance because any close contact near their inhabitant will be met with deadly retaliation.

The Sentinelese are not advanced in warfare in a way, but they make use of their bow and wooden spear when there's a dispute with their close archaic neighbors. 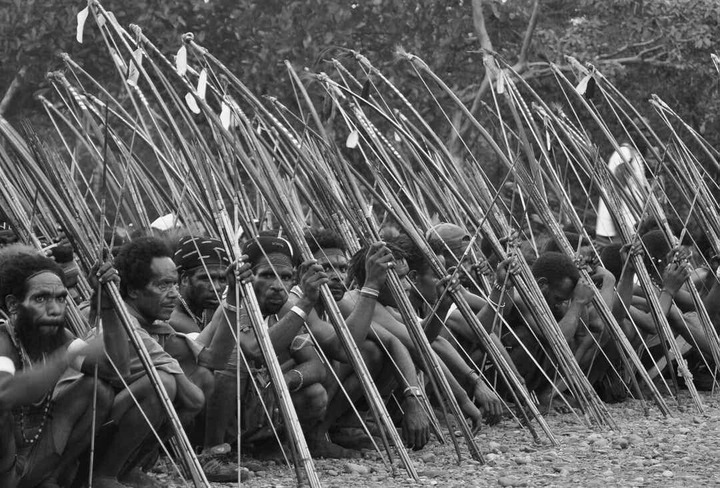 The Sentinelese readying for war

The men of Sentinelese are said to be stout in nature, not dwarves they often appear in average height and, they possess sharp-aligned teeth. They also wear jawbones of deceased relatives round their neck and other carved ornaments.

Attempts have been made by the outside world to colonize and civilize the Sentinelese, it was recorded that as of 1867, the Indian merchant-Ship docked at the northern part of the Sentinel Island.

All the passengers and crew reached the beach safely, but as they proceeded for their breakfast on the third day, they were suddenly attacked by a group of naked very dark-skinned men, all painted in red, with arrows, sticks, and wooden spear.

The captain of the ship abandoned the passengers and ran to his ship, a few days later, the captain was found by Naval officers and he narrated his ordeal to them. The Royal Navy sent a rescue team to go see what has become of the passengers and getting to the island, they saw the passengers have already repelled the attack from the Sentinelese. 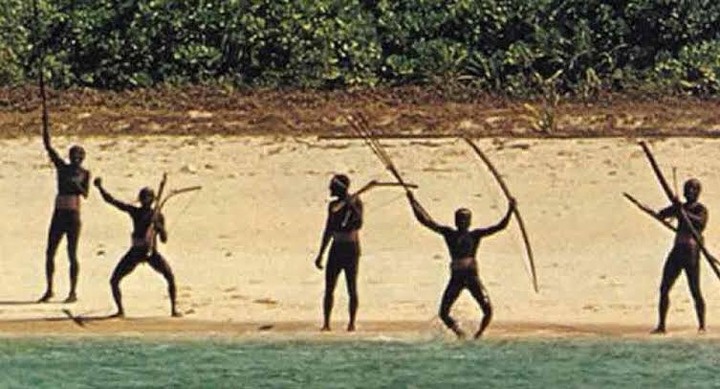 Another event recorded about the Sentinelese in 1880 when a British naval officer Maurice Portman, with armed men, stormed the Sentinel Island and upon arrival, the Sentinelese all ran and abandoned their homes and went deep into the forest. Portman and his group searched for the Sentinelese for days until they found four children, two adults a man and woman, and sailed off with them. 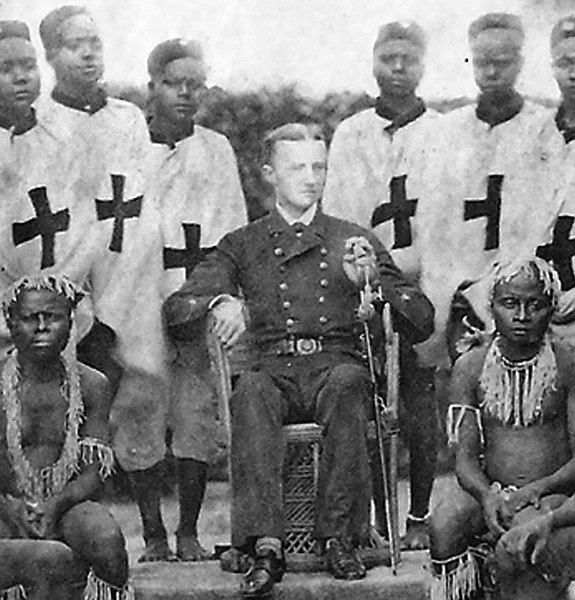 Maurice Portman and the Sentinelese

Getting to their destination, the two adults Sentinelese died, the four children developed a fever and were terribly sick. Portman sent them back to the Sentinel Island, with gifts and his sincere apology for raiding them.

Years later after Portman's raid on the Sentinelese, a convict escaped from the Penal Colony, A government territory on the Island.

The convict-built a raft and flowed across to the North Sentinel beach. His body was found by a search party some days later with several arrows and his throat cut.

There have been other recorded hostilities from the Sentinelese, Richard Temple, chief commander in the Nicobar Islands, reported that he had voyaged North Sentinel island to capture bandits, but upon arrival, he discovered that the bandits had been killed by the Sentinelese. 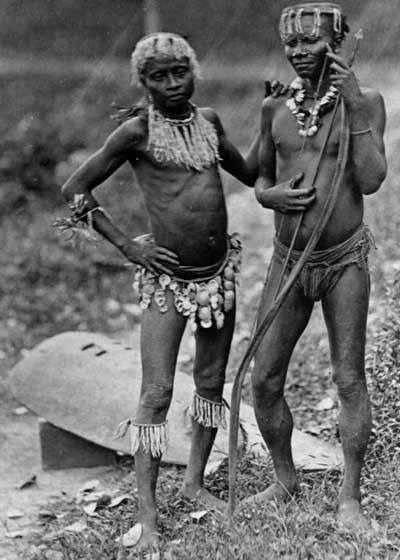 The last of the recorded hostility received by a trespasser on the Sentinelese territory happened in 2018 when an American Adventurer and blogger rented a boat illegally and, with the help of fishermen sailed into the Island. Upon arrival, he wandered and met the fierce Sentinelese who shot him full of arrows. And he died at the spot. 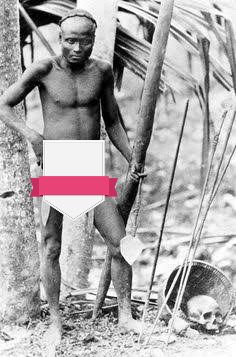 The Sentinelese still occupy the Andamans Island to date, and any sort of contact from the outside world is highly prohibited.