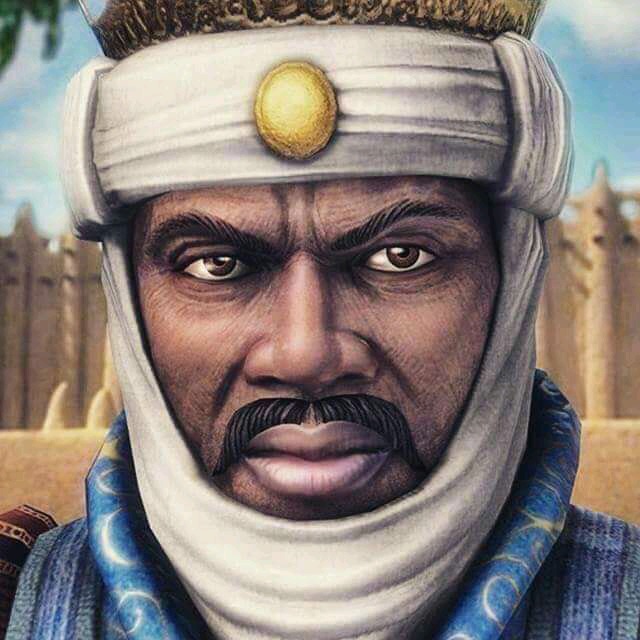 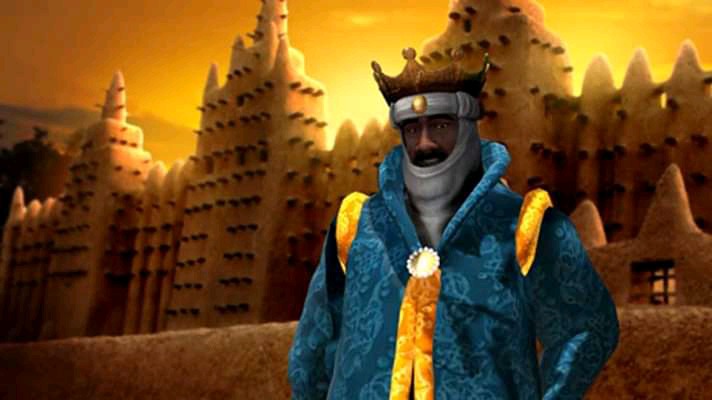 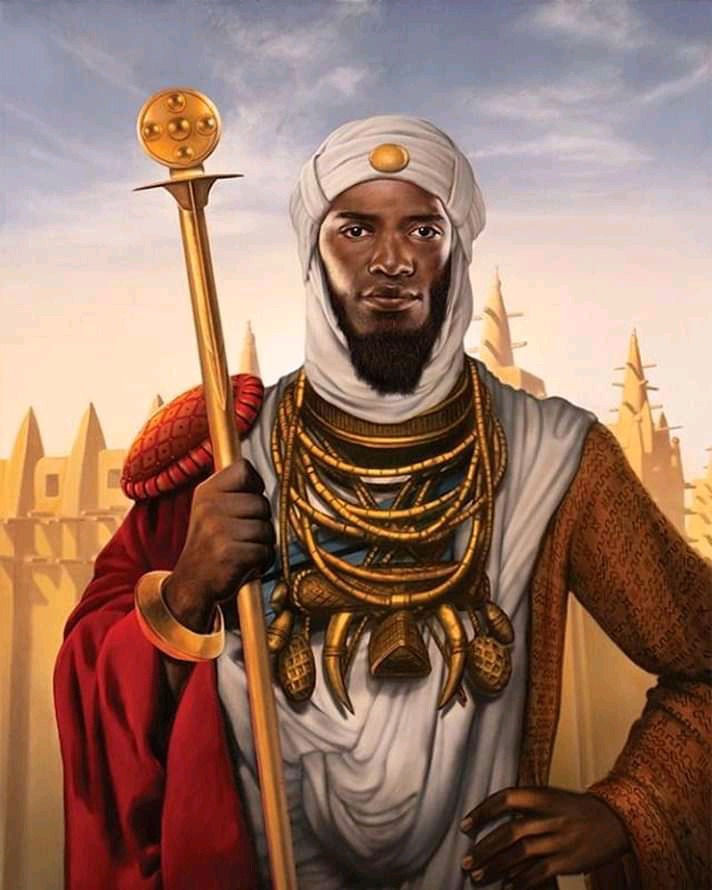 Mansa Mūsā left a realm notable for its extent and riches—he built the Great Mosque at Timbuktu —but he is best remembered in the Middle East and Europe for the splendour of his pilgrimage to Mecca (1324). 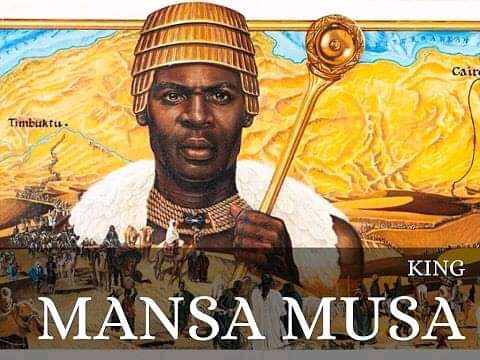 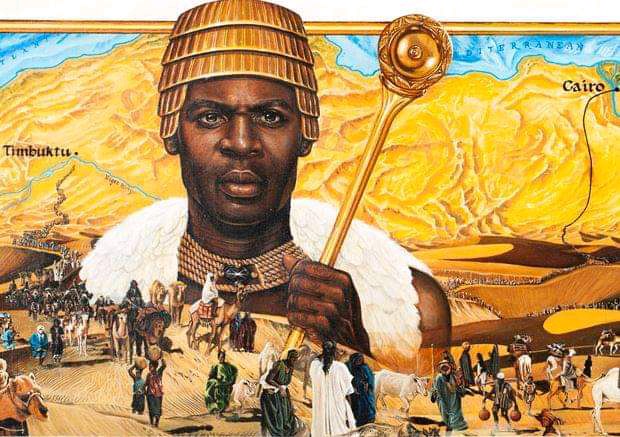 Mansa Mūsā, either the grandson or the grandnephew of Sundiata, the founder of his dynasty, came to the throne in 1307. In the 17th year of his reign (1324), he set out on his famous pilgrimage to Mecca. It was this pilgrimage that awakened the world to the stupendous wealth of Mali. Cairo and Mecca received this royal personage, whose glittering procession, in the superlatives employed by Arab chroniclers, almost put Africa’s sun to shame. Traveling from his capital of Niani on the upper Niger River to Walata (Oualâta, Mauritania) and on to Tuat (now in Algeria) before making his way to Cairo, Mansa Mūsā was accompanied by an impressive caravanconsisting of 60,000 men including apersonal retinue of 12,000 slaves, all clad in brocade and Persian silk. The emperor himself rode on horseback and was directly preceded by 500 slaves, each carrying a gold-adorned staff. In addition, Mansa Mūsā had a baggage train of 80 camels, each carrying 300 pounds of gold. 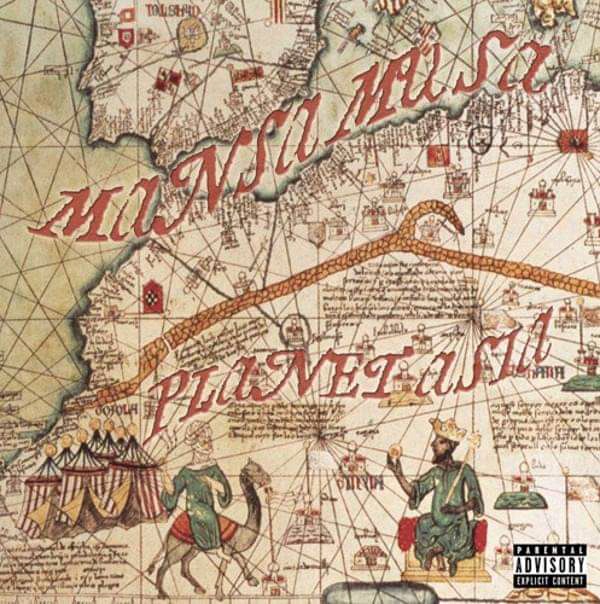 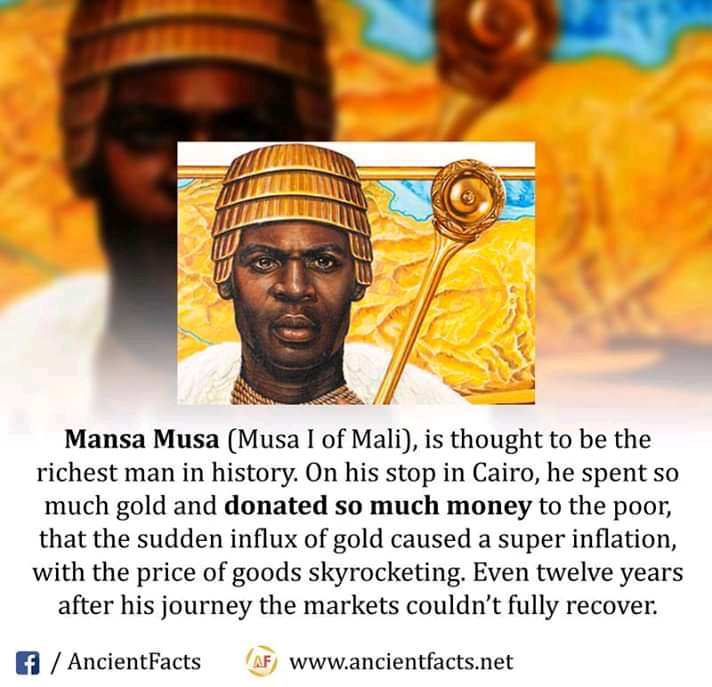 Mansa Mūsā’s prodigious generosity and piety, as well as the fine clothes and exemplary behaviour of his followers, did not fail to create a most-favourable impression. The Cairo that Mansa Mūsā visited was ruled by one of the greatest of the Mamlūk sultans, Al-Malik al-Nasir. The black emperor’s great civility notwithstanding, the meeting between the two rulers might have ended in a serious diplomatic incident, for so absorbed was Mansa Mūsā in his religious observances that he was only with difficulty persuaded to pay a formal visit to the sultan. The historian al-ʿUmarī, who visited Cairo 12 years after the emperor’s visit, found the inhabitants of this city, with a population estimated at one million, still singing the praises of Mansa Mūsā. So lavish was the emperor in his spending that he flooded the Cairo market with gold, thereby causing such a decline in its value that the market some 12 years later had still not fully recovered. 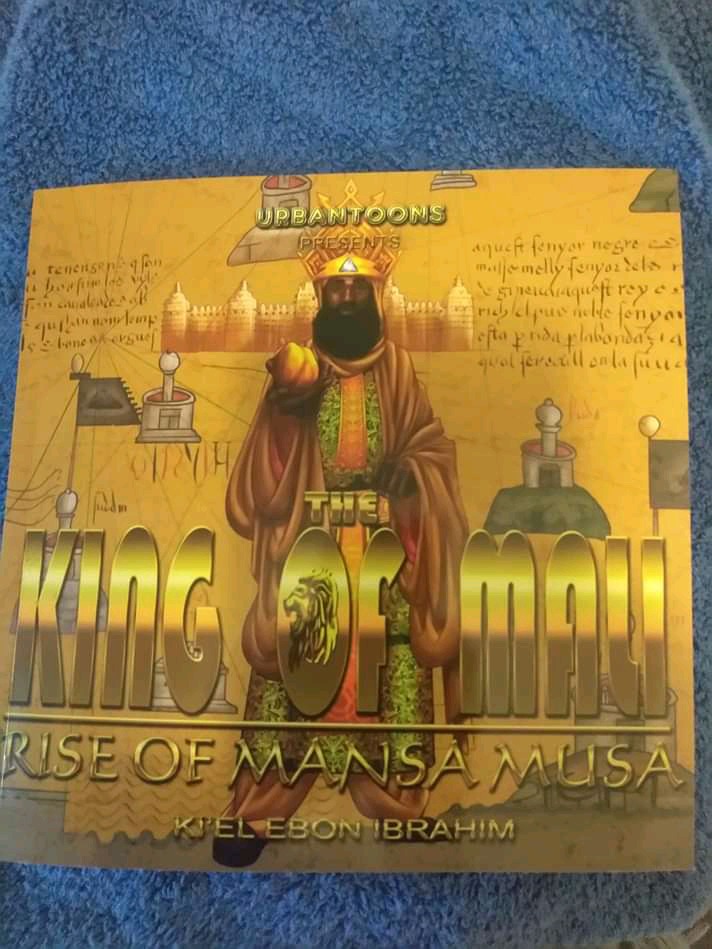 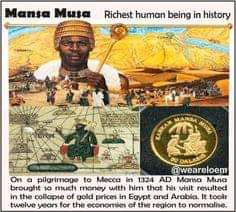 Rulers of West African states had made pilgrimages to Mecca before Mansa Mūsā, but the effect of his flamboyant journey was to advertise both Mali and Mansa Mūsā well beyond the African continent and to stimulate a desire among the Muslim kingdoms of North Africa, and among many of European nations as well, to reach the source of this incredible wealth. 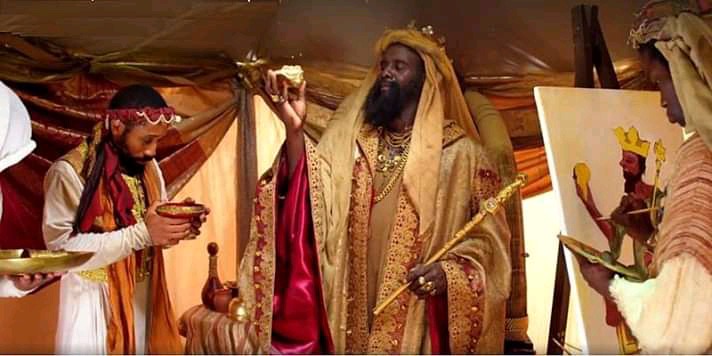 Mansa Mūsā, whose empire was one of the largest in the world at that time, is reported to have observed that it would take a year to travel from one end of his empire to the other. While this was probably an exaggeration, it is known that during his pilgrimage to Mecca one of his generals, Sagmandia (Sagaman-dir), extended the empire by capturing the Songhai capital of Gao. The Songhai kingdom measured several hundreds of miles across, so that the conquest meant the acquisition of a vast territory. The 14th-century traveller Ibn Baṭṭūṭah noted that it took about four months to travel from the northern borders of the Mali empire to Niani in the south.

The emperor was so overjoyed by the new acquisition that he decided to delay his return to Niani and to visit Gao instead, there to receive the personal submission of the Songhai king and take the king’s two sons as hostages. At both Gao and Timbuktu, a Songhai city almost rivalling Gao in importance, Mansa Mūsā commissioned Abū Isḥāq al-Sāḥilī, a Granada poet and architect who had travelled with him from Mecca, to build mosques. The Gao mosque was built of burnt bricks, which had not, until then, been used as a material for building in West Africa. 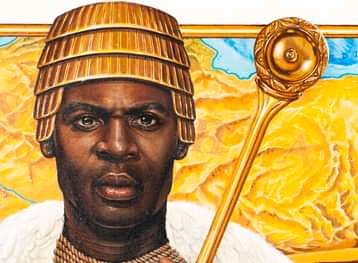 Under Mansa Mūsā, Timbuktu grew to be a very important commercial city having caravan connections with Egypt and with all other important trade centres in North Africa. Side by side with the encouragement of trade and commerce, learning and the arts received royal patronage. Scholars who were mainlyinterested in history, Qurʾānic theology, and law were to make the mosque of Sankore in Timbuktu a teaching centre and to lay the foundations of the University of Sankore. Mansa Mūsā probably died in 1332. 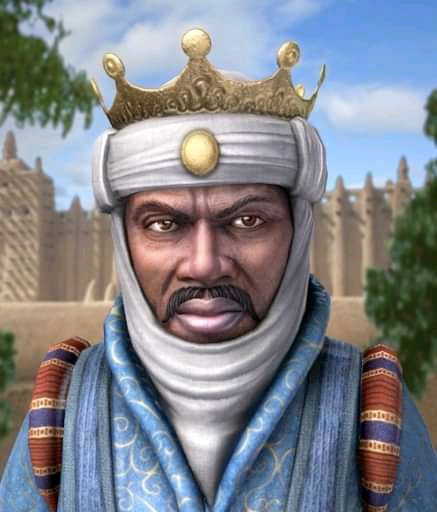 The death date of Mansa Musa is highly debated among modern historians and the Arab scholars who recorded the history of Mali. When compared to the reigns of his successors, son Mansa Maghan (recorded rule from 1337 to 1341) and older brother Mansa Suleyman (recorded rule from 1341 to 1360), and Musa's recorded 25 years of rule, the calculated date of death is 1337. Other records declare Musa planned to abdicate the throne to his son Maghan, but he died soon after he returned from Mecca in 1325. According to an account by Ibn-Khaldun , Mansa Musa was alive when the city of Tlemcen in Algeria was conquered in 1337, as he sent a representative to Algeria to congratulate the conquerors on their victory. 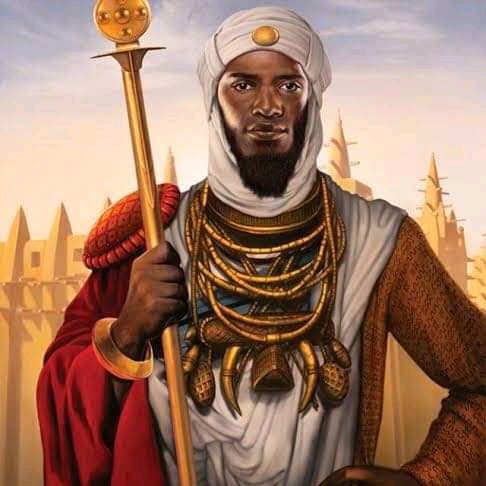 At an estimated value of $400 billion, he has been described as The All-Time world's richest man in history, most part of his wealth from the production and trade of salt and gold; more than half of the world's supply at the time in fact. 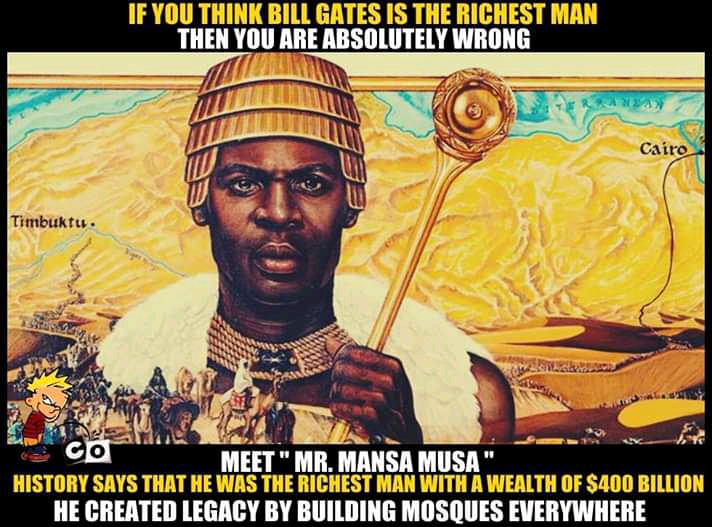 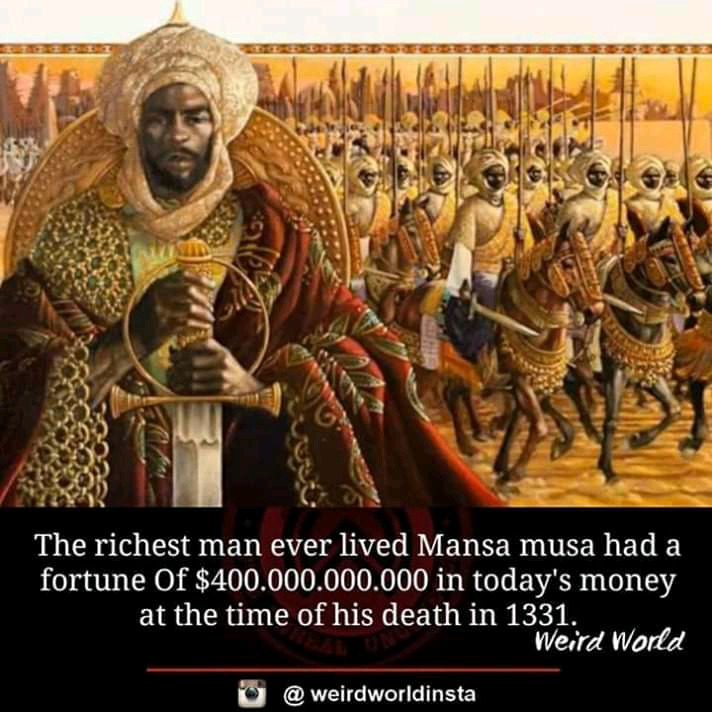