Top 10 tallest building in the world.

By Teamready (self media writer) | 2 years ago New building projects are launched each day in every part of the world, each with aims loftier than the other. Humans are obsessed with the idea of breaking records. And it becomes quite difficult to define the tallest buildings in the world. Not only are these buildings a living testimony to what architecture and engineering have attained, but they also highlight the human drive for pushing the boundaries of possibilities. So, what is the tallest building in the world like? 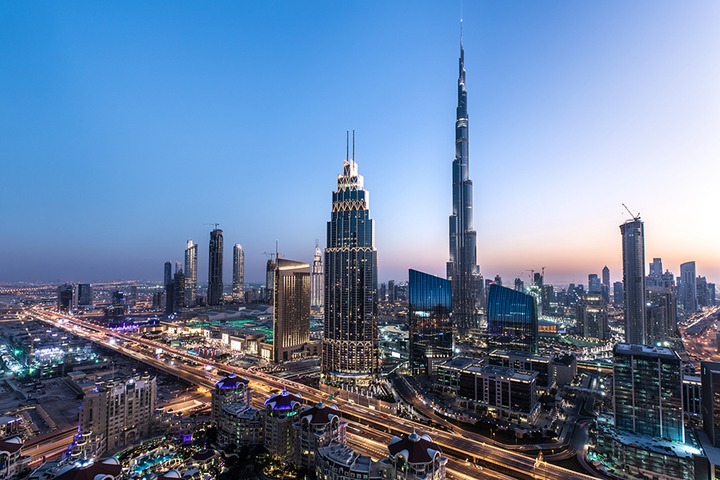 10. TAIPEI 101 – 509, 2 METERS Formerly renowned as the tallest building of the world, Taipei 101 is currently ranked 10th in the list. Earlier, it had the fastest elevators in the world. Ancient China’s pagodas were the inspirations for its structure. Taipei Financial Centre Corporation owns the rights of this building. Taipei 101 is the perfect combination of Asian traditions and modern technology. It is home to huge businesses and provides recreation amenities as well. With 101 floors above the ground, it has 5 underground floors too. Special occasions are often organised here. 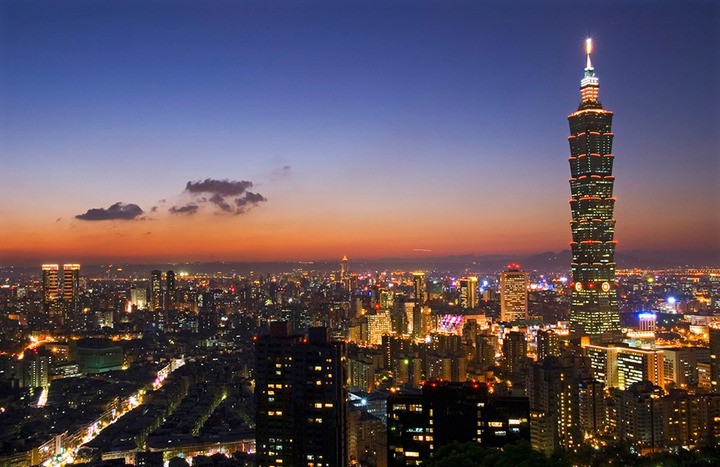 9. CHINA ZUN – 524 METERS Also famous by the formal name CITIC Plaza, China Zun is a 524 meters tall building. There are 108 floors in this tower. It is named after an ancient vessel. Also, its shape is inspired by the vessel itself. China Zun was constructed in two divisions; once in 2017 and then in 2018. A rooftop pool sits pretty on the top floor of this multipurpose building. No building in Beijing is going to surpass it in height for the near future. It will be inaugurated in March 2019. 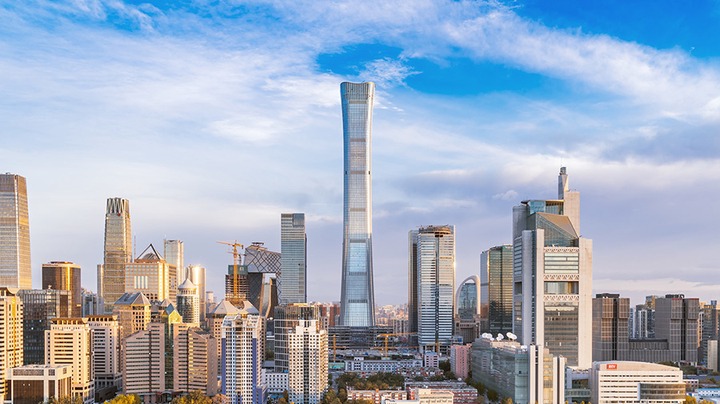 8. TIANJIN CHOW TAI FOOK CENTRE – 530 METERS Also known as the Tianjin CTF tower, Tianjin Chow Tai Fook Tower is the fourth tallest building in China. It is about the same height as Guangzhou CTF Tower but is ranked lower because it was built after the Guangzhou Tower. It is the second building named after the CTF enterprises. Its secondary construction was completed by the end of 2018. It houses luxury apartments and corporate offices along with housing office spaces. It reduces the floor space area revealed to the sun, wind, and moisture, which helps reduce the building’s carbon footprint. 7. GUANGZHOU CHOW TIA FOOK CENTRE– 530 METERS CTF Tower is 530 meters tall and situated in Guangzhou, China. This building consists of 111 floors, out of which 5 are underground. Its inauguration ceremony was held in 2016. CTF Tower is a multipurpose space and has more than 95 working elevators in it. Surprisingly, these elevators can move at a rate of 44 miles per hour. Chow Tai Fook Enterprises owns this project and thus, it is named after them. The New World Development firm was responsible for its development. It is located in the popular suburban area of Guangzhou. There are many hotels, residential houses, hotels, and crowns in the tower. 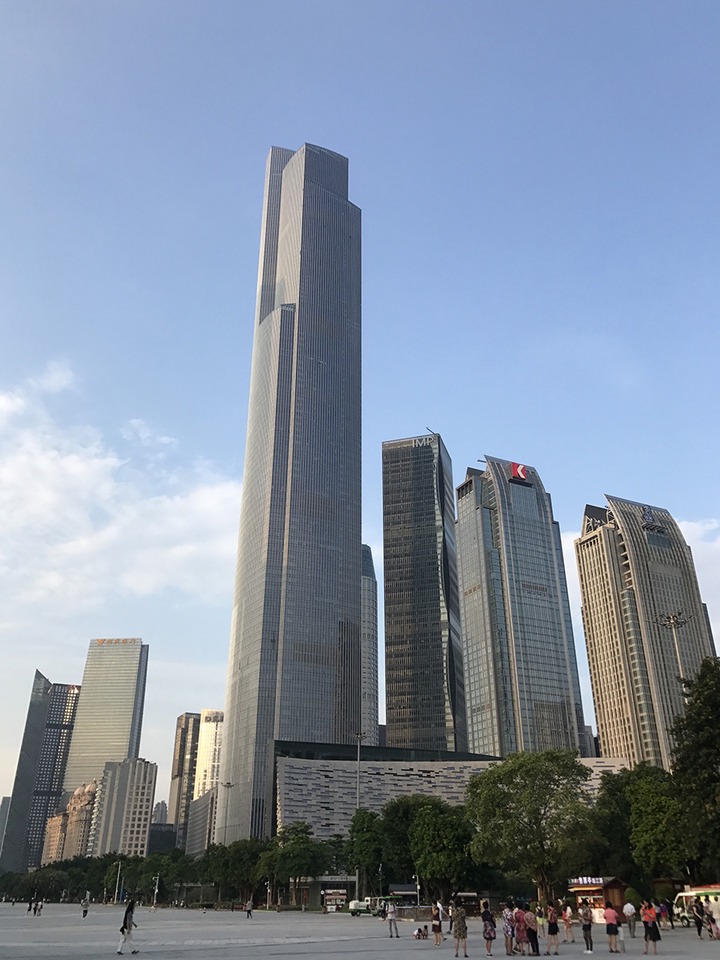 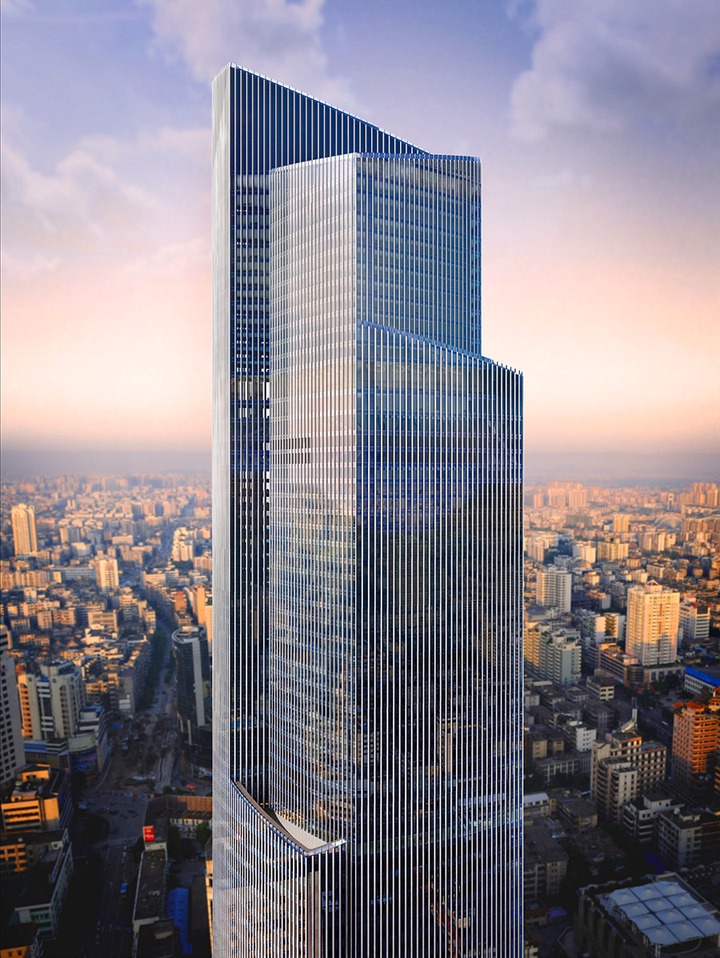 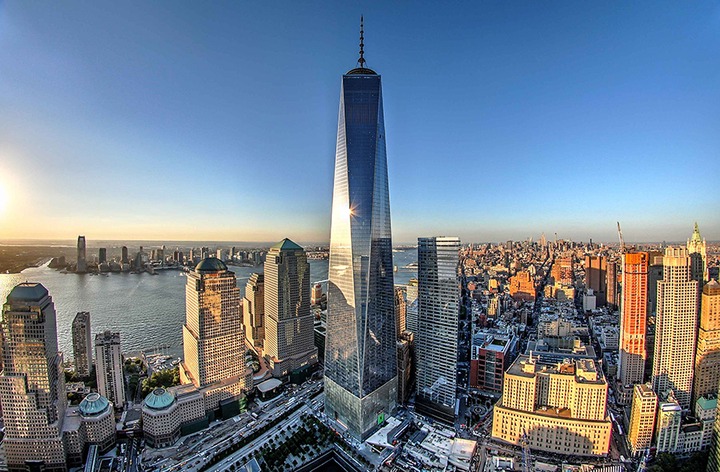 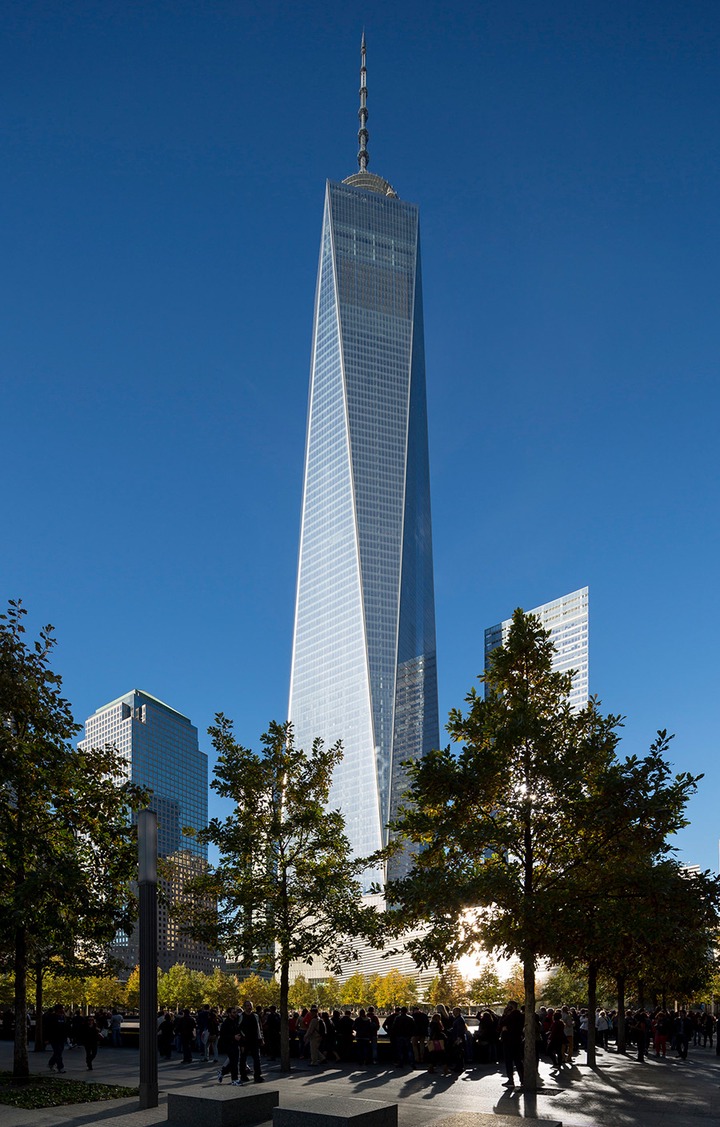 5. LOTTE WORLD TOWER. 555 METERS The Lotte World Tower houses the pride of South Korea, one of the fastest growing countries in the world. Thirteen years were spent to build this enormous building. It was inaugurated in 2017. The building has 123 floors in it, and offers multiple observatory decks. Here’s an amazing fact about the Lotte World Tower. The design of this building is such that it can defy the effects of an earthquake measuring 9 on the Richter scale. It is built alongside the banks of the Han River. 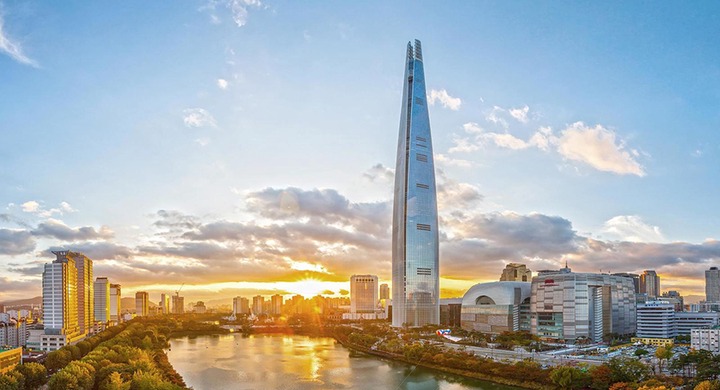 4. PING AN FINANCE TOWER. 599 METRES This gigantic building is another gem from China. Ping An Finance Tower is 599 metres tall and located in Shenzhen. It accommodates the Ping An Insurance firm office. It was inaugurated in 2015 and underwent an extended construction phase until 2017. The tower hosts numerous facilities such as conference centres, retail stores, and hotel rooms. Earlier, the aim was to build the tallest building in the country. As a higher tower would have impeded airplanes, the construction was stopped after 115 floors. The observation deck is on the 116th floor. 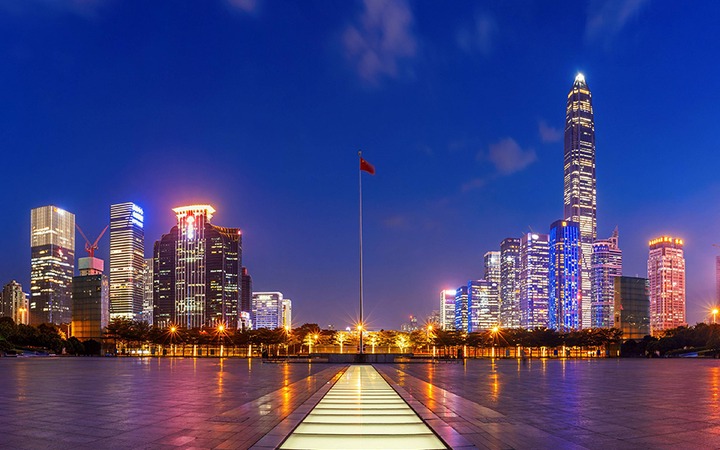 3. MAKKAH ROYAL CLOCK TOWER. 601 METRES Makkah Royal Clock Tower is one of the tallest buildings located in the holy city of Mecca, Saudi Arabia. It is situated very close to the famous Grand Mosque. The construction of this building took around 7 years. In 2011, the Clock Tower was opened to the general public. More than 96 elevators work every day in this building. Also, the tower becomes an observatory tower during the month of Ramzan. The 601 metres tall skyscraper was constructed by the of Saudi Bin Laden group. The most fascinating element of this tower is its clock. It can been seen from a distance of 30 kilometers! 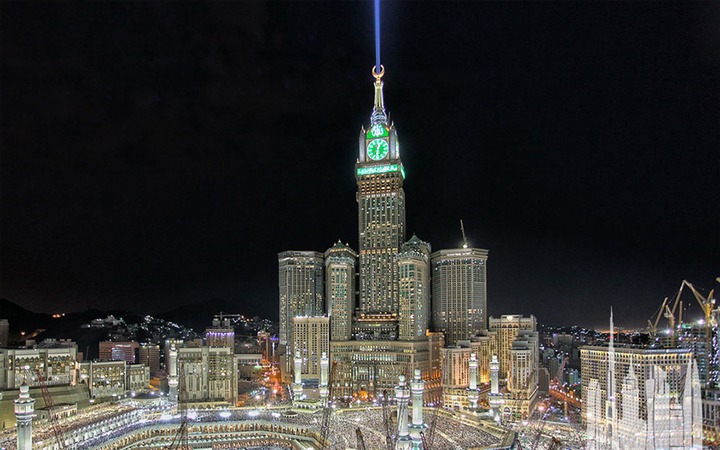 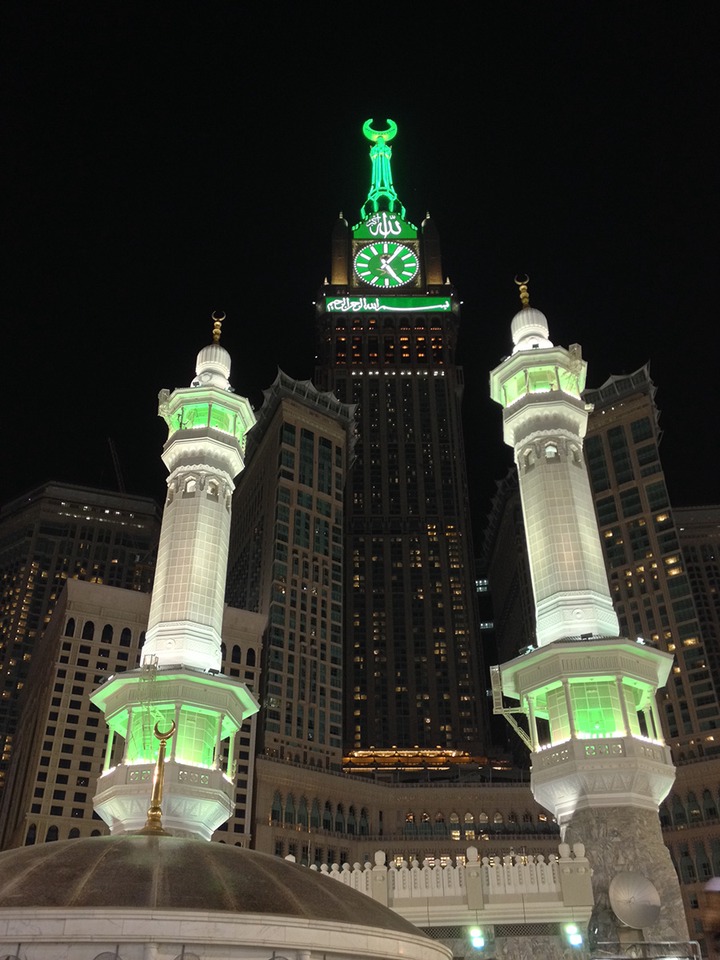 2. SHANGHAI TOWER. 632 METERS Among the countless achievements of China, Shanghai Tower is a recent one. It is the tallest building in China. Inaugurated in 2014, the building took 8 years for completion. A whopping 4.2 billion dollars were spent to build this 632 meters tall building. There are around 258 rooms in the hotel situated in Shanghai Tower. Want another fun fact? Shanghai Tower also has the world’s highest observatory deck. The entire Shanghai skyline is visible from its deck; probably the best view in China. 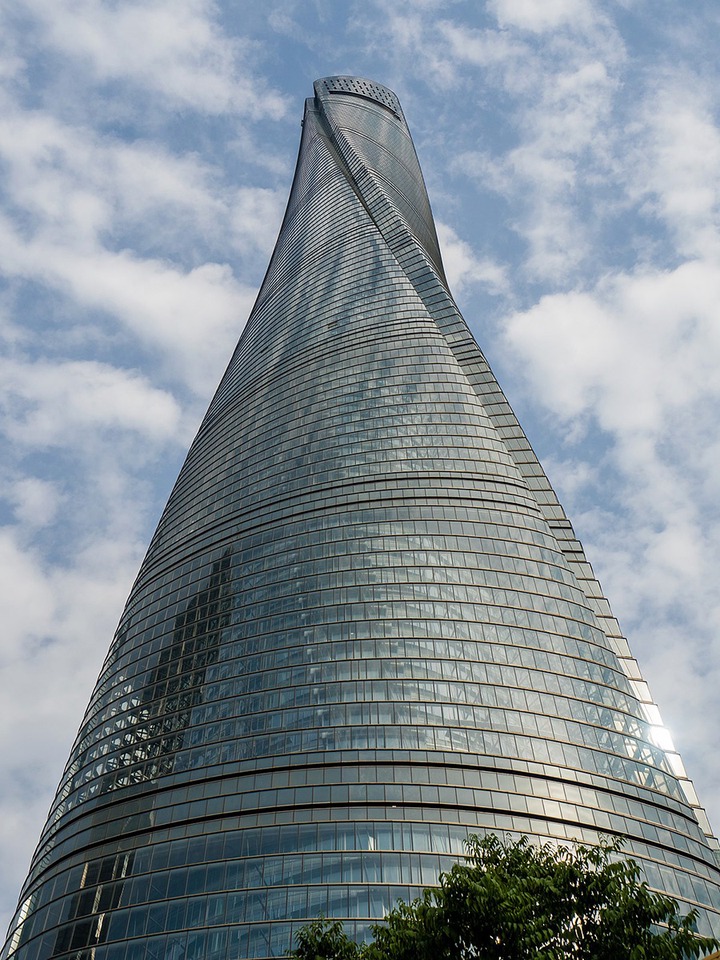 1. BURJ KHALIFA. 828 METRES Along with being the tallest building in Dubai, Burj Khalifa is officially the world’s tallest building, since 2010. The tender for its construction was given to a Chicago-based architecture firm. Standing at a height of 828 metres, it has 163 floors, and houses approximately 30,000 people. The Burj Khalifa houses hotels and shopping malls, and an artificial lake as well! The tower has received many awards and recognition from all quarters of the world of architecture. 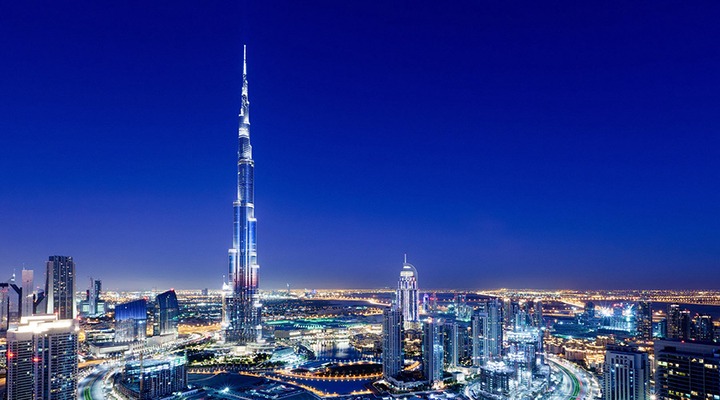 These are the top 10 tallest buildings in the world till date. While more buildings that surpass these ones are sure to come up in time, don’t let that stop you from checking out these marvels.

Content created and supplied by: Teamready (via Opera News )