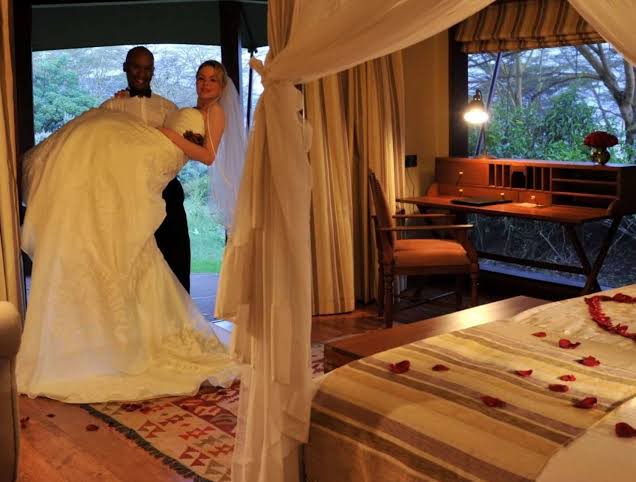 1.Praslin Island (Seychelles) :Praslin is a tourist destination with several hotels and resorts, as well as a number of beaches such as Anse Lazio and Anse Georgette.It has substantial tracts of tropical forests with birds such as the endemic Seychelles bulbul and the Seychelles black parrot. The Caller De Mai Nature Preserve, established in 1979, is known for the unique coco de mer and vanilla orchids. It has been reported that General Charles George Gordon of Khartoum (1833-1885) was convinced that Vallée de Mai was the Biblical "Garden of Eden".

2. Island of Zanzibar (Tanzania):Unguja, also known as Zanzibar Island, is the main island in the Tanzanian archipelago of Zanzibar. Stone Town, part of Zanzibar City, is an old trade center, with mosques and winding lanes. The 1883 House of Wonders is a former sultan’s palace with a clock tower. The Old Fort now houses a cultural center and a stone amphitheater. Underground aqueducts fed hot water to the late-19th-century Hamamni Persian Baths.

3. Douz ( Tunisia):It has been called the "ultimate palm oasis", because it has over 500,000 palm trees in the area, and it is a major producer of "diglat noor" dates.[3] In previous times it was an important stop on the trans-Saharan caravan routes. Today, it is a destination for tourists who are interested in seeing the desert, and a starting point for desert treks by camel, motorcycle, or four-wheel-drive vehicle.

4. Victoria Falls ( Zambia):Victoria Falls is a waterfall on the Zambezi River in southern Africa, which provides habitat for several unique species of plants and animals. It is located on the border between Zambia and Zimbabwe and is considered to be one of the world's largest waterfalls due to its width of 1,708 metres

5. Obudu Mountain Resort (Nigeria):Obudu Mountain Resort (formerly known as the Obudu Cattle Ranch) is a ranch and resort on the Obudu Plateau in Cross river State , Nigeria. It was developed in 1951 by M. McCaughley, a Scot who first explored the mountain ranges in 1949. He camped on the mountaintop of the Oshie Ridge on the Sankwala Mountains for a month before returning with Mr. Hugh Jones, a fellow rancher, in 1951. Together with Dr Crawfeild, they developed the Obudu Cattle Ranch.

6. Tofo Or Bazaruto Archipelago(Mozambique):Tofo / Barra are the place for whale sharks / Mantas, but there's a good range of reefs. Also a very good range of accommodation -- you'll get a good place for your budget. ... Bazaruto / Benguerra offer clearer water and great all round diving (but not whale sharks of course!), but at a price

8. Serengeti (Tanzania):The Serengeti National Park is a Tanzanian national park in the Serengeti ecosystem in the Mara and Simiyu regions.It is famous for its annual migration of over 1.5 million white-bearded (or brindled) wildebeest an ud 250,000 zebra and for its numerous Nile crocodile and honey baedger.

9. Belo Sur Mur (Madagascar): Belo sur Mer is a town and commune in Madagascar. It belongs to the district of Morondava, which is a part of Menabe Region. The population of the commune was estimated to be approximately 8,000 in 2001 commune census. Primary and junior level secondary education are available in town

10. Le Morne Brabant (Mauritius): Le Morne Brabant is a peninsula at the extreme southwestern tip of the Indian Ocean island of Mauritius on the windward side of the island. It is highlighted by an eponymous basaltic monolith with a summit 556 metres above sea level. The summit covers an area of over 12 hectares