By DaveMedia (self meida writer) | 1 months 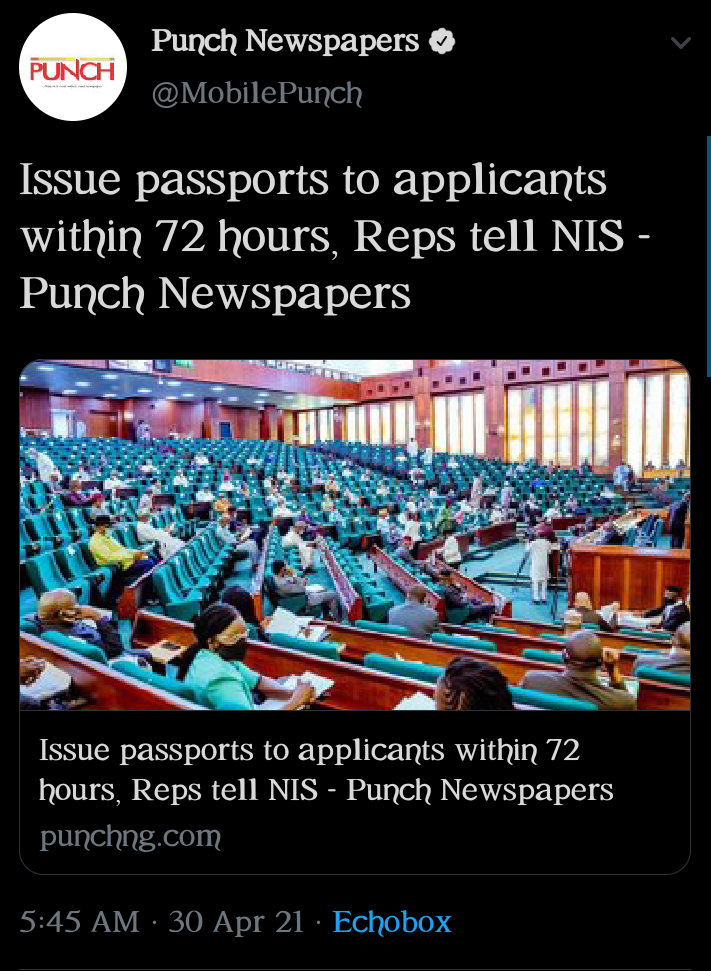 The House of Representatives has given the Nigerian Immigration Service 72 hours to issue passports to persons who have applied and paid for the international travel document.

At the plenary on Thursday, the House unanimously adopted a motion moved by Mr Ugonna Ozurigbo, titled, ‘Call for an end to the scarcity of International Passport (sic) Booklets at Immigration Offices.’

Consequently, the lawmakers resolved to urge the NIS to “within 72 hours, issue passports to thousands of Nigerians who have applied, paid and have been captured (biometrics) but have yet to be issued their passport booklets.”

Insecurity: Why US Govt May Not Help Buhari – Falana 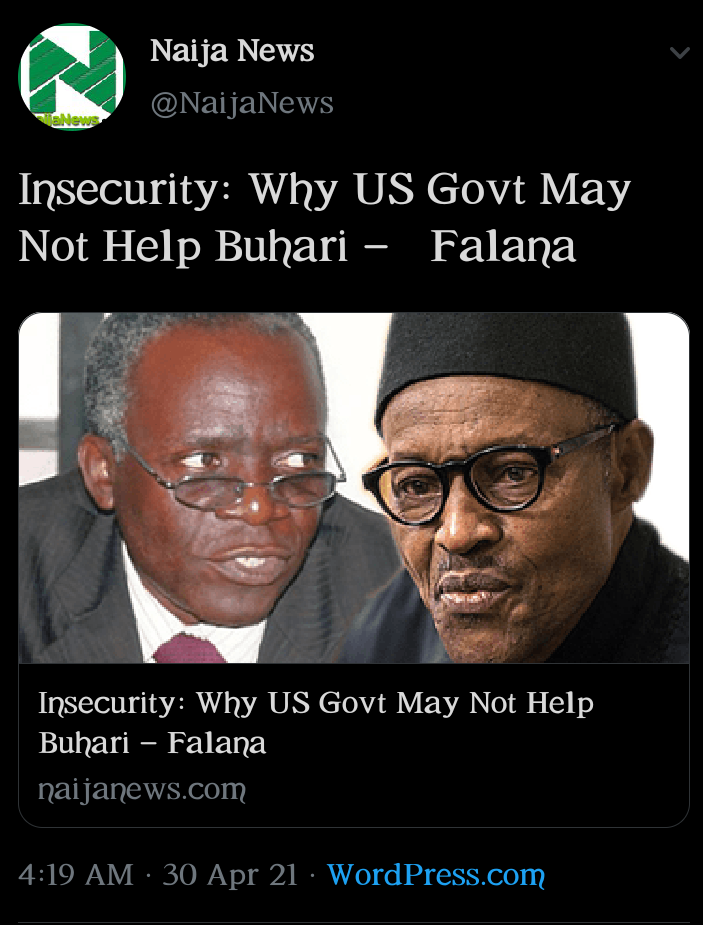 Human rights lawyer and Senior Advocate of Nigeria (SAN), Femi Falana has urged the Muhammadu Buhari government not to rely on any false hope of getting help from the US government in fighting insecurity in Nigeria.

He noted that historically, the US government and other western leaders have not done much to support the country’s war against insurgency.

Rather than expect help from the US, Falana urged the federal government to recruit more soldiers and police, empower and motivate them to do the job. 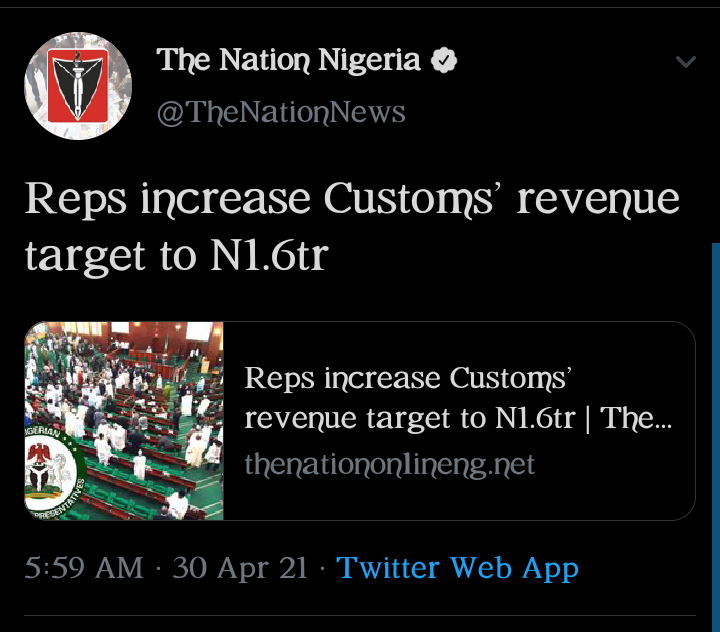 The House of Representatives yesterday increased the revenue target of the Nigeria Customs Service (NCS) from N1.4 trillion to N1.6 trillion as expected revenue for the 2021 fiscal year.

The House also approved the request from the president to borrow about $1.5 billion and Euro 995 million to finance projects under the 2021 budget. 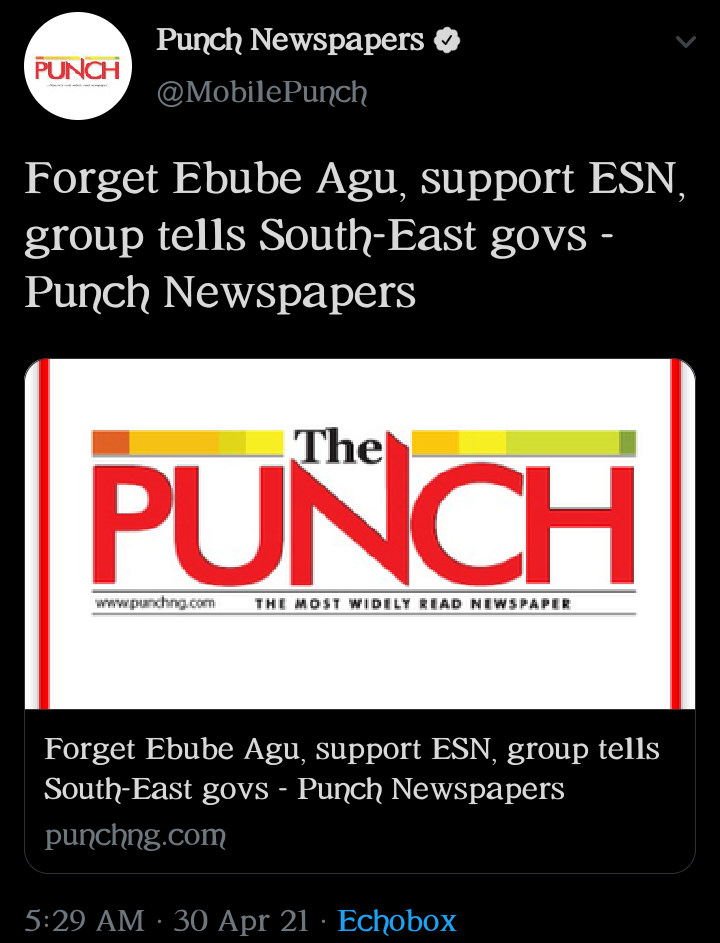 An Igbo group in diaspora has described Ebube Agu, the security outfit being proposed by the South-East Governors’ Forum as a phony Trojan horse, urging Federal Government and governors in the region to partner the Eastern Security Network in tackling insecurity in the land.

The Igbo Union, which is an umbrella body for Igbo communities and cultural association in the United States of America, condemned what it said was the tacit disposition of the FG towards issues of banditry and terrorism.

In a statement signed by the Coordinator of the group, Ike Orji, and Secretary, Mr Matthew Ohanele, and made available on Wednesday in Asaba, said that South-East governor’s were inactive towards protection of lives and property in the region.

“Corruption Is Killing All Of Us” – Ganduje Warns 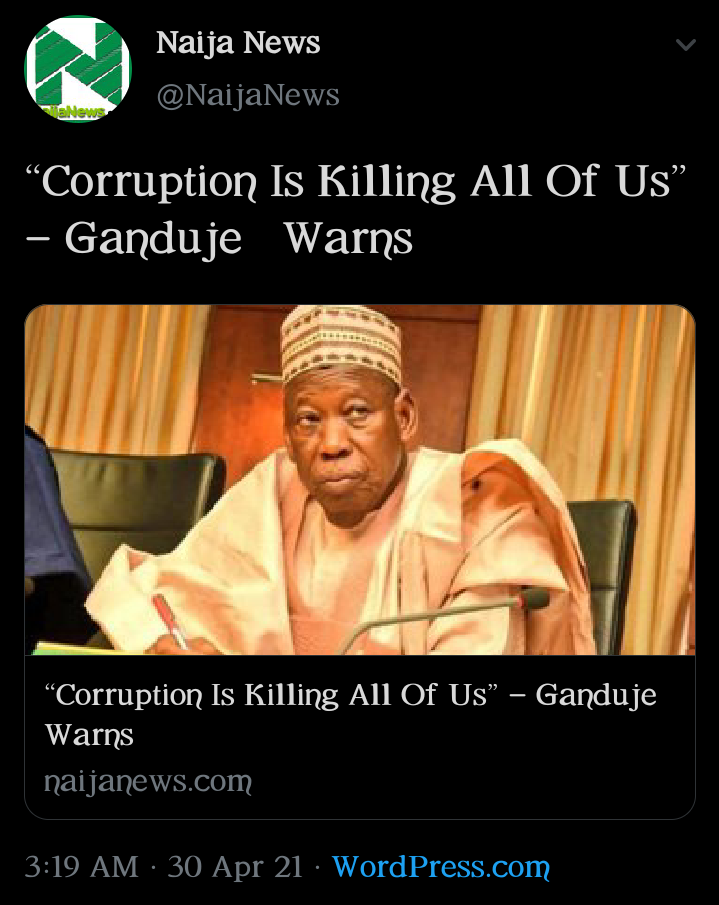 Kano State Governor, Abdullahi Ganduje has on Thursday set up an eight-man strategy committee to fight corruption in the state.

According to the Governor, there is the need to fight corruption by ensuring accountability and transparency at all levels.

Represented by the Secretary to the State Government, Usman Alhaji, Ganduje noted that the task before the committee includes developing effective framworks to combat corruption in the state which he lamented is killing everyone one in the country.

Baba Ijesha: Maximum sentence must be passed on actor – FG 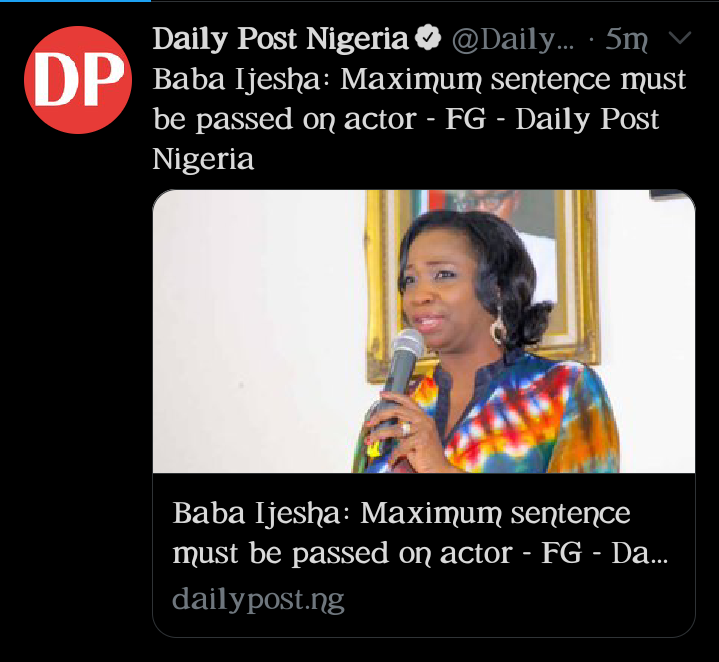 The case of Baba Ijesha defiling a teenager has gotten the attention of Chairman of the Nigerians in Diaspora Commission (NIDCOM), Abike Dabiri-Erewa.

In the past few days, heated arguments have ensued between entertainers in Nigeria as they expressed divergent views on the matter.

While some appeared sympathetic to Baba Ijesha’s plight, others are drumming support in the fight for justice for the defiled minor.

Dabiri-Erewa in a thread on Twitter described the act by Baba Ijesha as despicable.

She demanded for support for the victim’s foster mother, Princess, noting that his plea should not be accepted and that maximum sentence must be passed on him.

Content created and supplied by: DaveMedia (via Opera News )