The minute she received the wedding invite, Seyi knew she was in for something spectacular. If she knew the bride at all, this wedding would end up being a classy, unforgettable celebration — and the invite mentioned something Seyi never expected.

Like most young professionals, just looking at the invite made her see dollar signs…but not in the good way. She started to mentally calculate how much this could cost her: A gift for the couple, apparently, was just the tip of the iceberg. 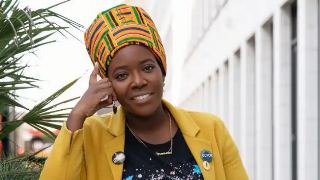 See, written on the invitation was the location of the wedding — and it wasn’t a hop, skip, and jump away from London, where Seyi lived. As soon as Seyi saw the words “destination wedding,” she could practically hear her wallet gasp.

Ever the realist, Seyi tried to think rationally. The bride was a close friend, and she wanted to celebrate the biggest day of her friend’s life at her side. With this in mind, she accepted the invite…and booked a flight to Romania.

The hotel, the flights, the transportation to and from the wedding — all were to be covered by each guest. Okay, Seyi thought. It’s expensive, but not unusual for a destination wedding. But something else just irked her… 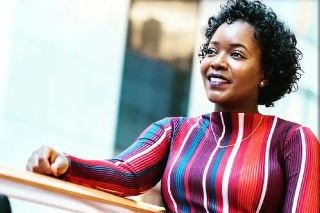 The bride and groom asked for cash gifts instead of creating a wedding registry. At first, she was a little confused. Didn’t they need the essentials, like…kitchen appliances? She realized how silly she sounded. It’s the bride’s big day — Who’s she to judge?

So Seyi packed up any doubts along with her brand-new wedding attire and, with her plus one in tow, hopped a plane to Romania. This weekend would be about celebrating the bride and groom, Seyi decided — but that was before they landed.

As soon as they touched down in Cluj, Romania, Seyi and her plus one knew they were in for an unforgettable weekend. The hotel was pricey, but it was fancier than they thought…and it even came with a surprise for the guests.

Inside each hotel room was a personalized gift bag for the guests. Seyi and her friend were touched by the gift — after all, the bride and groom definitely didn’t have to get everyone such a well-made present! Already, Seyi was feeling the love… 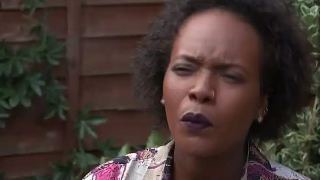 And the wedding weekend itself was even better. According to Seyi, everything was “planned so well”: She and her plus one “owned the dance floor” and “every hour was tequila time.” By the time guests started leaving, it was after midnight.

But before she and her friend could leave, they were stopped by family members of the bride and groom. Immediately, Seyi could tell that something was off. They were handing out envelopes, but they weren’t filled with thank-you notes.

They looked like “tithes envelopes in church” — the kind meant for dollar bills. The friends exchanged confused glances. What with the hotel and flight costs, not to mention the generous cash gift Seyi planned on mailing, these envelopes couldn’t be for money…right? 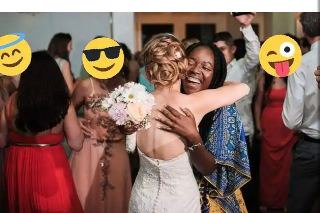 ”We ran out of cash,” Seyi wrote on Twitter. She and her plus one only had enough euros to get to the airport, but now they were expected to give the couple more money? “We didn’t see local ATMs…so [we] gave all the Euros we had/could,” she explained.

They ended up giving 25 euros before booking it back to the hotel. They were broke, exhausted, and ready to get back home…but home wouldn’t be as comforting as Seyi hoped. After a stressful, sleepless flight, she arrived home to a distressing message.

She re-read the timestamp, just to make sure she understood it correctly. She did: It was from the bride, who Seyi believed was on her honeymoon. “My naive self thought she was messaging to ask if we got home okay,” she admitted.

In fact, the bride had a much less pleasant reason for texting Seyi, not that she let on at the beginning of the message. “Did you enjoy our wedding and the time spent in Cluj?” she asked politely — too politely, Seyi thought. 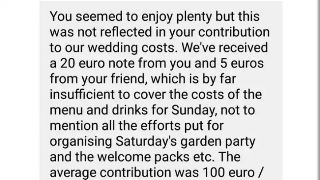 Her hunch was right. “You seemed to enjoy plenty but this was not reflected in your contribution to our wedding costs,” the bride wrote. Seyi called her plus one and read the message aloud. “My friend momentarily went deaf,” Seyi said.

The message only got worse. “We’ve received a 20 euro note from you and 5 euros from your friend, which is…insufficient to cover the [wedding] costs,” the bride continued. Then the bride really went in for the kill.

”We would appreciate if you could please make a bank transfer to our account,” the bride requested before providing her banking information. Seyi and her friend were “equally confused/impressed with how well written the message was” — and with how sneaky the bride was… 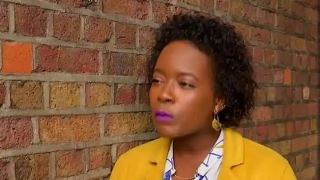 It turns out, the “gift bags” given to each guest were actually used to track how much money everyone spent. “In that 12 hours of leaving the wedding…[the bride] did a full calculation,” a stunned Seyi wrote. A calculation she wasn’t happy with, apparently.

”Safe to say, I am no longer friends with the debt collector,” Seyi assured her captivated Twitter followers. “My friend said we now have shares in the marriage!” And it seems that, years later, Seyi can joke about the whole thing…a little, that is.

”I still want my 25 euros back,” she admitted. Though she probably wishes she’d listened to that annoyed voice in her head, she at least jokes that she and her friend looked so good at the wedding, they “should have charged an appearance fee.” 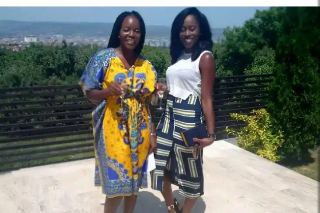 Seyi’s dream wedding probably doesn’t include millions of dollars being spent on things like flowers and water features, but the same can’t be said for the rich and famous. While Seyi’s ex-friend was frantically calculating her profits, some celebs had money to burn…