Chapel of Bones, The Catholic Church Built With Thousands of Human Skulls and Bones (Graphic images)

By Twospike (self media writer) | 1 year ago

Capela Dos Ossos (chapel of Bones) is one of the greatest monuments in Evora Portugal. The Chapel is located at the extrance of st Francis Catholic church Evora. The Chapel was nicknamed the Chapel of Bones because the interior and exterior walls are decorated with human skeletons and bones.

The exhumed bodies according to the Catholic teachings are believed to be that of catholic soldiers who died during wars and other catholic faithfuls who died of plaques. 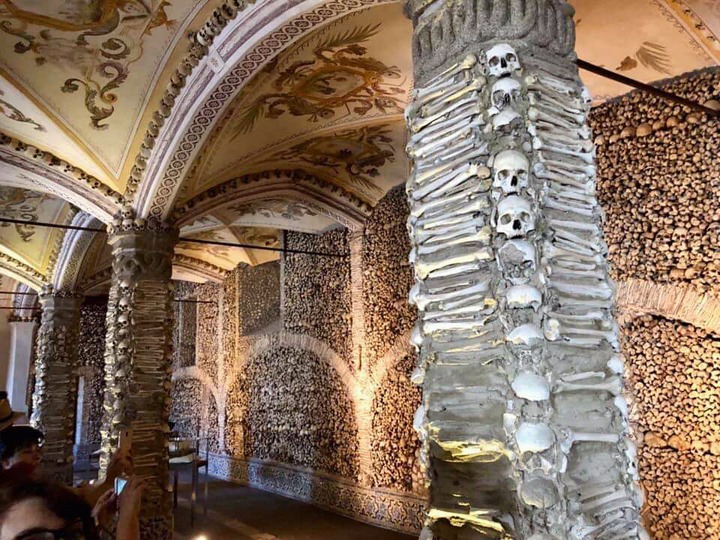 The Chapel of Bones is measured at 18.7 meters in length while the width is measured at 11 meters. The Chapel was built by the Fransiscan monks who used the Chapel in preserving their spiritual extraordinary dead members.   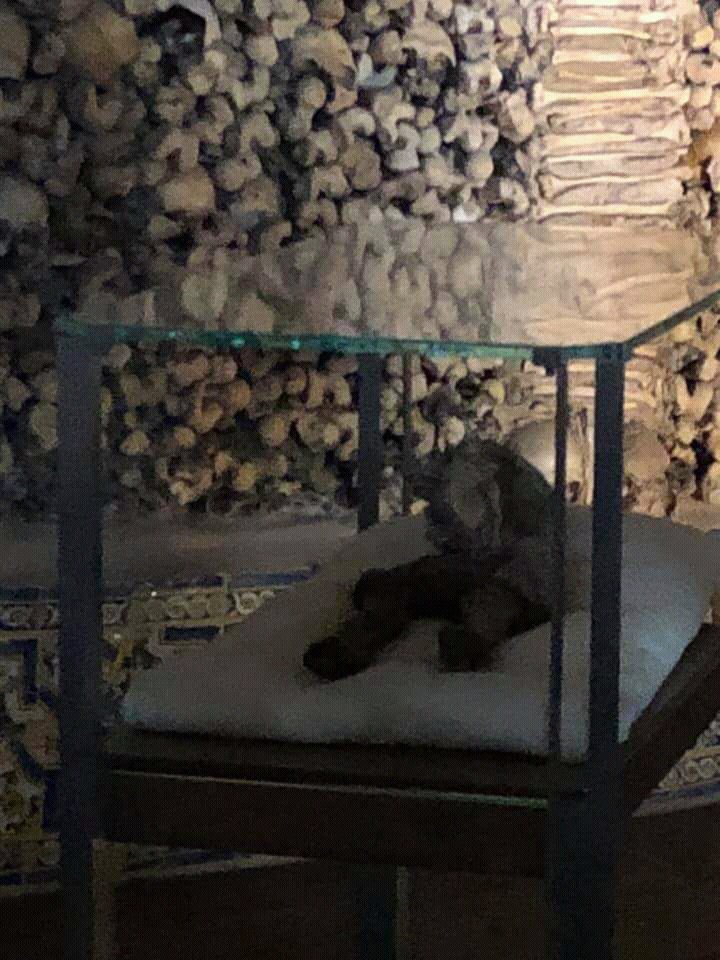 The wall of the Chapel were decorated with an estimated 5000 (five thousand) human skeletons. The Fransiscan monks used cement in bonding the bones and Skulls together. 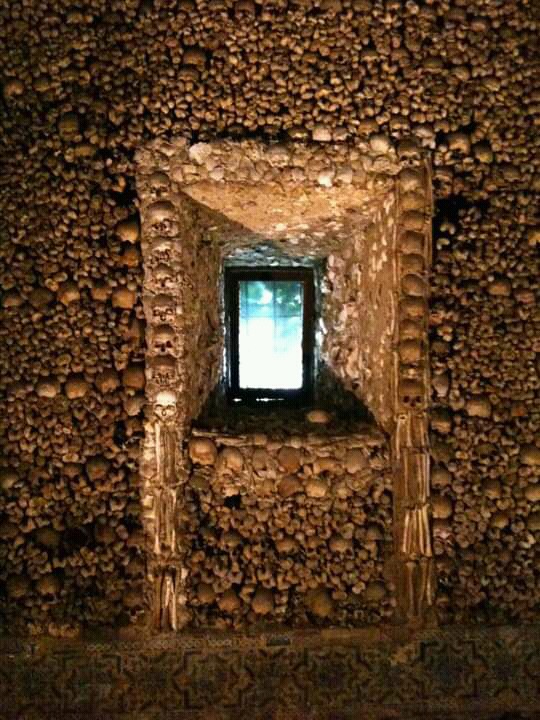 Capela Dos Ossos (Chapel of Bones) have drawn cristism from other Christian denominations on why bones would be used in decorating a place of worship center, but the Fransiscan monks gave an explanation to their critics, stating that Skulls were used in remembrance of catholic faithfuls who died during the suffering days of Christianity. 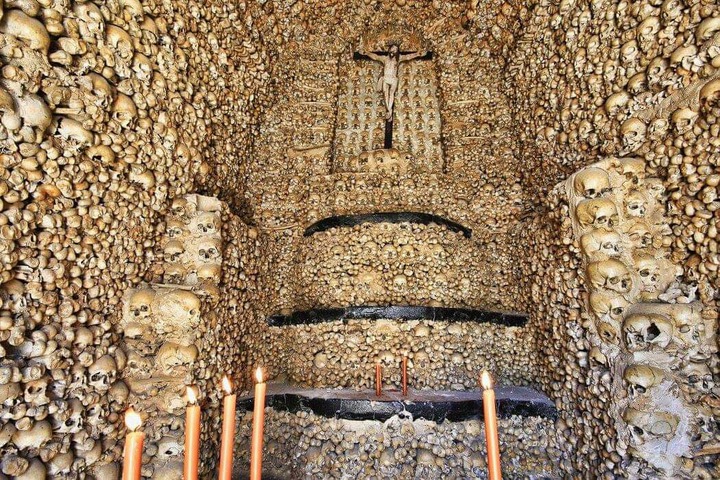 Since its construction in 17th century, the Chapel of Bones have attracted millions of tourists from different parts of the world. 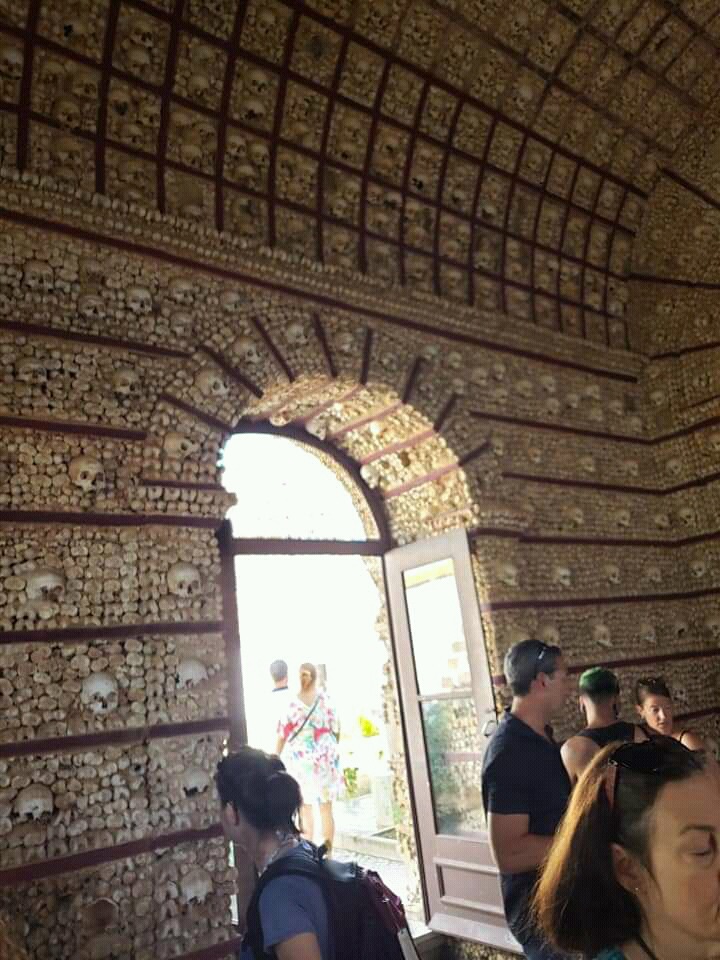 More pictures of the Chapel 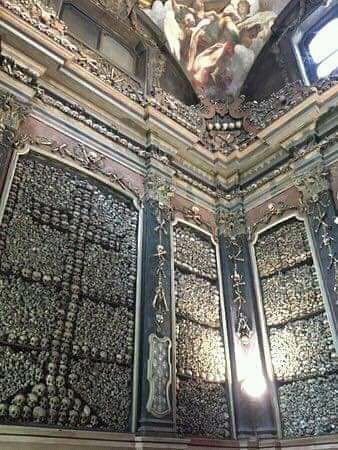 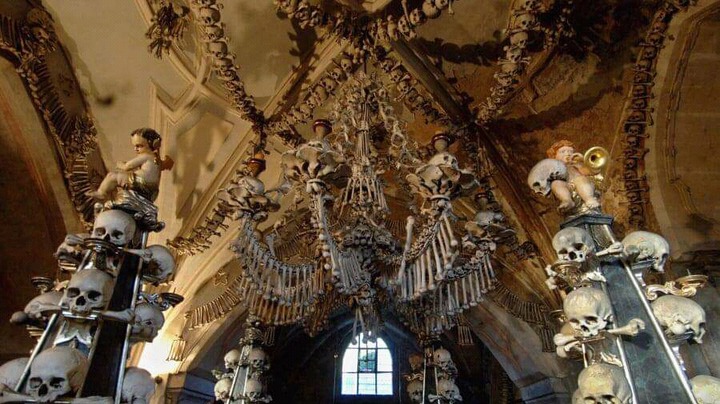