By Mini_Militia (self media writer) | 18 days ago

North Korea is a country known for its unfamiliar restrictions on items that are enjoyed in other countries. Being a citizen of North Korea comes with a lot of social responsibility that other country’s citizen would consider bizarre.

In today’s article, we would be looking at common things you can buy and enjoy in Nigeria but are forbidden in North Korea: Traveling from one city to another to visit a relative might be easy for Nigerians, but in North Korea, you would need to apply for permission from the government. Furthermore, in North Korea, buying international tickets or traveling to another country is not allowed. Although, some of its citizens are given the chance to travel abroad (China or Russia), but only to earn money. 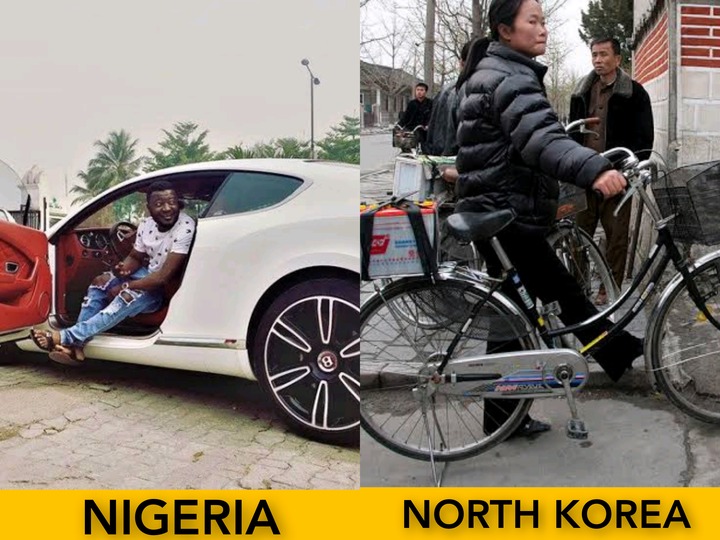 In Nigerian, owning a car is very common. A young Nigerian of 22-years-old can own a car and drive it freely around the country. However, in North Korea, some of its citizens seen cars as an unimaginable luxury due to how they’re sold at an expensive rate. Aside from the disapproving rate at which cars are sold, you would also need the government’s permission (which is sometimes impossible) — cars owners in the country are only the rich and powerful citizens. The most common vehicle used as a means of transportation in North Korea is a bicycle, and just like cars, the bicycles also have license plate numbers. 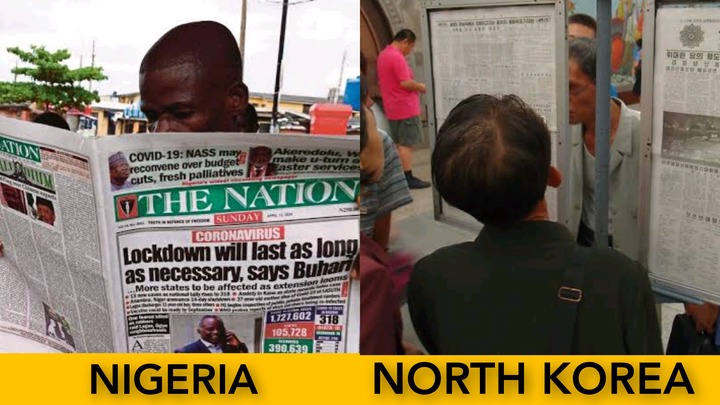 In Nigeria, they’re a lot of independent media houses or private press which distribute information across the country. However, in North Korea there’s no notion about the private press, all printed media in the country is strictly controlled by the government, any news or magazine printed is strongly monitored and can only be used to promote propaganda. Furthermore, North Korean citizens are not allowed to purchase newspapers, and printed media from outside the country are not allowed. In Nigeria, citizens are allowed to take any haircut of their choice. However, in North Korea, its citizens (both male and female) can only get state-approved haircuts. According to sources, the number of approved haircuts is 15. Just like vehicles, purchasing jeans is also expensive in North Korea. However, if you have enough money to purchase one, make sure it’s black and not blue because blue jeans are seen to embody capitalism.

The reason behind bandits attack on Abuja-Kaduna rail track- Babajide

Abuja-Kaduna Train Attack Is Not Act Of Vandalism-NRC Managing Director.