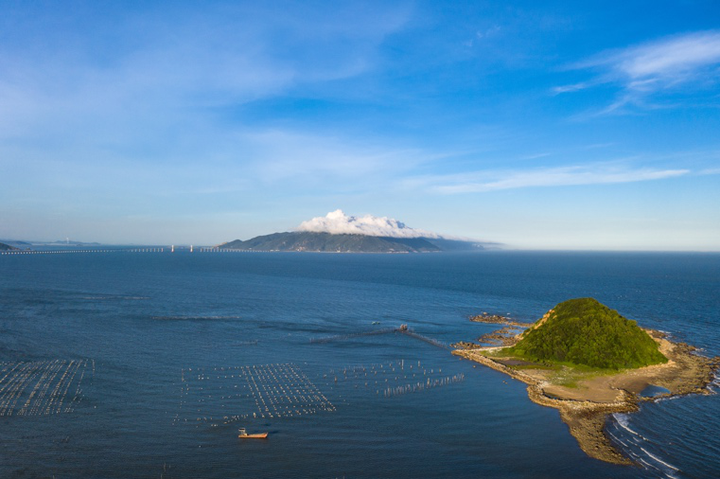 Nan'ao county, an island county in south China's Guangdong province, has witnessed great changes in people’s lives, thanks to its efforts to tap into local tourism resources and promote integration of tourism with many other industries such as fishery, agriculture, and sports.

In recent years, Nan’ao county has channeled a huge amount of fiscal funds into building or renovating public service facilities and tourism infrastructure, including seaside corridors, viewing platforms and public squares, and developed and taken advantage of more than 60 local sites of historical and cultural tourism resources.

New business forms including homestay hotels have flourished in Nan'ao county. So far, the county has 128 registered self-employed businesses in hotel industry, including 102 rural characteristic homestay hotels, with a total of 3,000 beds or so.

“Homestay hotel business has made a big difference in our village. By renting courtyards they are not using to operators of brand homestay hotels, villagers can receive an income of about 20,000 yuan (about $3,096) to 30,000 yuan per year,” said Xue Hedi, Party branch secretary and head of the village committee of Houlan village, Nan’ao county.

To stimulate tourism market in the off season, Nan'ao county has actively held sports events to attract tourists and advance integrated development of tourism and sports.

With surging waves and long shorelines, Qing'ao Bay in Nan'ao county has gradually been developed into a well-known tourist resort for surfing. In 2019, Nan'ao county hosted five international and domestic professional sports events, including the Asian and National Surfing Championship, as well as 20 mass sports events, such as mountaineering activities and adventure races.

More than 1,800 professional athletes and coaches from all over the world participated in these events, and over 400,000 visitors came to the island to watch games, making sports events a distinctive calling card of Nan'ao county.

In 2019, Nan'ao county received over 7.7 million tourists and secured a comprehensive tourism income of 2.36 billion yuan. In the same year, the per capita disposable income of villagers in Nan'ao county reached 13,400 yuan, up 44.83 percent from 2015.

Even in winter, Nan'ao Island, which Nan'ao county rests on, is still decorated with green and luxuriant trees. The 68-km road around the island stretching along the blue sea and silver beach adds charm to the beautiful island.

Houhuayuan village, a once backward mountain village located in the highest point of Nan’ao Island, is now seeing an endless stream of visitors on neatly paved roads and around tidy houses.

However, things were different in the past, according to Yu Zehui, a resident in the village.

"Our village had only one poor road and household waste was simply piled up on the ground," recalled Yu, adding that many people became migrant workers, including him, as they didn’t want to stay in the village.

Located deep in the mountains of Nan'ao county, Houhuayuan village is inhabited by less than 300 people from 69 households and had suffered from economic backwardness for a long time due to poor transportation.

Fortunately, on Jan. 1, 2015, Nao'ao Bridge opened to traffic, making it easier for tourists to get into the island county while offering a great opportunity for Houhuayuan village to develop tourism by making the most of its geographical advantages. 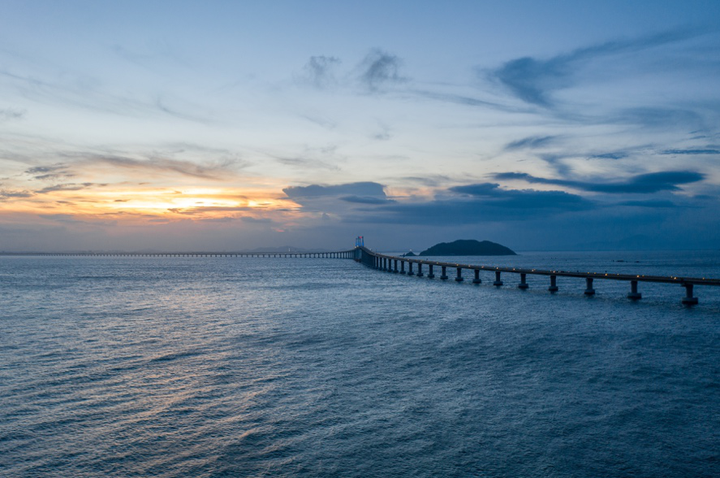 “Residents in Houhuayuan village have a long history of planting tea, so we built some tourism facilities near the tea gardens, such as tourist roads and pavilions. Now tourists can not only appreciate magnificent views, but enjoy tea and home-cooked meals here,” said Yu Yuanzheng, Party branch secretary of the village.

Besides tourist roads and pavilions, a viewing platform built by Houhuayuan village on the mountain behind the village is also popular with tourists. Since it offers visitors a spectacular view of the Shen'ao Bay of the island, many people like to take photos on the platform.

During the peak season, Houhuayuan village receives several thousand tourists a week, said the official, noting that with the collective income, the village has greatly improved infrastructure and public services.

After seeing the positive changes back home, Yu Zehui returned to his hometown and has planted about 6,667 square meters of tea. "My tea garden produces 1,500 kg of tea every year, and half of them are sold to tourists," the villager said.