Wife Stealing Dance: A Festival In Wodaabe Tribe Where Men Dance To Impress The Wives Of Other Men

Africa is a continent that has a rich cultural heritage and that is one major reason why people from other continent would want to visit Africa to explore their culture and traditional practices. Despite the fact that civilization has reached some tribes in Africa which made them to abolish their archaic practices, a vast majority of them still uphold their cultural practices and one of such I will be talking about is the Wodaabe tribe.

The Wodaabe tribe is a Fulani tribe in Niger, West Africa and the tribe is well known for its rich cultural heritage. It is a tribe with a unique cultural practice because the men of the Wodaabe tribe usually make themselves up during a festival called the "Wodaable Wife Stealing Festival". Women of this tribe are allowed to have multiple partners before marriage and once in a year, they hold an annual festival called the "Gerewol" where the men wear make up and hold a beauty pageant to impress the wives of other men. 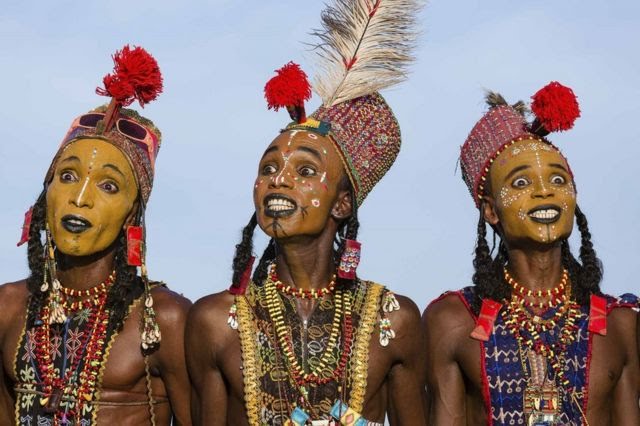 The men paint their faces with red clay, they use eyeliners to make their eyes appear whiter. They also wear a shade of lipstick that will make their teeth whiter and when dancing, they show off their white teeth. Also to impress the wives of other men, they wear white ostrich feather on the head which will make them to look so tall.

The men dance around the wives of other men and if a man successfully steals the wife of another man without being caught, the man becomes the woman's second husband and her first husband will gladly accept him because their tribe supports polygamy. Any man who does not want his wife to be stolen will never allow her to participate in the festival because once she is stolen without being caught, the woman must marry the man as her second husband. 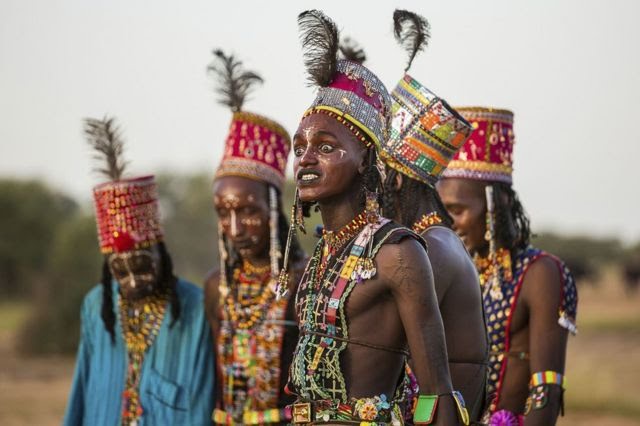 How would you describe this kind of cultural practice?