The importance of transport and communication to commerce

By Paul_Gee (self media writer) | 2 years ago 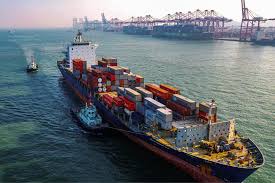 Transport is in many ways the life-blood of a nation’s economy; without it, no interchange of goods or people would be possible. The necessity that such interchange should become as cheap and safe and quick as possible has caused increasingly dramatic developments over centuries in both transportation methods and routes: from the slow, vulnerable camel caravans crossing the deserts of Africa and Asia to modern jet planes circling the world in twenty-four hours.

Efficient, up-to-date transport and communications systems are essential for the smooth working of a modern complex economy. Mass production will have little economic value products cannot be distributed safely and quickly to potential buyers. The improvements in transport and industrial development have always reacted on one another. The British Industrial Revolution of the late eighteenth and early nineteenth centuries was as much a revolution in transport as in industrial techniques. One could not have taken place without the other. The present complex system of production is highly industrialized nations is only possible because of the improvement in means of transport which accompanied each stage of industrial development.

In early times, trade was carried on by means of producers meeting at certain known places-markets to which they had walked-to exchange their agricultural produce or handmade goods. Domesticated animals came to be used as pack animals and so greater volumes of goods could be carried and greater distances covered. Groups of merchants and their animals would travel together in a caravan for reasons of safety, on ancient well-established routes. But journeys such as crossing the Sahara desert or the steppes of Central Asia would take months and even years.

The waterways have also been means of transport for people and goods since ancient times: rivers which penetrated deep into the heart of a country and man-made canals have linked the interiors with the coastal parts. As men ventured farther from their own shores, stable seagoing ships had to be developed to withstand the rigours of long journeys on the open ocean.

Land transport on wheels developed rapidly, necessitating the building of surfaced roads and bridges. These were built by highly sophisticated civil engineering companies.

The advent of railways inn most parts of the world in the early nineteenth century brought a social as well as a commercial revolution. For most countries, railways provided an efficient, safe and speedy means of transportation. In Nigeria, for instance, these railway networks enabled exports to be brought to the coast for shipment, and imports to be distributed to the hinterland cheaply.

In recent times, air transport has brought about a revolution as great as that of the railways several decades ago. Transport and communications are now possible to previously inaccessible areas. Where great distances have to be covered speedily in remote and difficult terrain, aeroplanes are the common means of transport.

All this development has not occurred evenly over the earth’s surface, since any transport network is dependent on three major influences: demand for mobility, the physical nature and climatic condition of the land, and political considerations.

Obviously, the more densely populated area, the greater will be its demand for goods, personal mobility and for the distribution of its local produce. But the physical environment, together with the climatic considerations, will pit restraints on the type of system that is economical and practical to develop. The political restraints include the amount of money a government is prepared to spend, the territorial boundaries and the importance given to transport as a means of national unification and defence.

Most traffic systems in industrialized as well as developing nations represent a highly complex co-ordination of roads, water, rail and air transport. This means that, with the rapid expansion of world trade over the last decades, many problems have arisen, particularly where ports, roads, and airports were originally built to accommodates a much smaller volume of traffic; congestion in the inner cities as well as in ports and airports is very common.

As transport is the life-blood of trade, so trade is the life-force of a modern nation’s economy, and without up-to-date and efficient systems of both, no country can hope to compete in the market-places in the world.

Content created and supplied by: Paul_Gee (via Opera News )