The Jumeirah Palm Island which is situated in Dubai in the UAE, is known as one of the most unique and biggest man made island created so far. The Island is also a top tourist destination for many people. Part of the island's uniqueness is the fact that it is shaped like a palm tree. 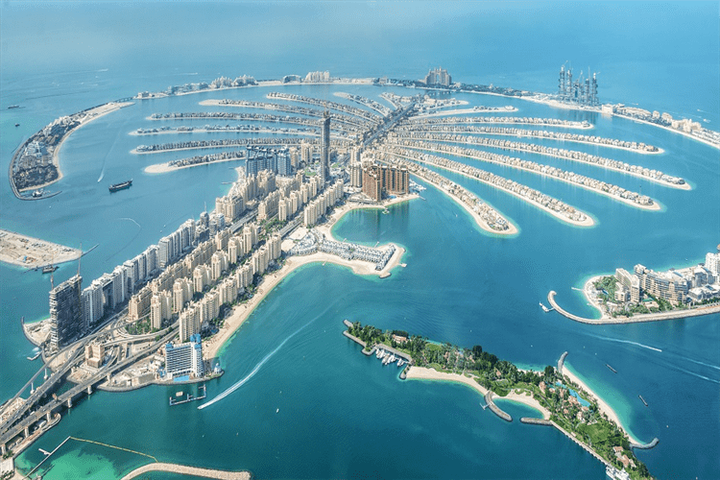 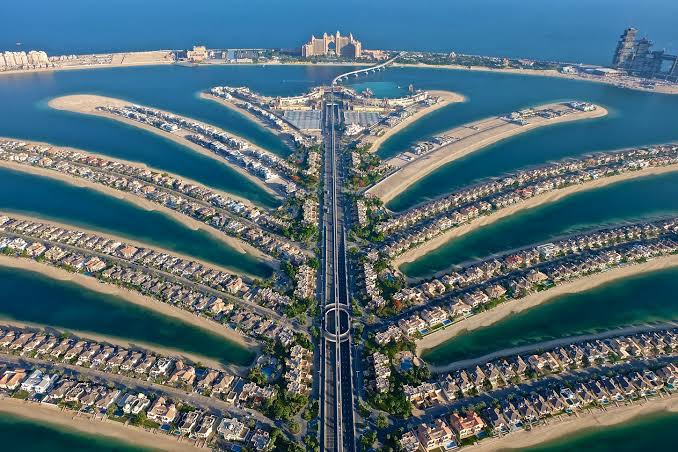 The island which cost $12 billion (4 trillion naira) to build started construction in 2001. Surprisingly, this advanced looking island just took 6 years to build despite it's complexity in scale, construction, and financial capital. 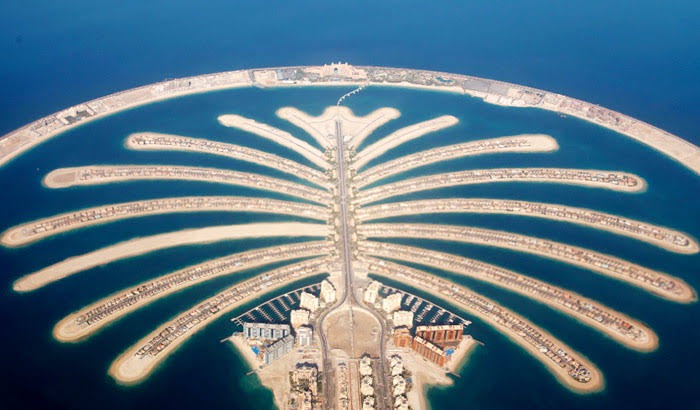 The island contains luxury hotels, shopping malls, beaches and more than 6000 residential houses which cost a average of aed 75,000 (8 billion naira) to acquire. 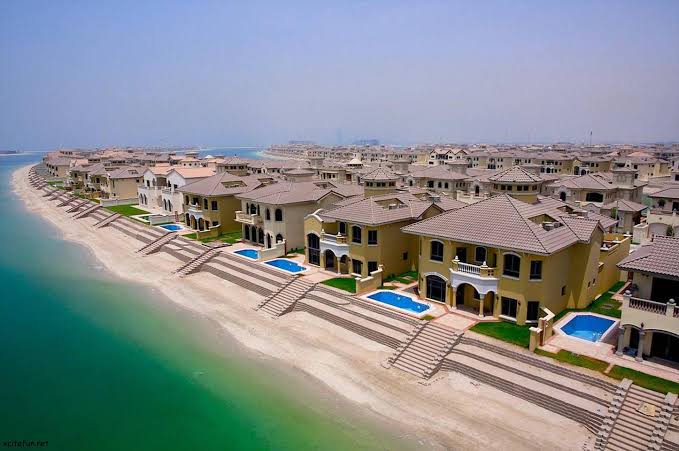 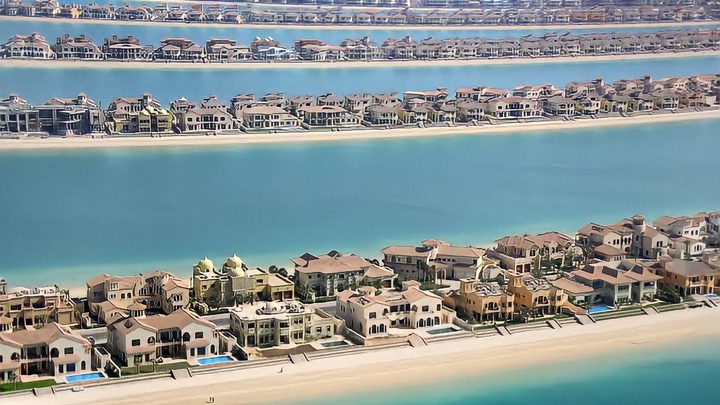 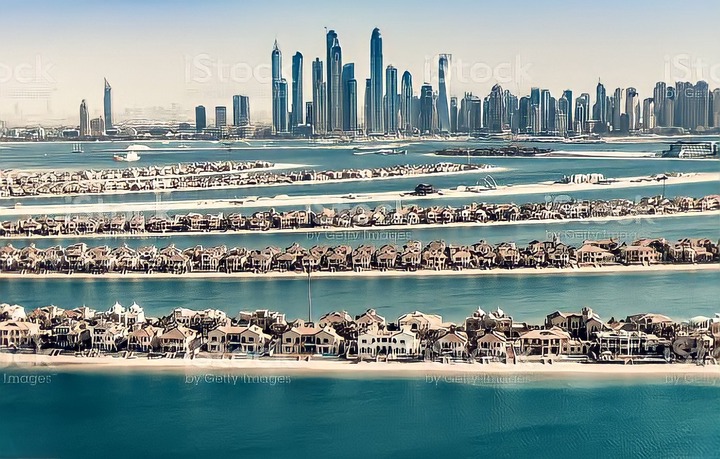 Without knowing anything about engineering, it could be very difficult to understand how engineers manage to create an island without the risk of the island sinking, or the sand being washed away by the sea. Forming land in the middle of the sea is not an easy task. Infact, most people wonder how engineers were able to do something of this magnitude. 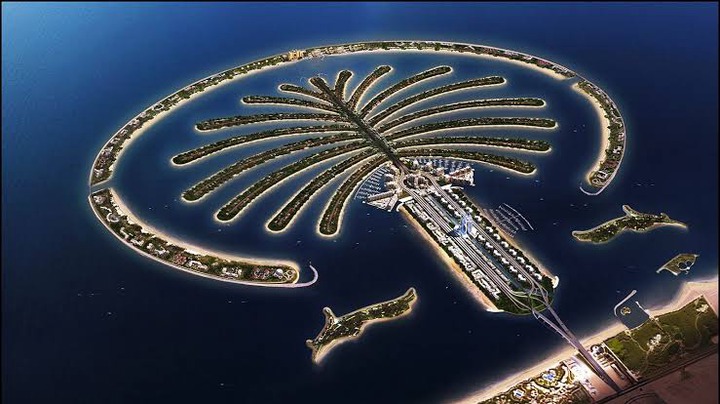 Firstly, divers were mobilised to inspect the sea bed which was the location for the proposed project. They had to make sure that the water in the site wasn't too deep. Also, they didn't want the project to destroy the habitat of the fishes.

To protect the proposed project against the aggressive waves of the sea, a wall of rocks was built around the lsland to protect it. It is similar to the one built to protect Eko Atlantic City in Lagos.

In the construction of the island itself, rocks were secured under the ocean as its foundation by machines which drilled and attached the rocks into the bottom of the sea.

After that, sand was extracted from the seafloor and deposited into the targeted spots with the aid of ships and satellite cameras. These satellites were responsible for making sure that the island was in the shape of a palm tree. 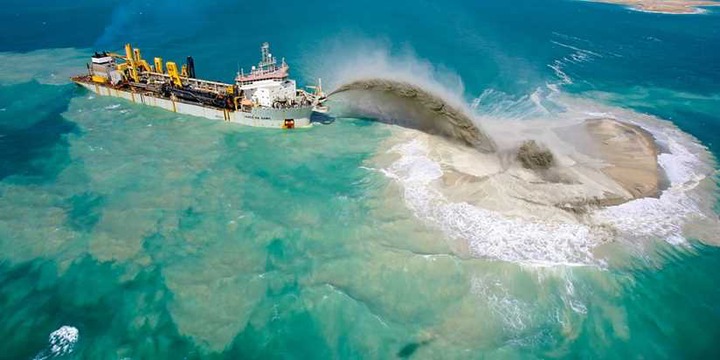 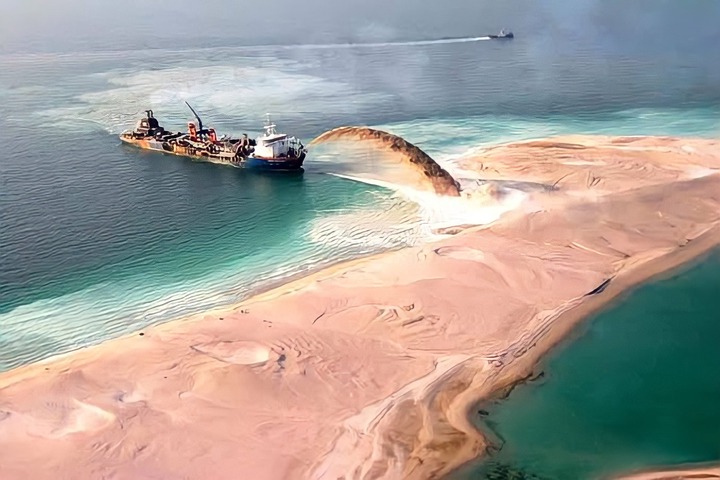 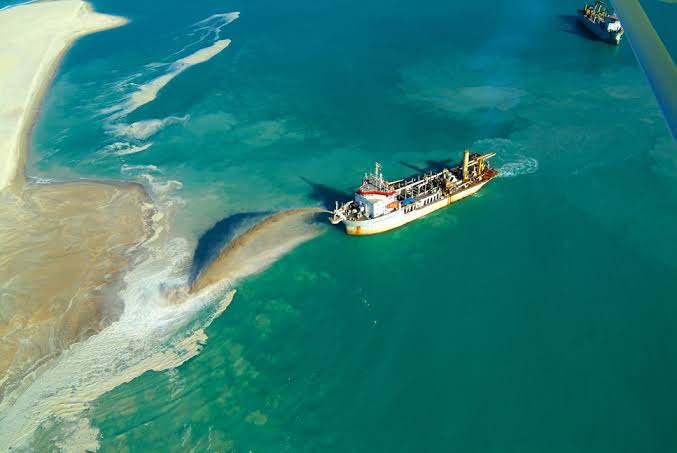 It is estimated that the Palm Jumeirah receives an average of 1.5 million visitors per month.