By ProjectCD1 (self media writer) | 1 year ago 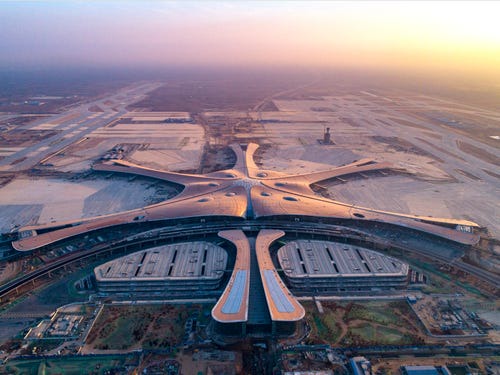 When the Daxing International Airport was opened on the 26th of September 2019 in Beijing, China, it garnered media attention not only because it became the largest airport in the world but also because it was constructed in just 4 years and some months.

Who is the architect?: 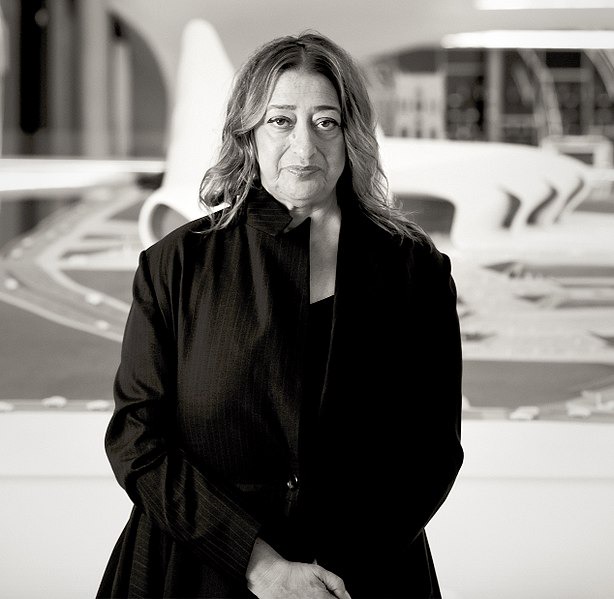 The building was designed by British Iraqi architect Zaha Hadid who is known for her other illustrious works such as the heydav aliyev centre, galaxy SOHO and London aquatics centre for 2014 Olympics.

How long did it take to construct?: 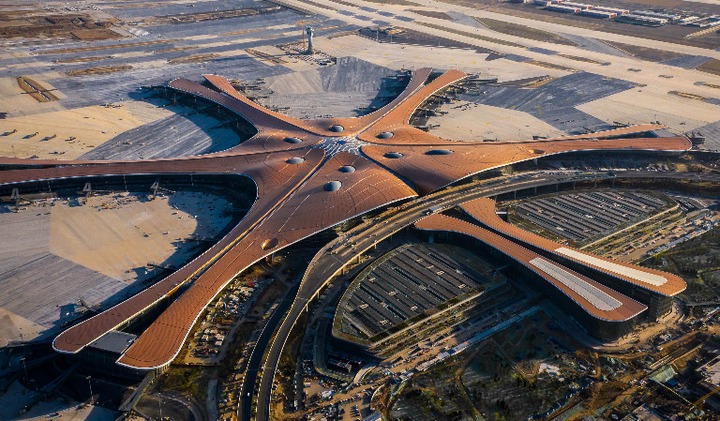 By 23rd of January 2019, the first flight inspection had already began and by June 30th 2019, the construction of the airport was officially finished and was being prepared for its opening on September. The airport was celebrated in the state media as a sign of China's efficiency and growth.

How much did it take?:

The airport needed to be constructed because their then existing main airport Beijing Capital International Airport was running near its full design capacity of 83 million people and a second airport needed to be constructed to support it. The main airport itself cost $17 billion to construct with other additional amenities costing $46.3 billion bringing the total cost to $63 billion. It was constructed to be able to handle 120 to 200 million passengers a year. What are the features?: 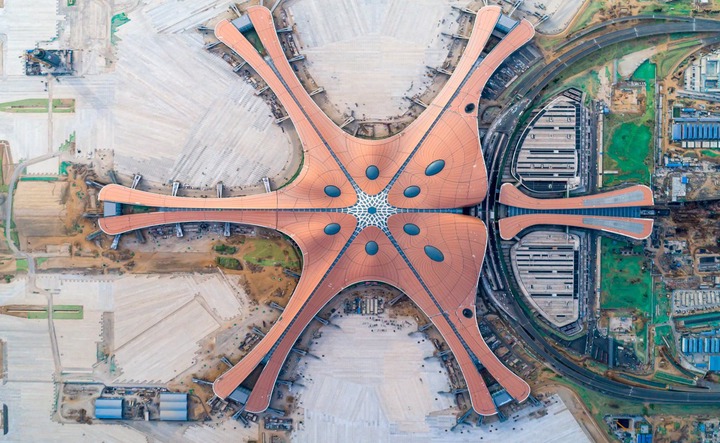 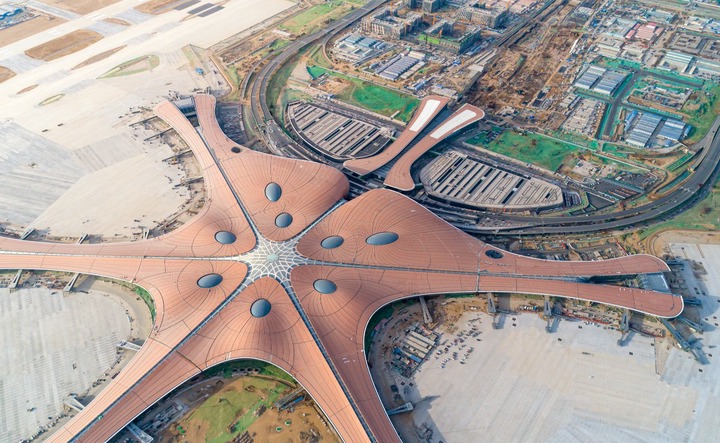 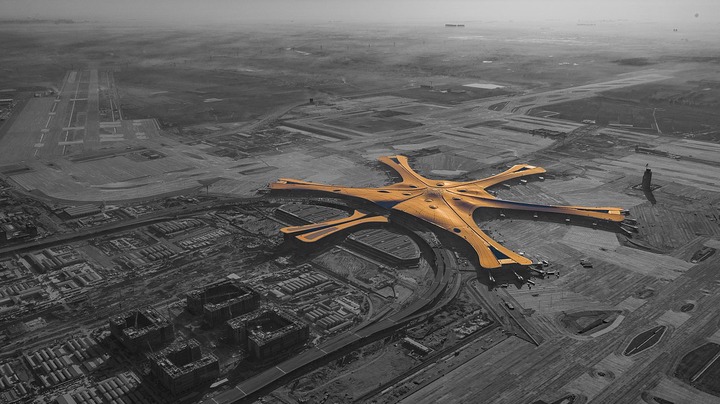 Because of its unique six armed design, the airport was dubbed the starfish airport. 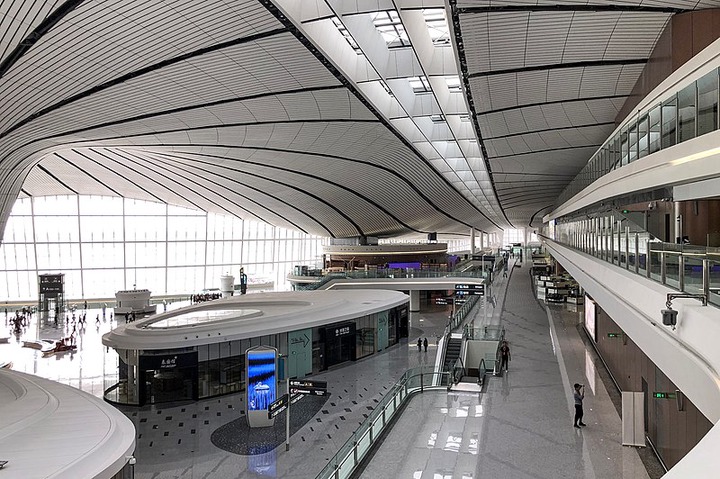 The domestic and international terminals are stacked on top of each other in five floors and measures a total of 700,000 square metres of building space which is equivalent to 98 soccer fields making it the largest airport in the world. It was designed in such a way that each of the six arms measures 600m which is about one-third of a mile so the passengers don't have to walk too far from the main hub to their gates i.e. they don't have to walk up to 10 minutes from the main hub to the furthest gate on each arm. The core features an expansive atrium supported by 8 c shaped curved pillars each with a 350 foot wide skylight at the top to allow natural light to come into the airport. 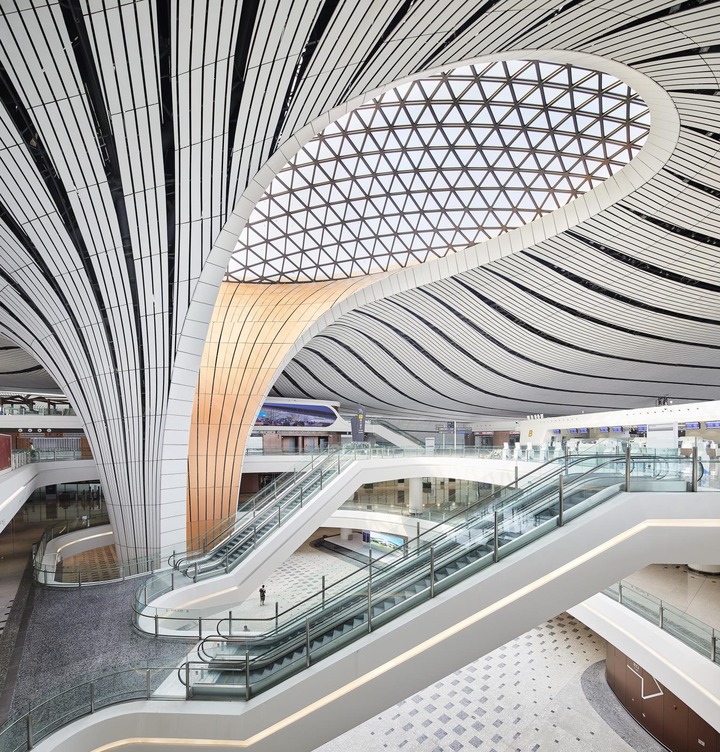 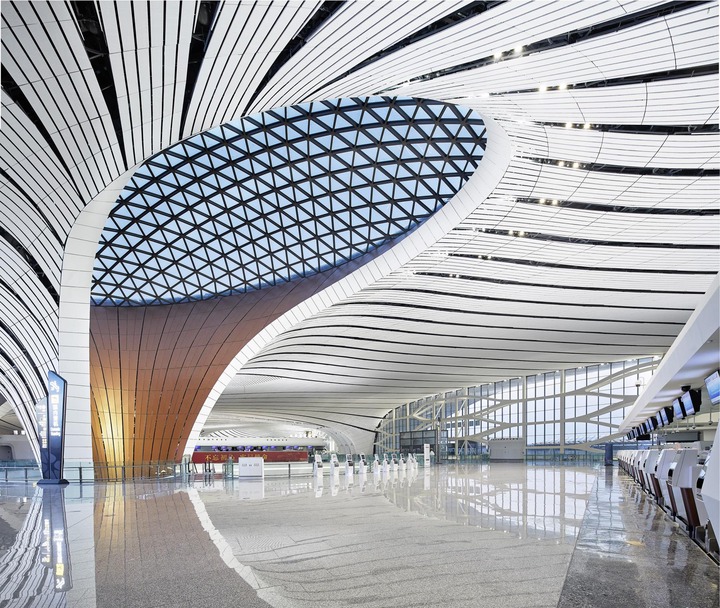 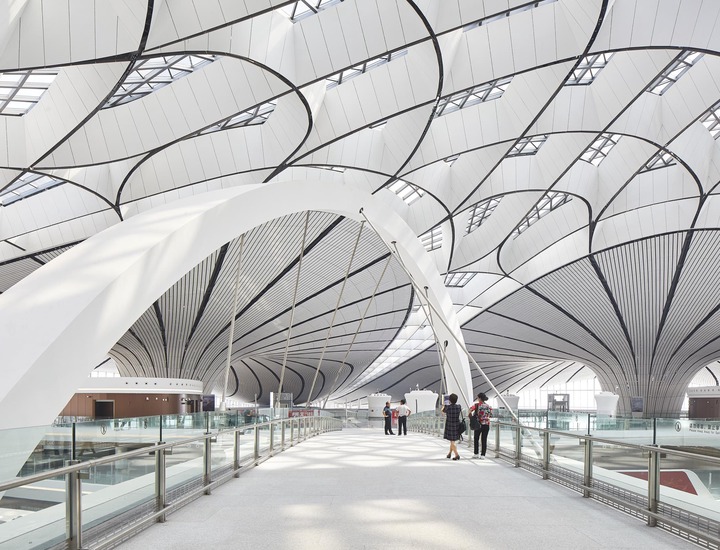 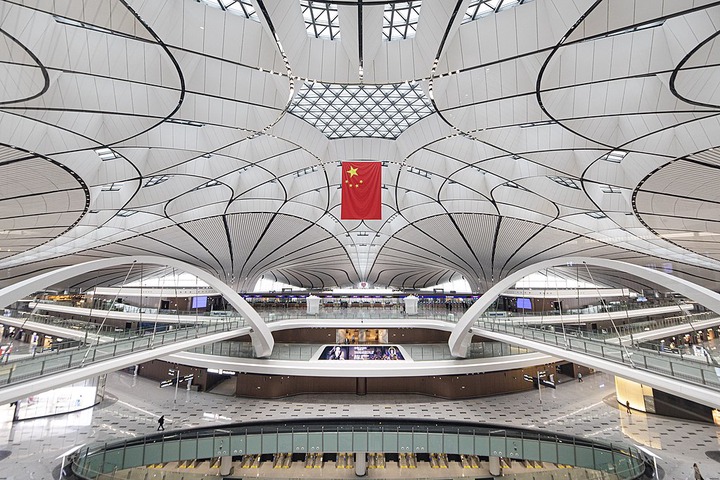 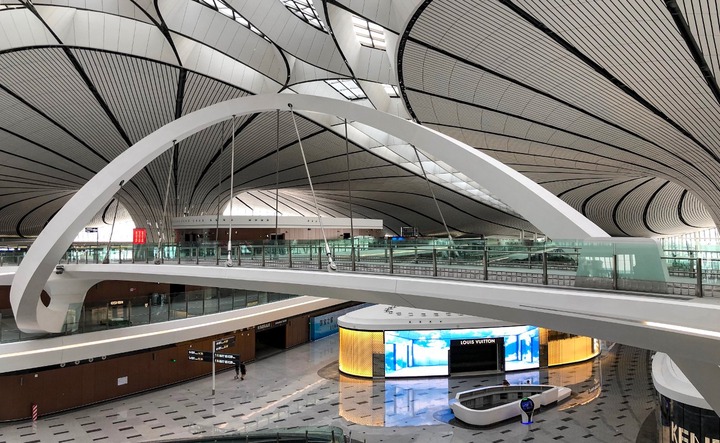 The terminal according to Lead 8 encompassed" a purposeful design of work spaces, with integrated retail, dining, and entertainment options for the large number of passengers expected," the airport has several other features like hybrid online retail and dining, interactive pet hotels, a child care and nursery and a showroom for companies. The of departure lounge will feature five traditional Chinese courtyards modelled after classic Chinese gardens where people can experience outdoor spaces with landscaping featuring a lot of wooden benches, pavilions and winding pathways lined with greenery and rocks. 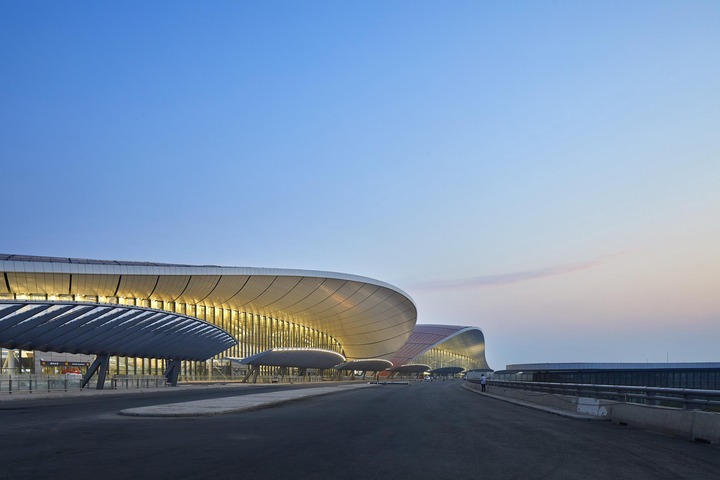 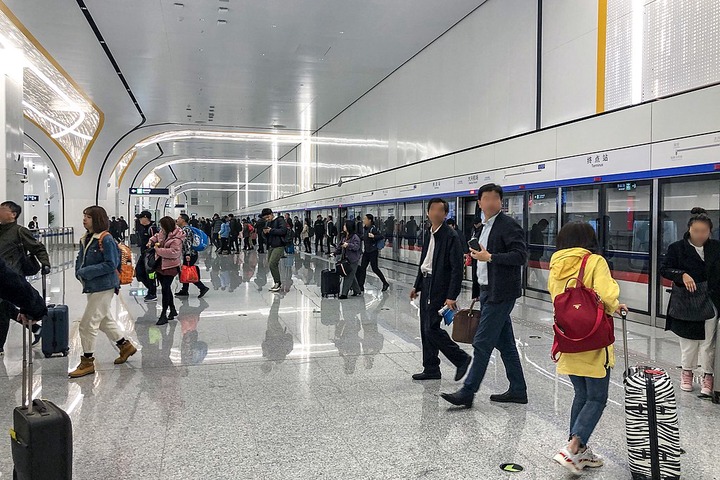 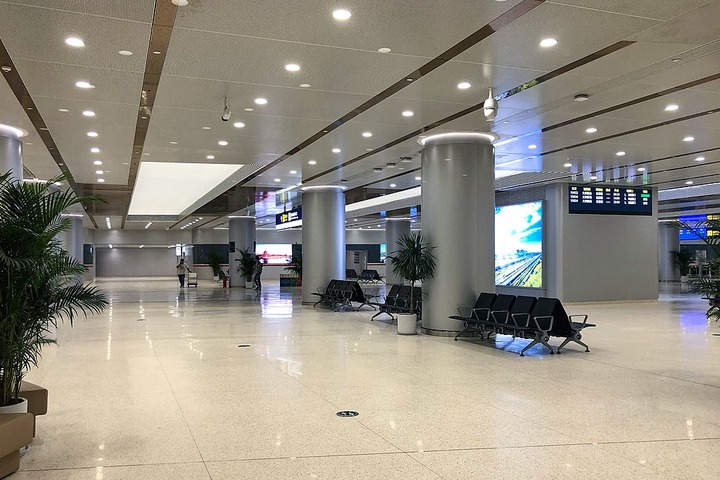 1. Robotic cleaners: these robots are created by tech company Gaussian robotics perform the functions of keeping the airport clean always. 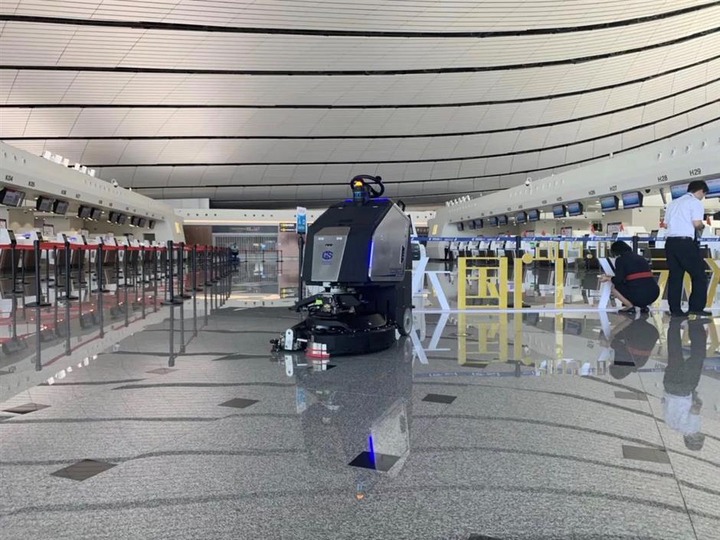 Customers of the airport will not have the hassle of trying to fond parking spaces at the car park, it will all be done by robots.

The only thing the customer needs to do is to park their car on a platform, and then it will be lifted by a robot and carried to whatever empty parking spot available. 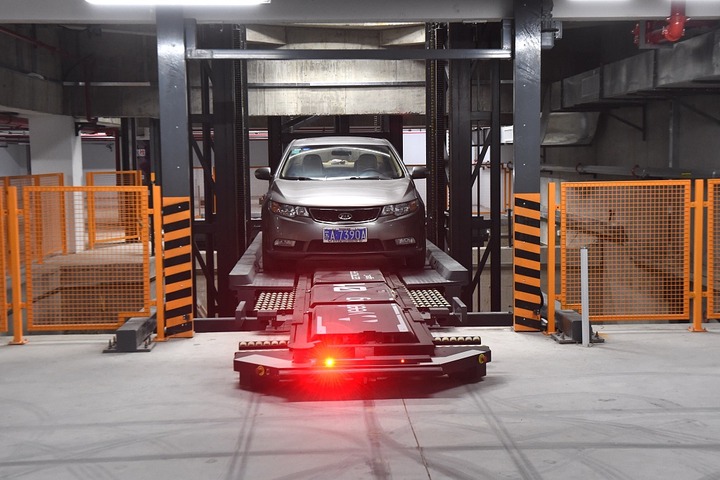 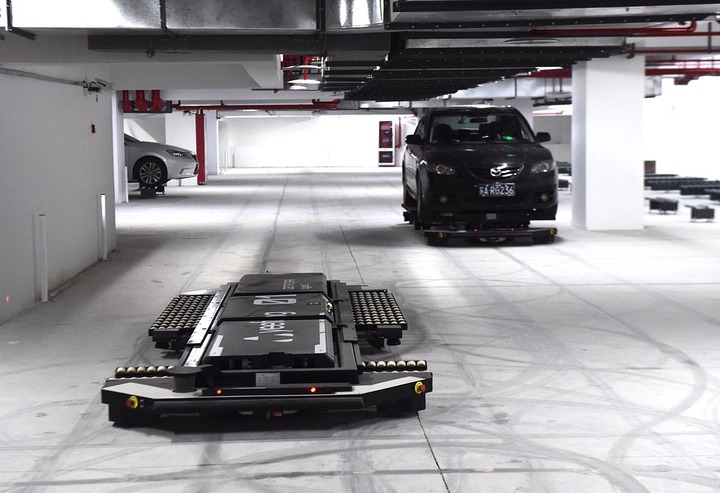 They are taught to dodge obstacles in order not to dent the car and they can also work up to six hours on a single charge and when their battery is low, they automatically go to their charging station to recharge.

When the customer wants to retrieve their car, they just scan their parking ticket on a terminal or enter their plate number and it tells them where to go and collect their car.

3. Automatic boarding experience: in the airport facial recognition technology is being used to speed up security checks and boarding processes. 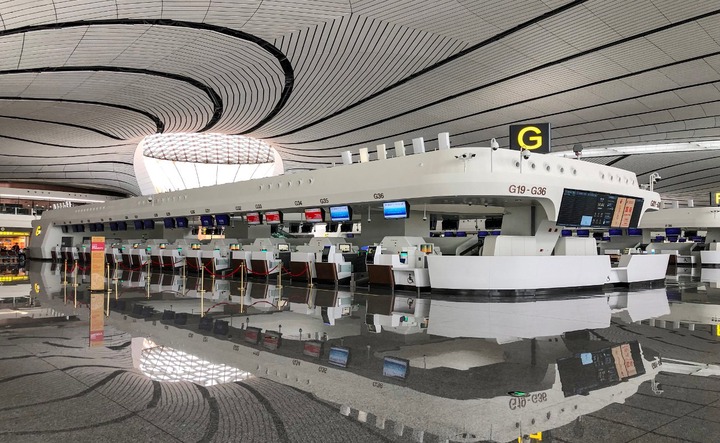 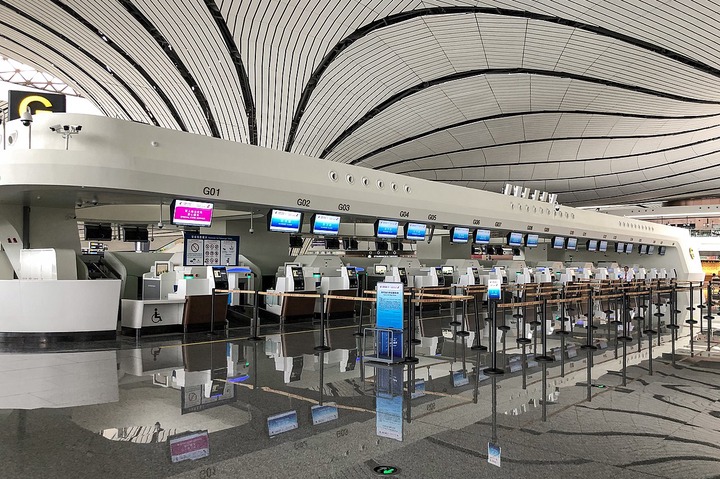 Passengers will have a paperless self service experience from the terminal entrance to their boarding gates. 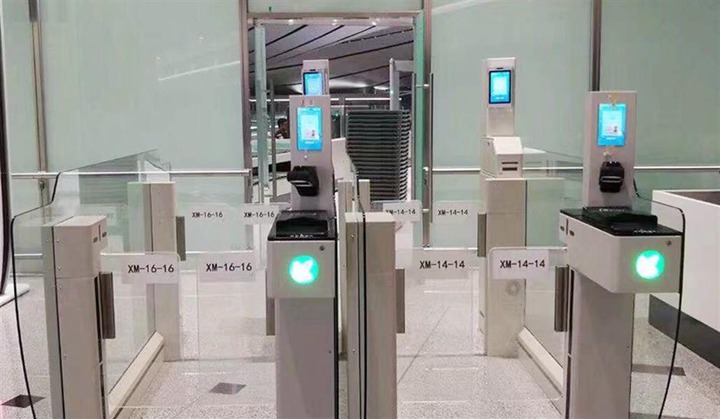 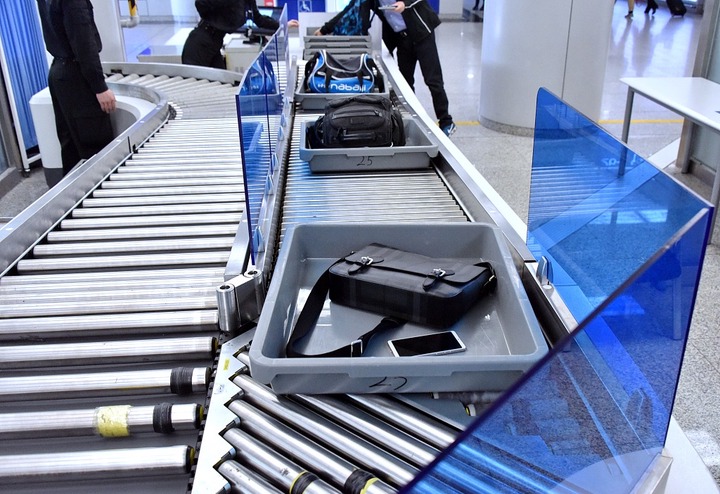 4. Advanced robot assistance in the airport:

The airport also has up to 10 virtual interactive kiosks with a lot of humanoid robots ready to answer any questions the customers might have.

The project manager of the Beijing Daxting international airport's information management department describes the robots saying "These interactive kiosks are the upgraded version of the previous speech-recognizing robots. Based on 3D Portrait technology, the animated virtual assistant generated in the kiosk is able to have life-like conversations with passengers," 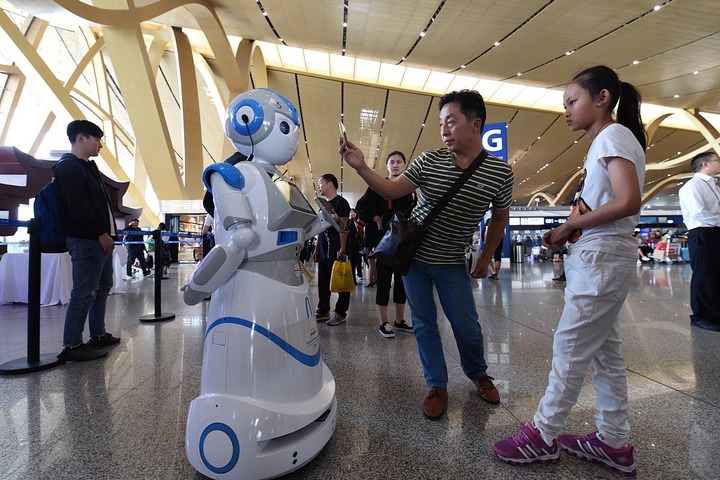 he also added that "Besides basic information inquiry services, they are also equipped with automatic positioning functions. As long as passengers are in need, the kiosks will optimize for the best routes, directing them to their destination". These robots can also breaking news or major events through sensors embedded in them.

With the innovative features and technology present in this airport can we can now have a glimpse of how airports may possibly be operated in the future.

Content created and supplied by: ProjectCD1 (via Opera News )