Ryan M. Claims to have paid a visit to Roxborough State Park in Colorado, alongside with some friends in United States, he never expected to come home with two chilling ghost photos. 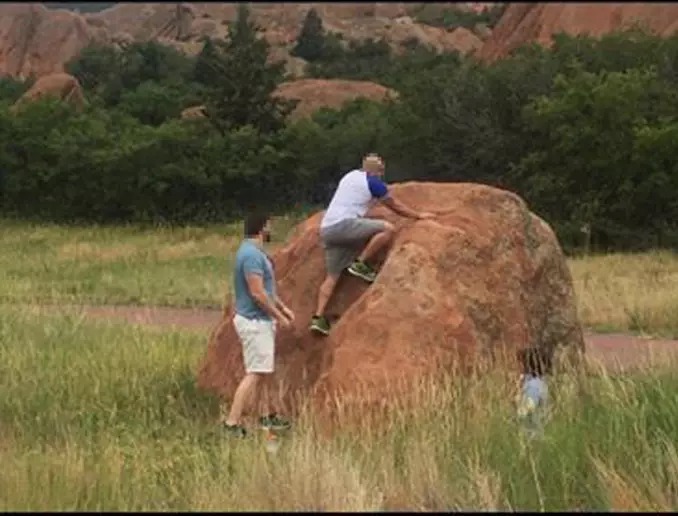 One member of the group spotted a perfect place for a photo on top a large boulder with the scenic mountains in the background. Ryan snapped two photos: one as his friend was climbing onto the rock, and another with him triumphantly perched at the top. 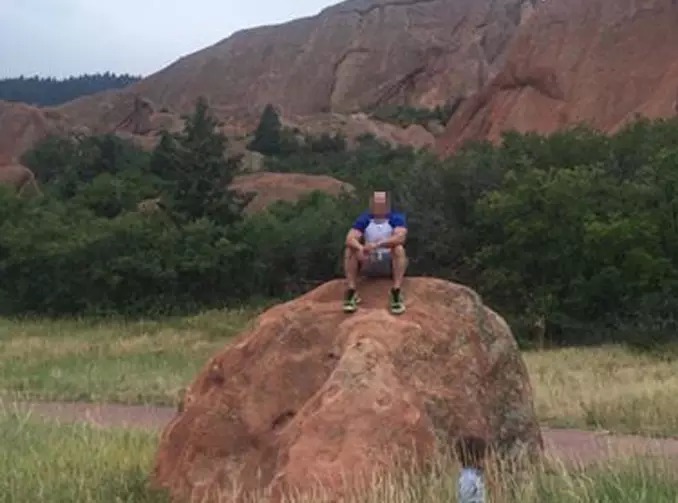 However, he isn’t alone in either of the photos. Both snapshots show a small boy standing in the tall grass around the base of the rock. The child’s face is blurry, so his features are difficult to make out. He’s either obscured by grass or he’s actually transparent, and we can see the grass behind him. Either way, the group of friends is certain that they would have remembered a small child wandering around alone while they attempted to get the shot. Yet, they confirmed, not to remember seeing a child nearby. 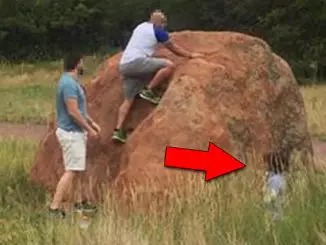 US state parks are common places for strange happenings. some people have gone missing in state parks over the years, few of which have never been located. Many of the stories of disappearances are bizarre and mysterious, with few clues or confusing details. One possible explanation for the appearance of a Ghostly child in the photos from Roxborough State Park is that, this boy maybe one of the thousands of people who met their ends within the park system, leaving his lonely spirit behind, still searching for help from strangers. However, without being able to identify the child, his appearance remains a mystery. For no one has been able to recognize the child.

What do you think about this? Was that boy actually a ghostly? or maybe some sort of glitch in the camera

I would love to get your comment on this below.

Content created and supplied by: Kelvin081 (via Opera News )

Checkout These Funny Pictures of Don Jazzy With Nigerian Comedians