By GOODWORLD (self media writer) | 1 month ago

Do you know that ships are not the only large vessels that can float on the ocean, have you ever thought of a floating hotel. Mind blowing isn't it, that an establishment that provides accommodation and other services for travelers can be designed to float on the sea.

Certainly, this is made possible with the help of technological innovation and huge investment.

In the world today, there are so many floating luxury hotels but in this article I will be writing about the world's first floating hotel.

1) It's the first constructed floating hotel: 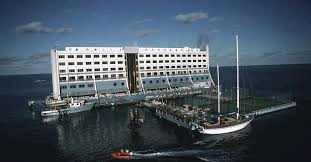 Construction of "Hotel Haegumgang" started in 1987; it was the vision of Doug and Peter Tarca to construct the first hotel that will float on the sea. It started running in Queensland, Australia in 1988. 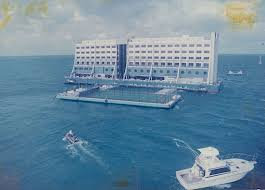 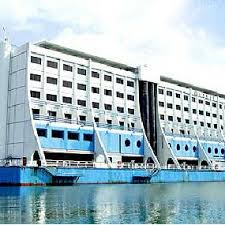 The hotel is seven-story's high and ninety meters long. From a distance, the lavishly funded hotel looks like a seven story building built on the ocean because of its masterpiece exterior design. Located outside the hotel was a tennis court, swimming pool and a helipad.

The interior part of the hotel had close to 200 rooms, restaurants, clubs, a gym, conference center, theater, library and a laboratory. 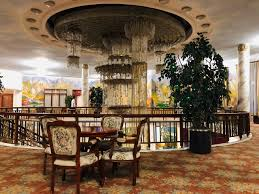 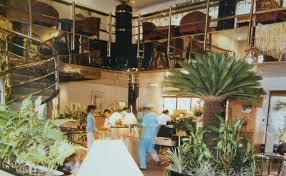 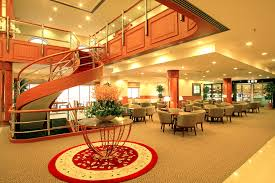 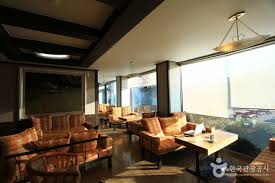 The hotel was a perfect place for swimming, diving, fishing an underwater explanation. 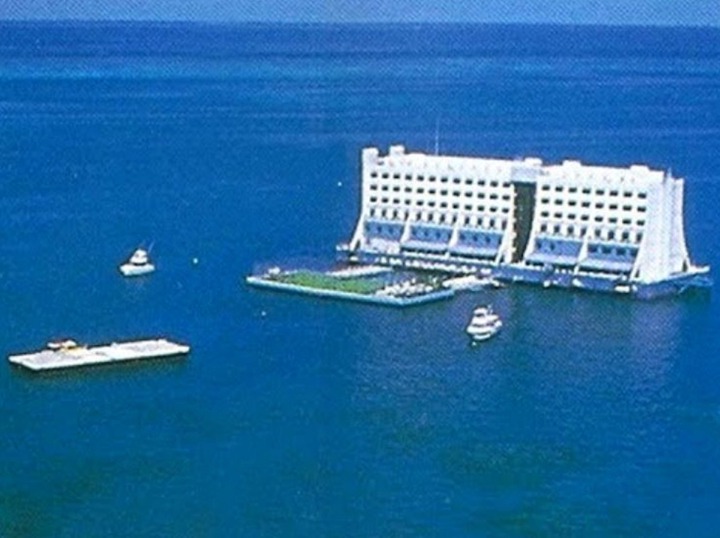 The hotel was constructed by a Swedish construction company in Singapore, on completion it was moved 4000km across the ocean to Australia using a massive heavy lift carrier ship. As mentioned earlier, it was seven-story's high and ninety meters long. 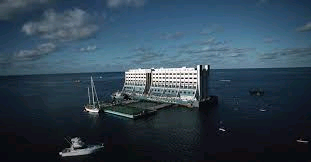 5) It has been renamed twice;

Due to financial setbacks it was sold to a Japanese company and was moved 5000km to Southern Vietnam in 1989. The name of the hotel was changed from "Four Seasons Barrier Reef Resort" to "Saigon Floating Hotel" named after the Saigon River where it resided.

The hotel was purchased by North Korea in 1998 and renamed to what it is called today, "Hotel Haegumgang."

6) Purchase by North Korea and close down:

As mentioned earlier, North Korea purchased the hotel and it was brought and opened in North Korea in 1998.

At the time, relations between North and South Korea were improving, so South Korean citizens were allowed to visit the hotel.

From 1998 to 2008, the floating hotel served as a site for the emotional reunion of families divided by the Korean War, South Korean families could meet their relatives in the North, many of which have not seen themselves for more than forty years.

The hotel closed down in 2008 when a North Korean soldier shot a South Korean female tourist.

Since 2008, all tourist operations stopped in the hotel and it was abandoned without maintenance. Some sources says it's opened to local tourist.

In 2018, South Korean President Moon Jae-in and North Korean leader Kim Jong-un agreed to open the hotel but in 2019, Kim Jong-un visited the floating hotel and criticize its facilities. 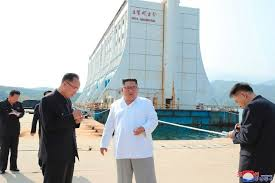 He also promised the redevelopment of the site.