Top 10 Strangest Places In The World: No 3 Is Quite Mysterious

Over the years, there has been some widely circulated areas all over the world that seem to be quite questionable that even scientist can't figure out the meaning to it.

Below are some of the strangest places known. 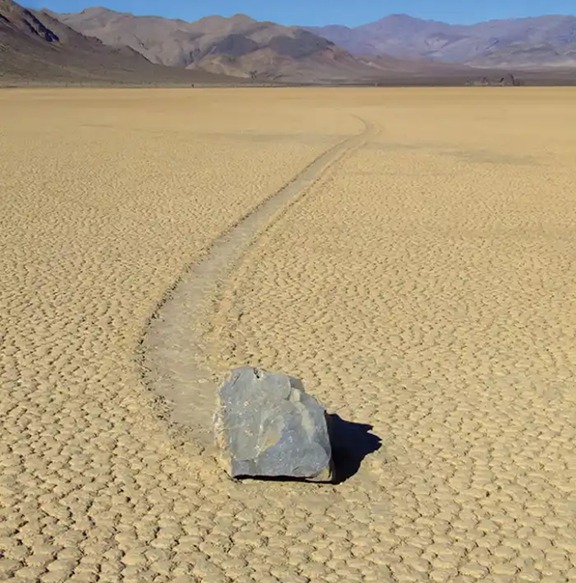 In Racetrack Playa, the rocks there are special, they actually move on their own, yet scientists can’t understand why this occurs. It is said that there may be ice that forms around the rocks at night and then when it melts during the day it allows the rocks to move. It is really a unique sight to see. 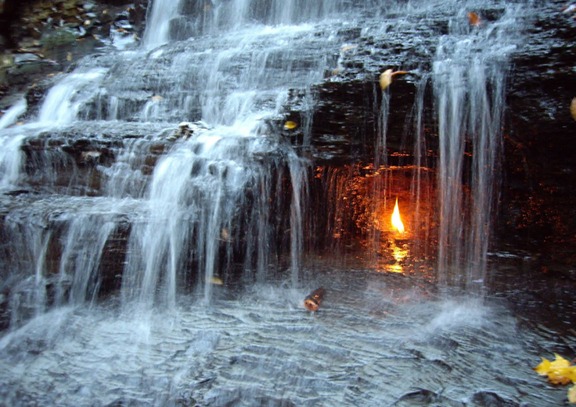 This is found in Orchard Park, New York. Which is a small waterfall, behind this waterfall is a small flame which never seems to go out. Scientists say that there’s a macro seep of natural gas from the Earth that fuels the flame so you always see it even from behind the waterfall. 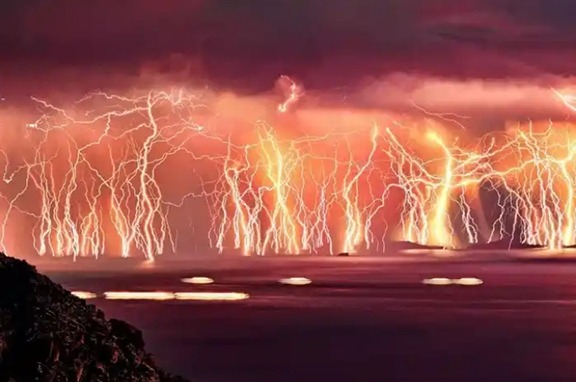 At the south-western corner of Lake Maracaibo, Venezuela there’s elevation and humidity. Once you go here you get to see an amazing spectacle. At this location, you will see the highest frequency of lighting in the world. There are usually 25 flashes per minute. 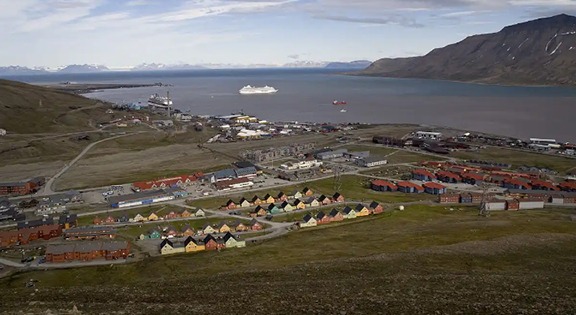 If you visit Svalbard, a Norwegian archipelago, the weather remains the same from around mid-April to mid-August each and every day during this time. Because of its geographical location, the sun never sets in the town of Longyearbyen during that time period. 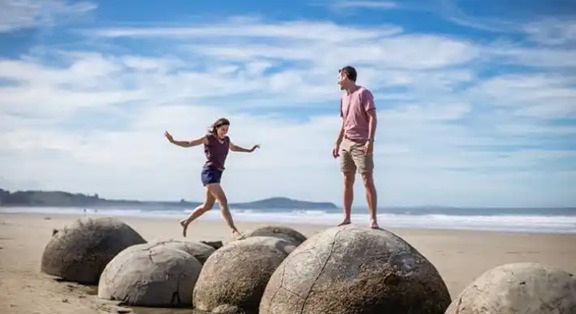 At Koekohe Beach, New Zealand, you’ll find large spherical boulders and it is said by experts that they formed millions of years ago. The boulders was once a hardened and collected sediment which helped them form into the shape they are now. They are called septarian concretions by geologists and you can also find them in the Hokianga Harbor, also located in New Zealand. 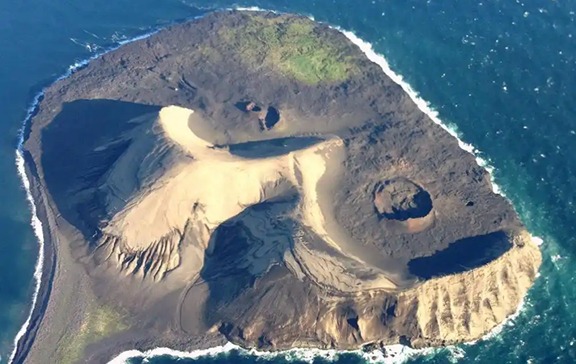 Surtsey looks like a normal place. The island is calm and it’s quite beautiful, but it is unique because in 1963 it never existed. In 1963 an underwater volcano erupted and formed the island. 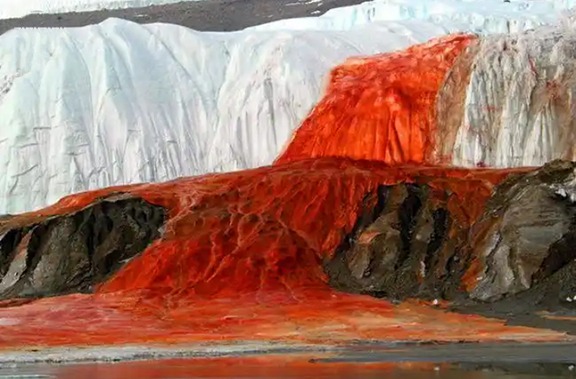 In Antarctica, you will see a waterfall called Blood Falls. The water here is red and extremely unique. The water is said to come from a subterranean lake according to experts and in the water are rich iron deposits which makes the water appear red. According to recent studies, there is also said to be micro-organisms living in the lake. 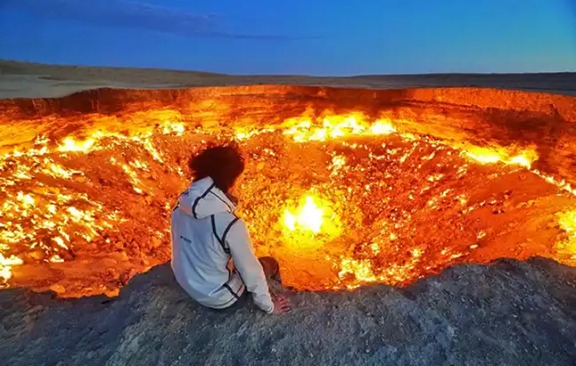 Scientists were drilling for oil over 40 years ago and they made a hole which has been on fire ever since. The fire never goes out which has puzzled scientists, as they can’t explain why this occurs. This is a very popular tourist location, in Turkmenistan. 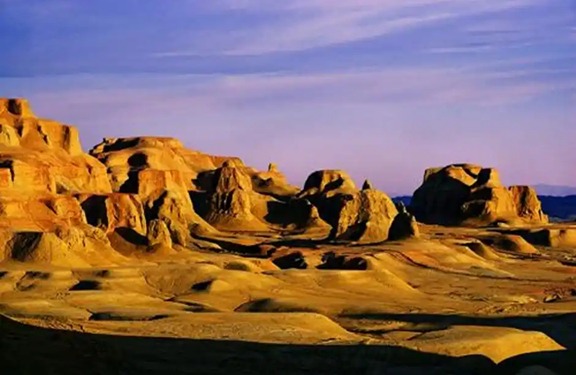 In the Gobi Desert, there you will find a mysterious place called Moguicheng which translates to “City of Satan.” There is this feeling that the place feels haunted as you move through it and people who do go through it hear strange noises that sound like babies crying, tigers roaring, and strange melodies. Experts still don’t know why this occurs. 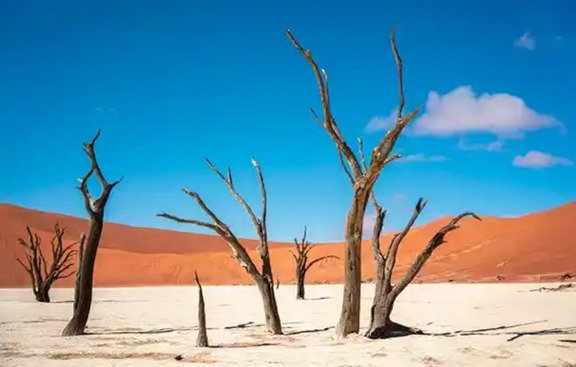 In the Namib Desert, you’ll find Deadvlei which is almost like a painting. The world’s largest sand dunes surround this area. The trees here are fascinating as they died over 900 years ago and are completely barren. They died due to there was not enough water to support life, however the wood has not decomposed as it is so dry in this area and so the trees are still preserved.

There are really so many things in this world which are beyond human understanding.

If you had the opportunity to visit any of the places shown above, where would you go?