Sheikh Abubakat Gero Argungu was taken to the hospital in Egypt for medical treatment after battling with severe illness at the Usmanu Danfodio University Teaching Hospital Sokoto in December last year. After he was discharged from Uduth Hospital, Sheikh Gero was flown to Egyptian hospital in January 2021, where he undergone heart surgery, and fortunately, the operation was successful. See photos of Gero after the surgery. Sheikh Abubakar Gero is famous Nigerian Islamic scholar and a member of Nigeria's Jama'atul 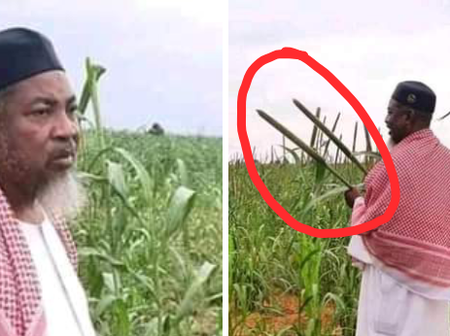 Argungu is a city in Nigeria's Kebbi State, situated on the Sokoto River. As of 2007 Argungu had an estimated population of 47,064. The city is the seat of the Argungu Emirate, a traditional state. The city is a major agricultural center for the area, with key crops including tobacco, peanuts, rice, millet, wheat, and sorghum. The city also hosts an annual international fishing festival which was suspended for 11 years. Actually, farming is a great occupation that majority of Nigerians are on it. Just recently, 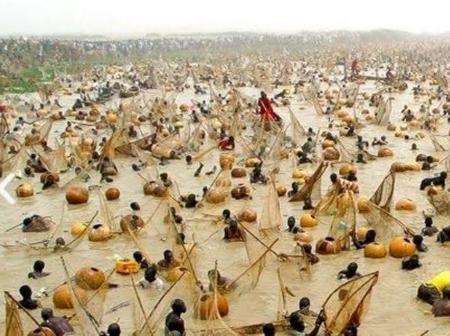 Argugun Fishing Festival, See What Happened To The Winner Of 2020 Edition

The Argungu Fishing Festival has been around since 1934 , it is a festival full of excitement with a lot of participants who come to compete for the prize of the winner of the biggest fish caught. The Argungu Festival is an annual event that last for four days in the state of Kebbi, in the northwestern part of Northern Nigeria. The region is made up of flourishing river areas which are river matanfada, male, gamji and lamb. The major occupation of the locals is fishing because they are blessed with fertile 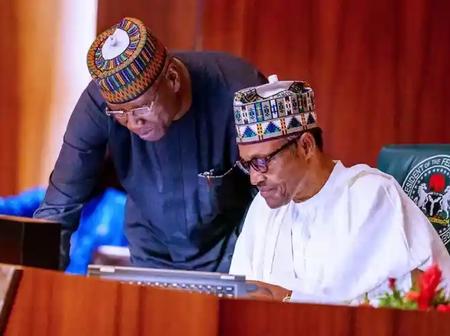 FG Says Beneficiaries of 774,000 Jobs Won't be Released After 3 Month, Reveal What They Will do Next

The director-general of the National Directorate of Employment (NDE), Mohammed Nasir Ladan Argungu, has stated that the beneficiaries of the 74,000 jobs will not be disengaged after the 3 month period. Argungu, however, said they will be reenaged as agricultural extension workers in what patially broke the back of controversies generated by the planned project. Speaking with Daily Trust, Argungu who is also the chairman of the selection committee said there have been efforts by some people to hijack the scheme. 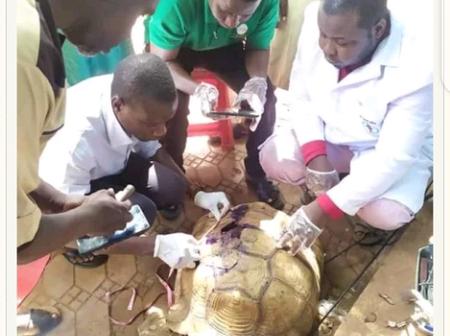 75-Year-Old Tortoise Involved In Accident In Kebbi, Doctors Try To Save The Life(See Photos)

It was really great today, the atmosphere at Veterinary Clinic Sokoto state was lighten up, by the present of 75-years old tortoise which was severely wounded. According to reports, the tortoise comes from Argungu in Sokoto. It was also revealed that the 75-years old tortoise ran over by a moving vehicle (Hilux), and it was seriously wounded as the shell now has a huge crack and has broken. However, it was really a team work as all hands are on decks, comprising of the veterinary doctors and the whole departments. 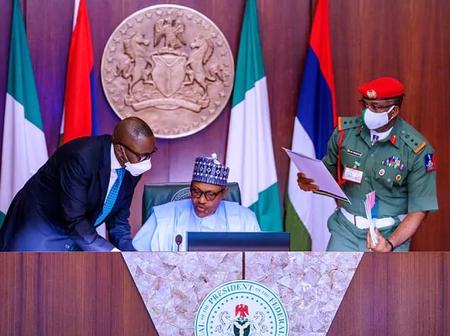 Here is Federal Government's conclusion on the beneficiaries of 774,000 jobs - August 26.

The federal government has said beneficiaries of 774,000 jobs will re-engage in agricultural services. Mohammed Nasir Ladan Argungu, director-general of the National Employment Agency (NDE), has said that the beneficiaries of 74,000 jobs will not be excluded after the third term. months. NDE DG, however, says they will return as farmers continue to fail to recover from the tensions created by the target. nature plan. Speaking to the Daily Trust, Argungu, who is also the chairman of the election committee, said 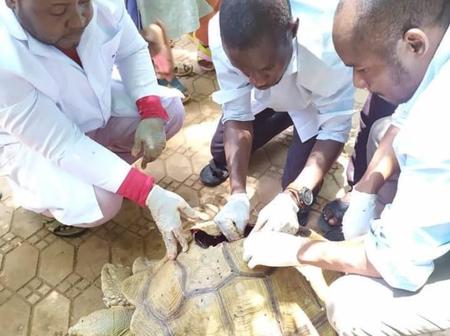 Dr Nura Abubakar of Zonal Veterinary Clinic in Sokoto has narrated how he and his team spent up to six hours operating on a dying tortoise which suffered a broken shell after it was run over by a car. The veterinary doctor said the tortoise whose pictures circulated on social media after the nasty injury has resumed its normal life and can now move around freely. The tortoise shell broke when the son of its owner tried to reverse a car unbeknownst to him, the animal was lying behind. On discovery, the animal 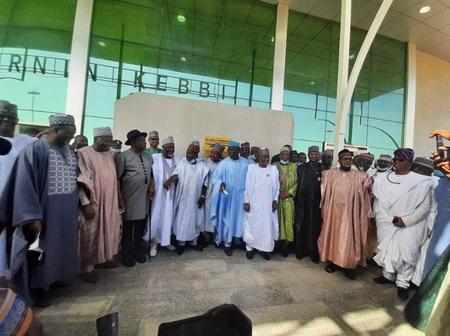 Argungu, Kebbi State welcomed political bigwigs from thhe All Progress Congress (APC) and People Democratic Party (PDP) on Saturday 14th Nov., 2020 gathered in Kebbi State for the wedding of Governor Aminu Tambawal Son, Najib to the Daughter of Senator Tafidah Ameena. The news reported that the wedding the wedding was held in Argungu, Kebbi State with the Attorney- General and Minister of Justice, Abubakar Malami (SAN) who also represented President Muhammadu Buhari at the event. Rivers State Governor, Nyesom 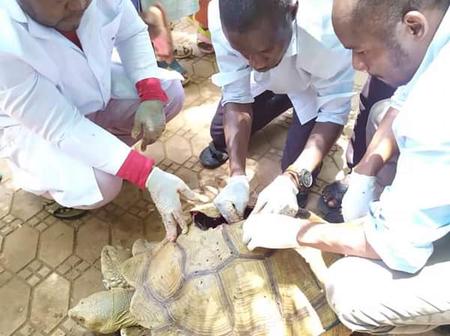 This Tortoise was hit by a Car, see what the Doctors did to it. Photos

Good morning Readers, I hope your Day is going pretty Well. While Tortoise has always been dubbed the most wisest animal amongst all other Animals. So as Doctors have also been known as Life savers and also exhbited there Expertise . The Vetineray Doctors at a Vetineray Clinic in sokoto had an unplanned surgery, this Surgery was done on a Tortoise. This is what happened to the Tortoise. The 75 Years old Tortoise From Argungu, was Ran over by a Car (Toyota Hilux) the Effect of the Accident caused the Shell of 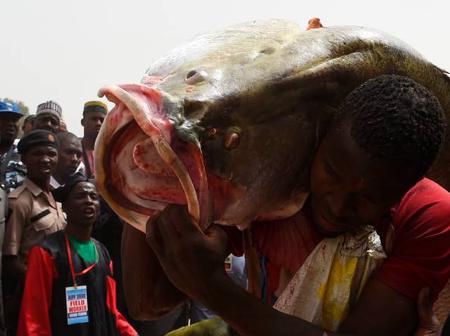 Argungu fishing festival or dance festival began in the year 1934,as a mark of the end of the centuries. Old hostility between the sokoto caliphate and kebbi. In 2005,the winning fish weighed 75kg,and needed four men to hoist it onto scales. In 2006 the festival banned fishing due to safety concerns relating to the low water levels. The importance of the festival to the economy has led the government to conserve fish stock by prohibiting use of Gill nets and cast nets. The zauro polder project,an irrigation 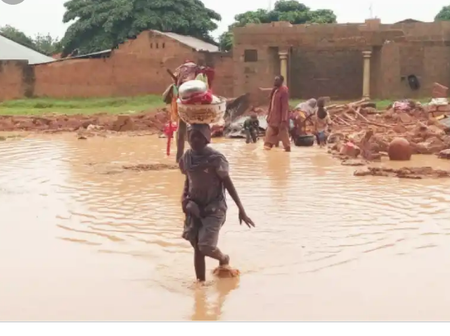 A passionate intervention from the youths of Argungu saved the town from flood humiliation, they were about 200 youths with the mind of their neighborhood as their utmost concern.  The youths built an embankment round the famous Matan Fada River to save the town from being overrun by flood. Recent findings shows that hey have been suffering this torture of flood, some have been hoping on the intervention of the government but this youth can’t wait any longer and so they decided to save the whole community. 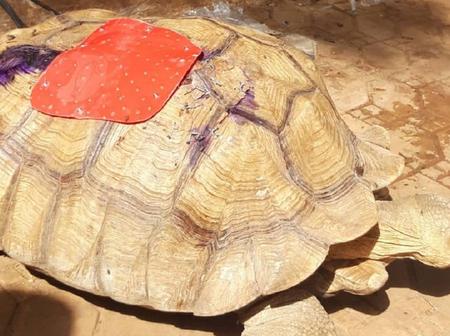 Doctors have successfully saved the life of a turtle that is almost 80 years old. The turtle was treated by veterinarians in Sokoto State after the animal was hit by a car earlier this week. At least six doctors and paramedics have recovered the damaged back shell in the tragic accident in Kebbi State. Chief Medical Officer Dr. Nura Ababukar said a vehicle hit the turtle in Argungu Local Government Area of ​​Kebbi State. The reason for the aftermath of the back shell explosion. He said they first gave the 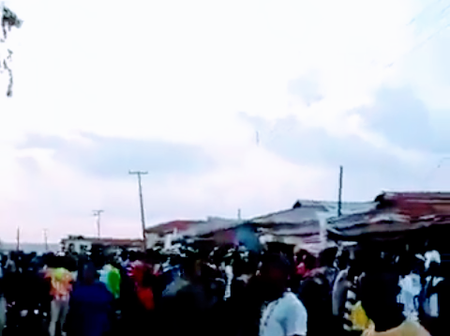 Some peaceful protesters were attacked by soldiers and many people lost their lives. This happened on the 20th October, 2020, a day that Nigerians will never forget. Since that day, a lot of attacks made by hoodlums. Some people lost their lives due to some stray bullets which penetrated into their skin. Some properties including some important buildings such as banks, shopping mall and lots more were not left out in the destruction. Police stations were also burnt down and a lot of inmates were freed. Due to 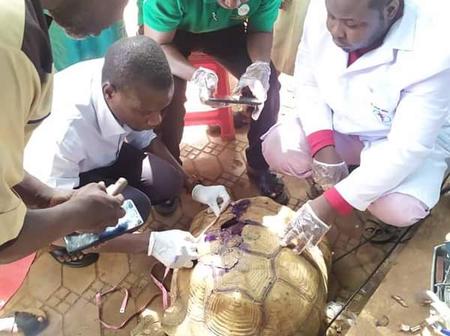 An aged tortoise from Argungu was accidentally ran over by a car as it was crawling about in Sokoto state, the tortoise is said to be one of the oldest animals present in Nigeria and the accident elicited sympathy from passersby who saw it writhing in agony. Some veterinarians teamed up with doctors from the department of surgery and radiography to save the life, they used many things ranging from wires and screws to fix the extremely damaged shell which cut deep into the skin. The surgery lasted for several 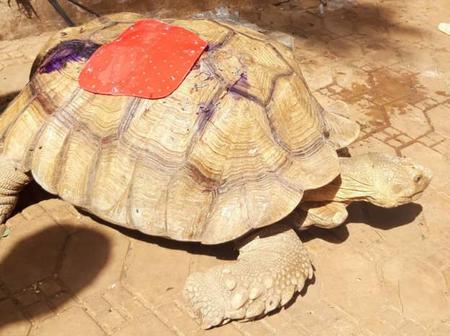 Check out What Happened To This 80-Year-Old Turtle Before He Was Rescued.

Veterinarians in Sokoto have rescued an 80-year-old turtle that was hit by a car earlier this week. Six doctors, including nurses, have recovered a cartilage that exploded in a car accident in Kebbi State. Chief Medical Officer Dr. Nura Abubakar told the BBC that the car overturned in Argungu, Kebbi State, and then exploded. He said they first gave the turtle an ambulance on Monday night, and then operated on Tuesday morning. "What we did to him was to put together a place where he could meet the raw shell Buhari Sacks NDE DG Argungu..... President Mohammadu Buhair has relieved the Director General ,National Directorate Of Employment (NDE) Dr Nasiru Mohammed Ladan Argungu of his appointment...and has ordered the appointment of a senior officer to take over in an acting capacity pending the appointment of another Director General....... Buhari Describes The Continued ASUU Strike As 'Apmazing''..... President Mohammadu Buhari expressed surprise over the continued nationwide strike by Academic Staff Union of universities(ASUU) 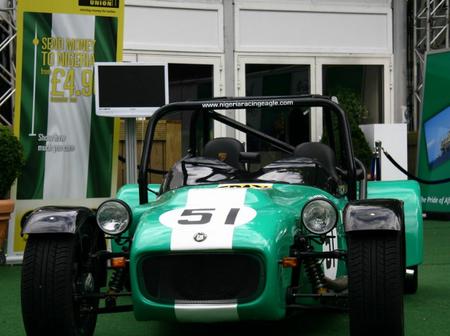 Opinion video: Take a look at Nigeria's first car racing (Shagamu F1) and why we should forget it.

Are you a car race freak? You are in the right place if your answer is yes… The Sagamu Auto Rally was fun as several racing enthusiasts displayed their driving prowess. See more photos of the event  There are many people who consider the thought of car racing in Nigeria impossible. But the truth is that for decades, Nigerians have been engaging in car racing; both in organised and street levels. Today, there is a new awakening towards the sport in the country. Car racing is gaining new grounds and is more See how Doctors saved a 70-year-old Tortoise in Sokoto State.

Somewhere in Sokoto State, a well-aged tortoise from Argungu was accidentally hit by a motor car as it was crawling about. The tortoise is believed to be among the oldest animals in the country. One of the basic attributes of this animal is that it has a high lifespan more than human beings even. A tortoise can live to an average age of 30 to 100 years while some can live for as long as 200 years and more. Their longevity is as a result of their slow metabolism which enables them to exhaust little amount of 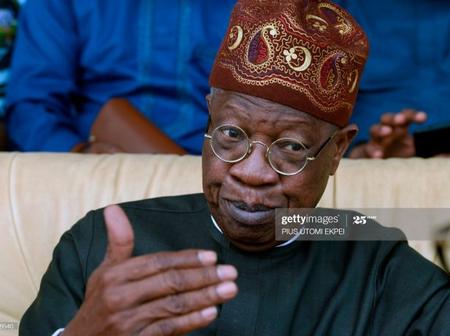 Minister of Information and Culture Lai Mohammed speaks during the Argungu fishing and cultural festival at Argungu Town, Kebbi State in northwestern Nigeria, on March 14, 2020. - Argungu fishing and cultural festival is one of the oldest and most widely attended festivals in the country dating back many generations, featuring series of water competitions and traditional games. The festival returned after 10 years suspension due to insecurity in northwest Nigeria. (Photo by PIUS UTOMI EKPEI / AFP) (Photo by 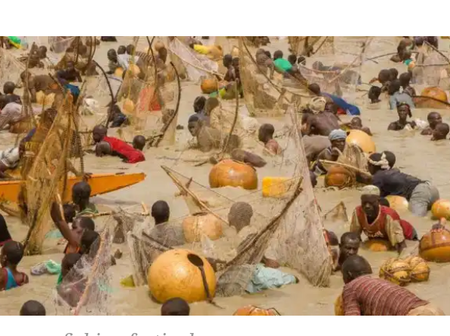 Nigeria is a country with over two hundred million people and diverse ethnic group, each ethnic group has their own culture and tradition that make them differ from the other ethnic groups. Out of this ethnic groups there is Hausa, Hausa people are the most populous ethnic group in Nigere and are found mostly in Northern Nigera. In this article I am about to tell only five things about this major ethnic group. 1. Marriage Hausa people marriage is based on their religion and culture but the culture obeyed their