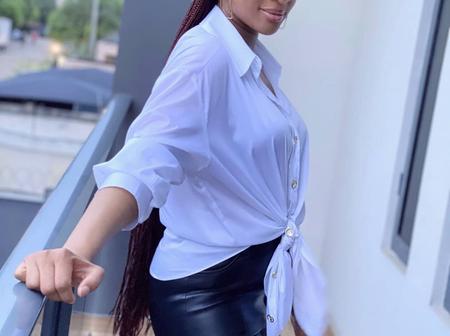 Fans excited as Adesua Etomi shares recent pictures of her online.The picture shows she is doing good after her child birth.Adesua Etomi is an Nigerian actress, she put a lot of energy in all she which made her well celebrated in the movie industry. 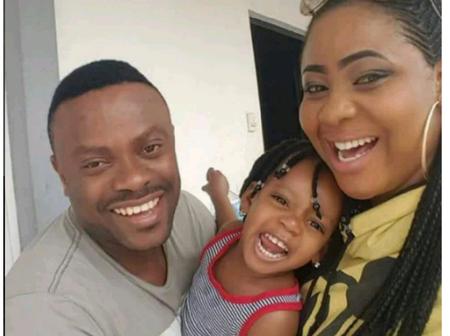 Ime Bishop Umoh popularly known as Okon Lagos is a famous nollywood comic actor, who was born on 15th July, 1981 in Nsit Ibom, Akwa Ibom State, Nigeria.......... Bishop, who started his acting career since childhood came into limelight after starring in the 2008 indigenous movie titled "Uyai" which was produced by Emem Isong, and ever since has featured in several movies such as Jump and pass, Vulcanizer, Sak Sio, The Head Office, Okon goes to school, Silent Scandals, Edikan, Okon the driver, Okon and Jennifer, 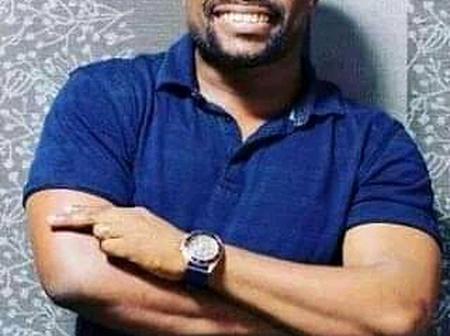 Things You May Not Know About Ime Bishop Umeh aka Okon

Ime Bishop Umeh, often known as Okon is a renowned Nigeria actor and comedian.Who's influence in the nollywood industry has been greatly felt Nationwide.In this article you will know a little about Ime Bishop Umeh.Ime Bishop Umeh Biography. 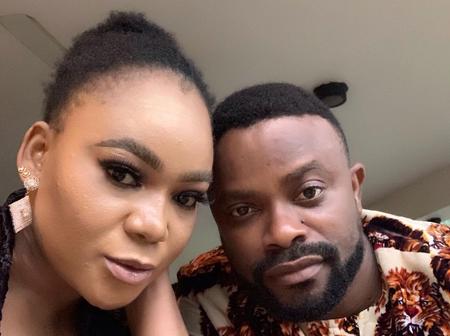 Photos Of Rachel Okonkwo, Victor Osuagwu, Nuella Njubigbo And Many Others With Okon On Movie Set

Ime Bishop Umoh is not a new face in the Nollywood Industry. Okon Lagos as he's fondly called is a comic actor, politician and brand ambassador. In 2016, he was appointed as special assistant on ethical and social reorientation to Governor of Akwa Ibom, Udom Emmanuel. He's also the current brand ambassador of Gbobalcom. Okon Lagos is a native of Nsit Ibom and from the Ibibio tribe. He was raised in Akwa Ibom and attended University Of Uyo where he obtained a bachelor's degree in Philosophy. He had passion for 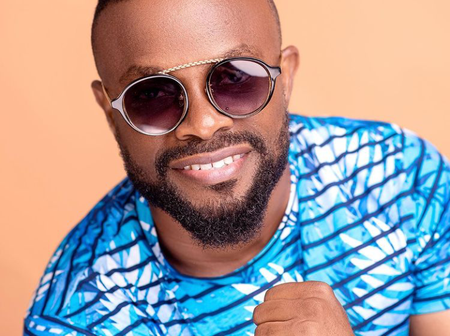 Ime Bishop who is popularly known as Okon Lagos or Udo is a Nigerian comic actor and comedian. He is a graduate of Psychology from the University of Uyo. The movie that really brought him out is a movie produced by the renowned Nollywood Finest producer, Emem Isong in 2008. Since then, he has featured in over 100 movies. There has been an ongoing saga about a 45 year old man who died after discovering his two children aren't his, but they belong to the MD of FCMB. Today, Daddy Freeze posted his opinion about 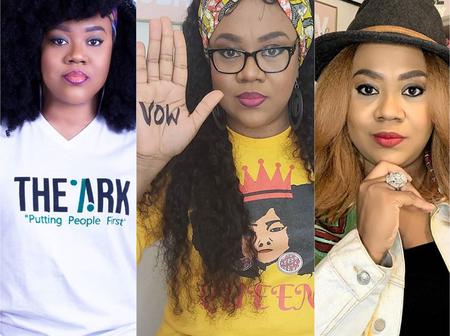 4 Months After She Unfollowed Her Husband On IG, See Recent Photos Of Nollywood Star, Stella Damasus

Stella Damasus is one of Nollywoods most talented actresses and she has acted several movies. Nollywood star, Stella Damasus was born in the year 1978 and she came into prominence after acting her second movie "Breaking Point" produced by Emem Isong and directed by Francis Agu. Throwback photo of Stella and Omotola in a movie scene Stella Damasus was one of Nollywoods most beautiful actresses during her early years in the movie industry and she has won different Awards. It's been over 4 months now since the 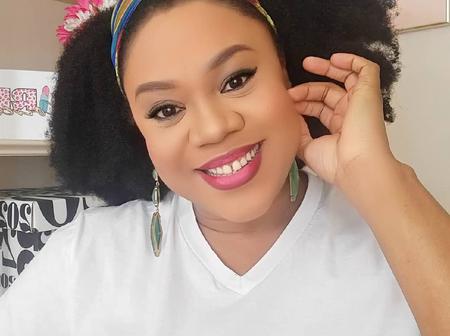 Stella Damascus is a popular Nigerian actress, producer, singer, model and television personality. She started her career way back in the early 90s. she has risen to become one of the most respected Nollywood actresses. Stella Damascus was born in the 24th of April 1978. She is currently 42 years old. She was born in Benin City, Edo State. She completed her primary education in Benin before moving to delta state with her family. She graduated with a degree in Theatre Arts from the University of Lagos. She started 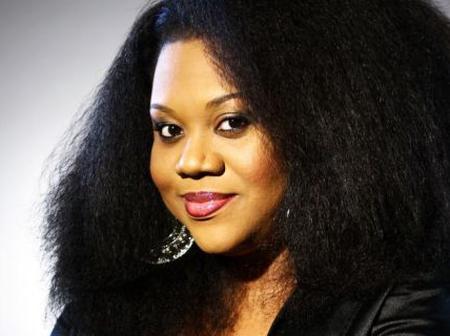 Welcome to the blog that gives all the best in football stories, news and updates. Kindly click on the follow button. What do you know about Nollywood actress Stella Damasus? Stella Damasus is a Nigerian actress and singer, She was born in Benin City , Edo State in Nigeria. She grew up in Benin City where she completed most of her primary education. She moved to Asaba in Delta State with her family at the age of 13. Stella Damasus is a Theatre arts graduate from the University of Lagos. As a singer, Stella started 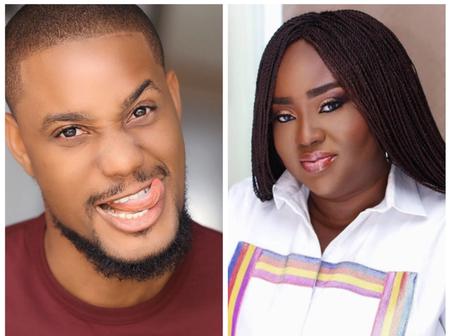 Nigerian Actor Alex Ekubo posted on his Instagram pahge few hour ago. It was a photo of Emem Isong. He wished her a happy birthday. The photo was quite beautiful that he had fans commenting. His caption read; Happy Birthday to my original sugar mummy Emem Isong. Followed by some other sentences. He concluded saying. Please send me your dollar account let me wire you something. Here is a screenshot of the photo he posted below. He had lots of lovely reaction and comments from fans who joined him in wishing her 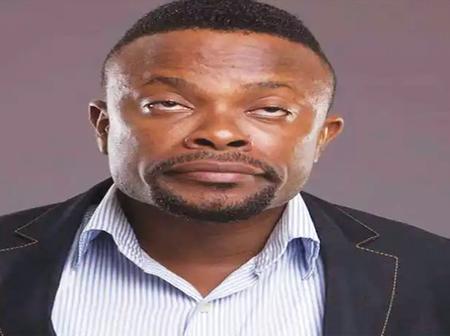 Ime Bishop Umoh who is Popularly Known as Okon Lagos was Born on 15th July,1981 in Akwa Ibom State,Nigeria. He is a Nigeria Comic Actor,Master of Ceremony and a Comedian. Ime Had his Primary and Secondary School Education in Uyo,Akwa Ibom State. He Later Attended the University of Uyo and Obtained a Degree in Philosophy. He Started his Acting Profession in 2007.He Came Into Limelight when he was featured in an Indigenous Movie Called "Uyai" Produced by Emem Isong. Ime is one of the Most Skillful, Creative and 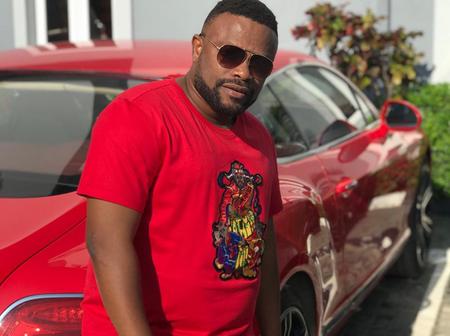 If You Think Nollywood Actor Okon Is Not Handsome, Then You Need To See These Photos

Hey guys, it's another beautiful day, if you are happy to see these day, do me a favour by clicking on the FOLLOW up button above. Today I will be sharing with you guys some stunning and adorable pictures of the comic Nollywood actor Okon, that shows he is also among the handsome men in the industry, feel free to drop your comment in the comment section below. Okon who goes by the name Ime Bishop is a Nigerian Nollywood comic actor. Born on the 15th July 1981, came into Fame with an indigenous movie titled "Uyai", 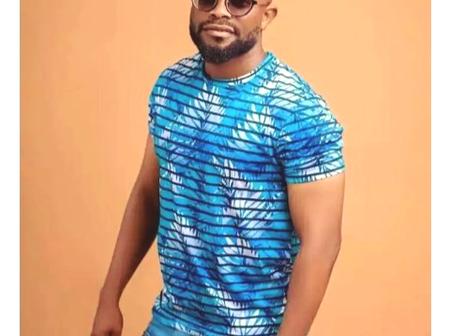 Imeh bishop umoh (Okon) has become more handsome and cute now since he started visiting the gym. Below are pictures of his transformation but before that let me tell you a brief history of Okon who's real name is Imeh bishop umoh and he is from akwa ibom state, he is a graduate from the University of uyo. The movie that made him popular was "uyai" produced by Emem Isong in the year 2008 he is also a brand ambassador for Glo Nigeria. Now check out the pictures below. As you can see he has become so handsome and 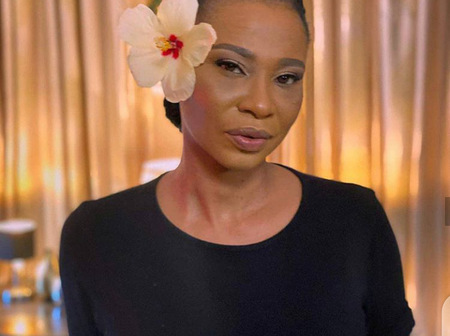 Nse Ikpe-Etim is an award winning actress, film maker, producer, model, entrepreneur, brand ambassador and brand influencer, with 744,000 Instagram followers. Nse as she's fondly called is popularly known to feature in Mainstream English movies. At 18, the 45 years old actress started acting on stage at the University. She came to limelight in 2008, after featuring in Reloaded, an Emem Isong movie. The movie earned her Nominations for Best Actress in a Leading Role at the 5th and 8th Africa Movie Academy Awards. 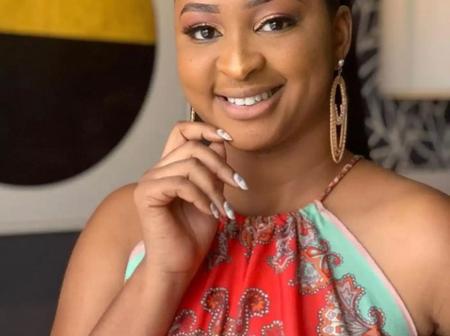 Etinosa Idemudia is a Nigerian actress, a social media influencer, film maker and internet celebrity. She is best known for her online comedy skits which she began producing and sharing, first on her instagram channel featuring various Nollywood actors including Daniel K Daniel. She is also known for her break-out role as Amanda in the sitcom Chairman and her first feature film production The Washerman , which after the release of its trailer, experienced massive anticipation from her fans. She is a great woman 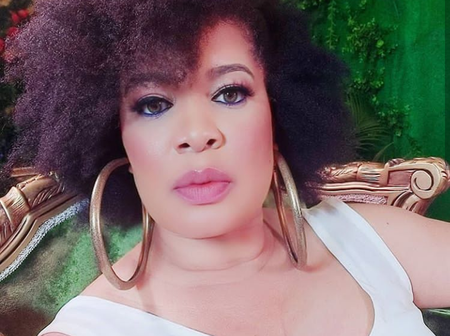 Have You Seen Monalisa Chinda Recently? You Need To Checkout These Pictures

Monalisa Chinda is a Nigerian entertainment personality. She was one of the more unique personalities to emerge in the entertainment scene in the 1990s. She was born on 13th September 1974 in Nkwere, Port Harcourt, Rivers State in the south southern part of Nigeria to Igbo parents. She is currently 45 years old.  On concluding her secondary education, Chinda went on to obtain a degree in Theatre Arts from the University of Port Harcourt. Monalisa Chinda began her acting career while studying in the university. 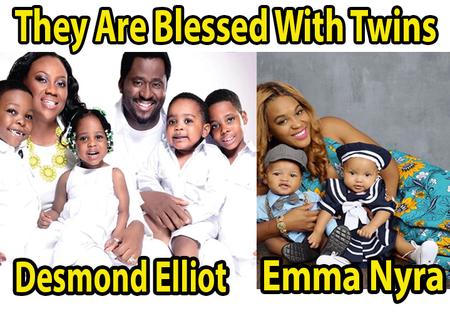 Children are gifts from God, but when you have two at once then you are definitely blessed. Having a set of twins is one of the greatest and biggest gifts from God; some of our favorite celebrities have been blessed with this amazing gift. In this article I present to you 10 Nigerian celebrities blessed with twins. Desmond Elliot: The Nigerian actor, director and politician have been blessed with twin children, not once but twice. He and his wife welcomed their first set of twins shortly after their marriage, 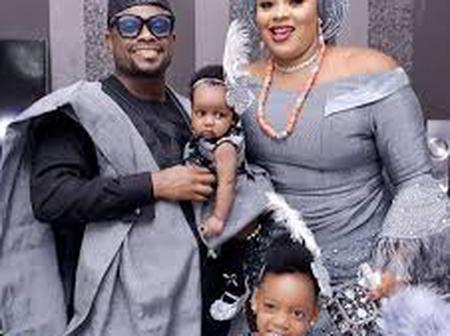 Have You Seen Actor Bishop Umoh And His Family Recently? Check Out These Lovely Photos

Hi guys, today's article is about Nollywood actor Bishop Umoh.Many people know the comic actor that always entertain us in movies with his funny ways.I'm going to show you some photos of him and his family but first let me tell you a little about the comic actor. Actor Bishop Umoh popularly known as Okon Lagos is Nollywood comic actor.He was born on the15th of July 1981 (39 years). He is a native of Nsit-Ibom Local Government Area,Akwa Ibom State in the southern part of Nigeria He graduated from the University 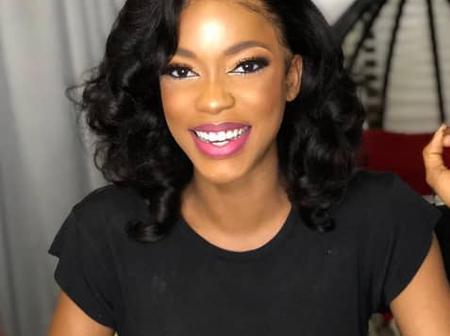 Nigerian Movie industry (NOLLYWOOD) is blessed with a lot of Amazing actors and actresses, who has made so much impact in the growth of entertainment in the country. Many of these actress and actors have the acting trait in them as a gift or talent, while some go though strict tutoring of lecturing before they become professionals. one of these Gifted Actress is EFE Irele, is a native of Edo state in Nigeria, she is a fast rising Nigerian actress, model, video vixen, writer and entrepreneur born on September 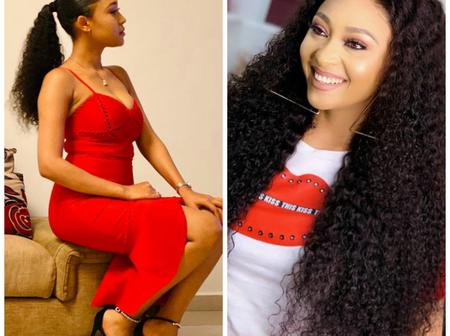 Remember The Lady Tonto Dike Called Out For Cheating With Her Ex-Husband, See How She Looks Now 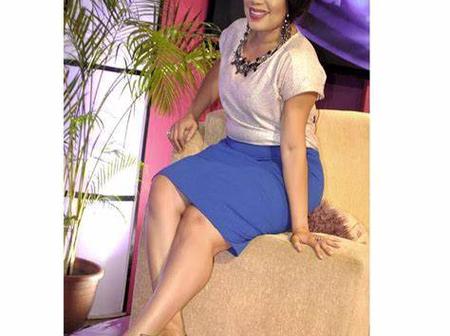 Remember The Actress Whose EX- Husband Almost Killed Her? See her Recent Photos

Monalisa is a 44-year-old Nollywood actress was born in Port Harcourt, Rivers State to Ikwerre parents. She is the first born in her family of two sons and four daughters. She attended Army Children’s School GRA for Primary and then Archdeacon Crowther Memorial Girls' School, Elelenwo. Both schools are located in Port Harcourt, Nigeria. She obtained a degree in Theatre Arts from the University of Port Harcourt. Monalisa's first major movie was Pregnant Virgin, which she did in 1996 and subsequently, after