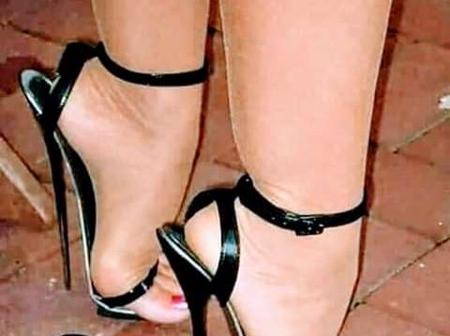 Is This Fashion Or Punishment

A Facebook user named Minoo Sukhia shared a photo of a girl's leg putting on very long heel shoes on a Facebook group called laughter the best medicine.He captioned the post Is this fashion or punishment. 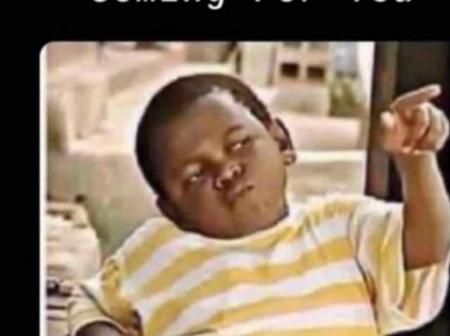 Money, they say answers all things but this is not thoroughly through as money can not give life and can also not cure some diseases as some solution are yet to be discovered. 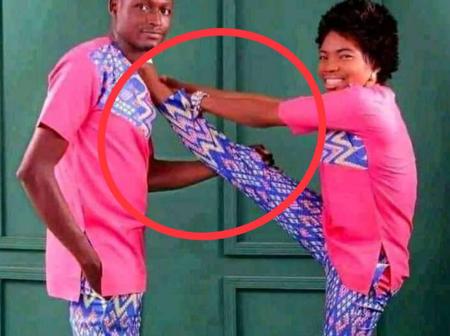 See Pre-Wedding Photo That Is Causing Mixed Reactions On Facebook

Normally we do see different posts shared on Facebook, either for fun or for other reasonable things.However, a post shared on Facebook caught the attention of many Facebook users, and many poured out their thoughts toward the photos shared. 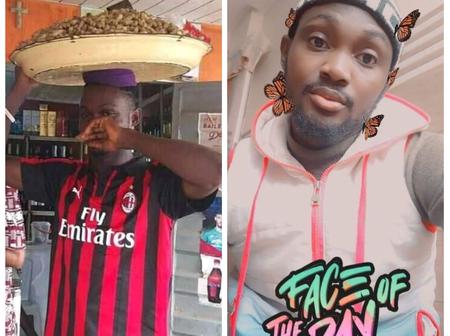 This man went on Facebook in search of true love with a disguise from his past. It's really funny how people have to change themselves to achieve or acquire a common goal which should come naturally. This man who goes by the name Oscar lee on Facebook went In search of his missing rips and he didn't believe he could achieve his goal by just being his real self. Oscar lee uploaded the picture with the caption " I'm a groundnut seller, can I find my soulmate here. I need someone who is going to love me for who 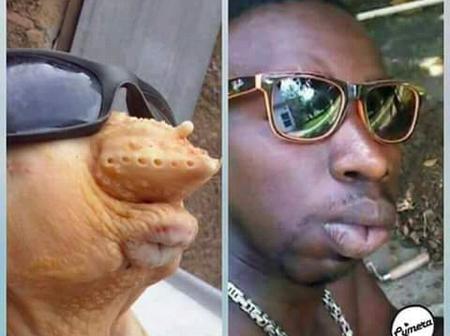 Hilarious Memes That Will Make You Laugh Out Loud

If it was not for some funny memes and Pictures which sole existence is for pure entertainment, your Facebook, WhatsApp, instagram and twitter would not be so fun enough to steal much of your time. The legendary Instagram would have been filled with just selfies and stylized pictures of attractive foods. And what about Twitter? Don't let me even talk about that. In all, the whole internet would be a fun less void of regular news updates and alerts, even reliable research, and some self-aggrandizing facebook 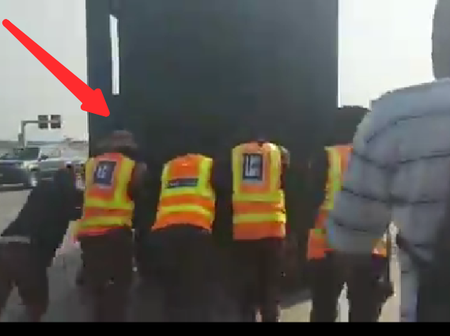 Even when things happening are serious, there is always something crazy and funny that comes and lightens the mood. Today is another day for the Endsars protesters, as they took to the streets to protest against reopening of the Lekki Toll Gate. Social Media has been buzzing after Policemen were seen, arresting and beating up protesters. Before the arrested boys were driven away, something funny happened that has caused reactions amongst Nigerians. The vehicle that was to convey the protesters, refused to move 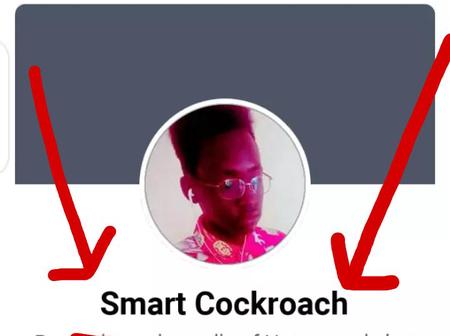 See Pictures Of Some Funny Names People Bear On Facebook

I'm sure in this recent dispensation almost everyone own a Facebook account, and we are quite familiar on how to use it, because right now, you can even see young kids, some even as young as 7 years old on that social network. The Facebook is a social media network where we all get to meet new people and get to share our stories with the world through status update and Pictures upload and many other means. When you initially want to register for Facebook you're advised to register with your real name, even though 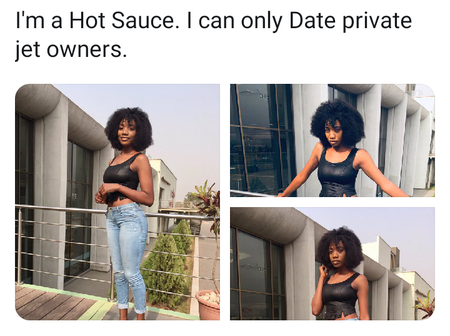 I Am A Hot Sauce, I Can Only Date Private Jet Owners - Young Lady Rants On Twitter (See Reactions).

These days, we get to see and hear about a lot of different stories and tales from the live of individuals around the world. Many of these stories can be easily seen and accessible through the various social media platforms especially twitter, facebook and instagram. Just recently, I was bored and started scrolling through my twitter feed in search of new updates and stories, when I came across the pictures and post of a pretty young lady, called Vivian. She posted 3 of her pictures with a very controversial 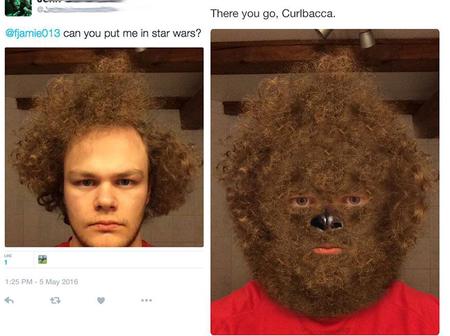 Funny Photoshop: What They Requested VS What They Got!

There are so many people with good talents and doing well in their category of specialization, A man James Fridman is really showing some of his funny and good work. See some of his funny work showing what people requested versus what they got from him. 1. He wants to look like Cali, now look at what he got ! Her face can now be seen clearly 2. Only the guy was removed3. The statue was indeed covered! Now look at him4. He was turned into a rock5. The statue was removed indeed and replaced with his GF6. Instead 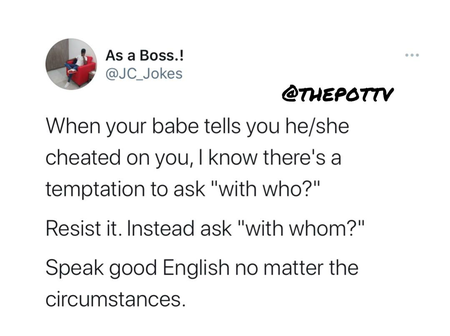 These Funny Pictures Will Make You Laugh, Check Them Out

There remain some pictures, which ever since they've stormed the internet remains unparalleled and ever funny.The really funny thing is that you could have viewed this pictures yesterday and still view it today and perhaps view it tomorrow and still laugh over it. 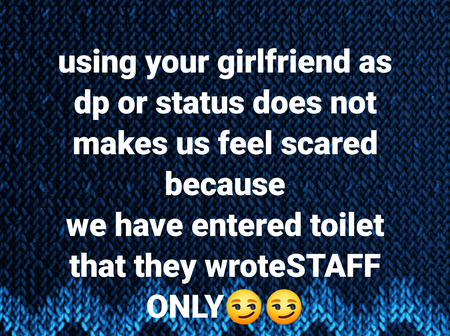 Facebook one of the most popular social media, is also fond of carrying as well as circulating funny post, articles, memes and jokes.Below are some of the 6 (six) funniest jokes or memes from Facebook. 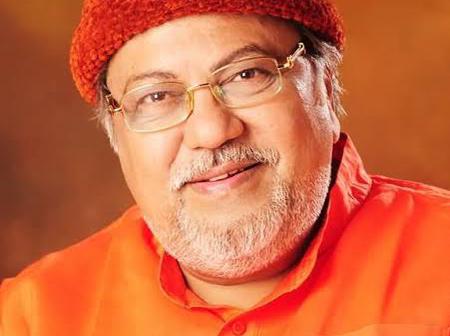 Shri Rajendraji Maharaj Jaap is a spiritual guru from india who broke gunness book of record by getting 15,629,405 comments on Facebook status on March 30,2013. Before then, The record was formally held by Robert Esposito (Italy) for the most comments on his Facebook post on January 10, 2011 which stands at 529,335. Shri Rajendraji maharaj Spokesperson said it on Tuesday april,2013 at a place called Malad in north-west Mumbai that " as of 30 March ,2013, the most comment on Facebook item is 15,629,405 comments 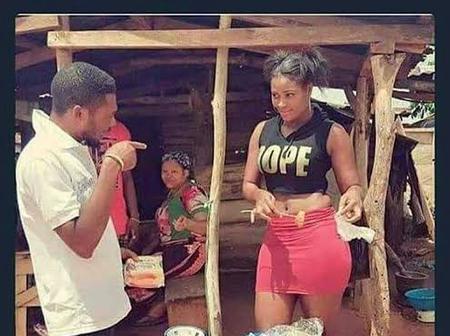 Love is a predominant factor in the lives of both men and women. Both genders tend to behave in a special way when in presence of people they crush on or admire. This is most common in the lives of men as he keeps his status, welfare, and other things behind when making specs for love. The same might also apply to a lady who crushes on a man. However, some men have also gone the extra mile in guaranteeing their love for ladies. They tend to engage in activities aimed at garnering the attention of the supposed 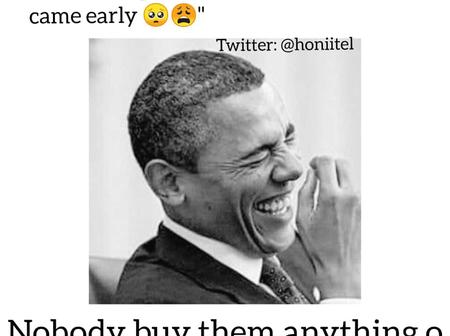 FUNNY: Check out these 9 hilarious Valentine memes bet you can't control your laughter

Laughter they say it's the best medicine. With the way depression is taking over the world, more funny articles, videos are needed by people to suppress their depression. Valentine day is a day to show love and these funny memes is to show that comedy can be taken out from any situation... Below are some funny Valentine memes that will make you laugh your head off, check them out; Na wa o! 😂. Girls plenty for this table. Aswear...*laughs*. Oga coro no get Joy.. *Omo Na Gbege be that* hahahahah Ayah! No worries, 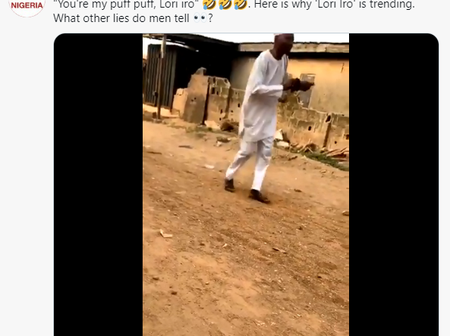 Twitter is buzzing on this funny trend that is going viral, this trend is gaining grounds especially in Nigeria, as Nigerians have been cracked up by this pastor's evangelism towards this upcoming valentine. This is so funny you have to check it out yourself on this link https://twitter.com/i/status/1358850667276869632. Go ahead. Here are some of the tweets on this trend, enjoy laughing.......... This ones hook me o...... Lori iro is trending with many Nigerians posting funny things even regarding the upcoming 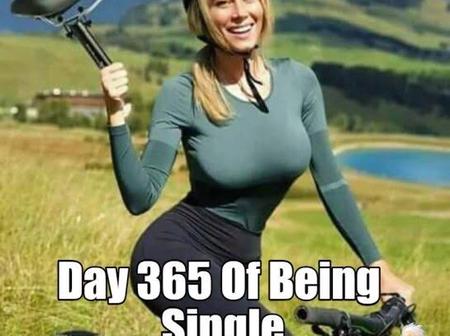 20 Funny Memes That Can Make Any Girl Laugh

Here are more than twenty funny and hilarious memes that can make any girl smile and live. It is because of funny images that make social media entertaining and exciting. There are thousands of funny images on Instagram and Facebook that steal so much of our time. The Internet might be joyless if there are not funny things on it. Fortunately, there are hilarious memes everywhere on the internet with different styles. In this article, we have gathered the funniest memes about our other halves, that is ladies. 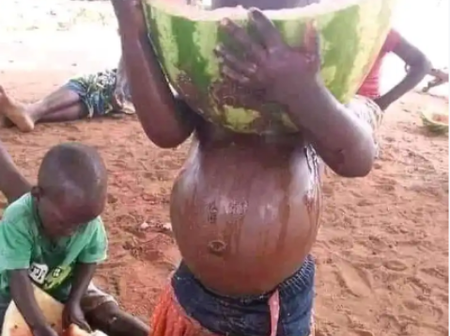 These Funny Photos Will Make You Laugh

Laughter is an emotional state of being happy, delightful, and free from all form of worries and stress. Laughter they say is the best medicine for worries and relives stress. This is because its improves our emotional status, relax our minds, stimulates the brain and equally relives stress. Our society today have been able to come up with several comedians that consistently keep us happy with their rib cracking meme and Funny jokes. I can't stop laughing since I came across these Funny Photos that has been 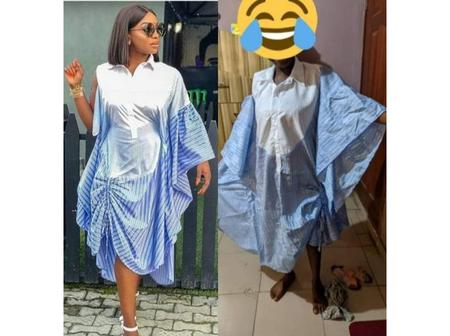 Funny: Woman shows dress her husband ordered for her and what was delivered.

Most people love to copy the dressings of Celebrities. Although this might be a good decision especially for those who have a sense of fashion, the only issue is that most times, the tailors might not be used to sewing that kind of clothing. Earlier today, a Facebook user took to his Facebook page to share a funny photo of what was given to a woman who ordered nice clothing. It was indeed funny because the dress that was delivered to her is different from what she ordered for. She decided to take pictures with 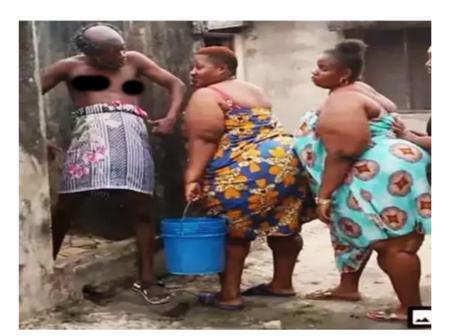 Funny Memes To Spice Up Your Day

The funny master is here to bring to laughter to people and brighten up their day. Living our life with laugh and smiles will make things look easy for us. Medically, laughter improves health status as it relieves us of pain and anguish in the body. Back in the days when we pay to see comedians who can amuse us with their funny jokes, but now due to great improvement of technology, we can easily find jokes and funny photos in the internet with our mobile phone. The latest way of cracking jokes is by memes. Memes 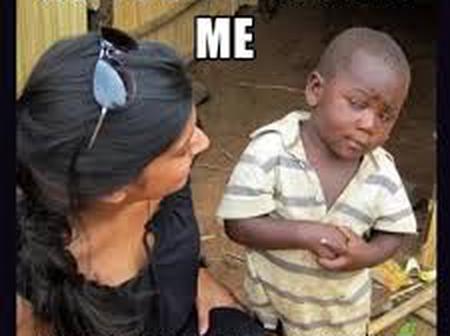 See funny pictures that will make you laugh

hmm, this lady can lie oh can you imagine what she is telling me in Nigeria that I know. A message to Nigerian from the president that He attended school. My mum is a victim I always find this funny when she does it.Hmm, my dear you are even lucky it seems the bag of rice was give away promo. That's true and that is what my mum does oh. She will be "After all the suffering caring you for nine month, feeding you daily and you are telling me to give you the money I have used it". My dear take heart this is Nigeria.