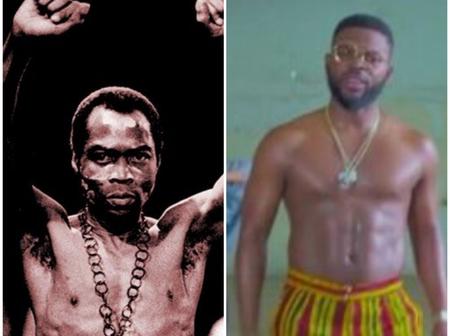 Gone are the days when Nigerian musicians used to worry about the kind of message that their lyrics of songs are going through, and that is why it seems as if the music quality is deteriorating by the day. To fight against social evils, injustice, nepotism, tribalism, religious extremism, adolescent delinquency, and spiritual decadence, our musicians used their songs before. Today, musicians are more interested in rushing to the studio unprepared to release sweet danceable hit tracks that are meaningless or 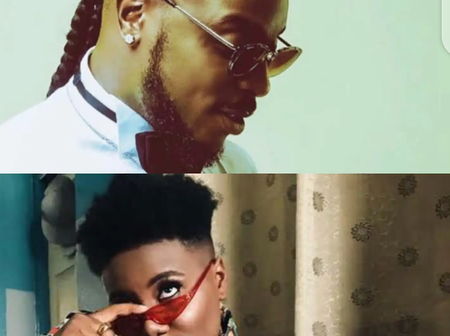 Nigeria is replete with myriads of song writers who are very good at what they do. Song writing is a critical aspect of the movie industry as they continue to show how strong artistes can be lyrically. This article brings to you 5 best songwriters in Nigeria who we can as well call lyrical gurus. 1. Teni: Known on Twitter as Oba Orin, Teni the Entertainer who also calls herself Teni Makanaki is one of the best song writers in Nigeria. When you hear Teni sing, try to pay attention to her lyrics and you would 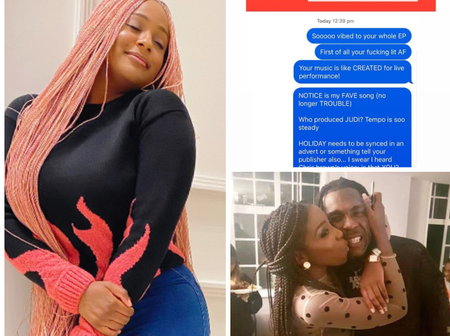 DJ Cuppy who is also known as Florence Otedola is a Nigerian Singer,Disc Jockey, Record producer and Philanthropist popularly known for her hit songs including,"Green light","Gelato","Jollof on the Jet","Litty lit" and many other hit songs. She released her debut studio album titled "Original Copy" this year and it charted in over 15 countries across Africa. She also won the Award of the Best African DJ at the AFRIMMA awards ceremony this year after beating the likes of DJ Spinall,DJ Neptune and others to the 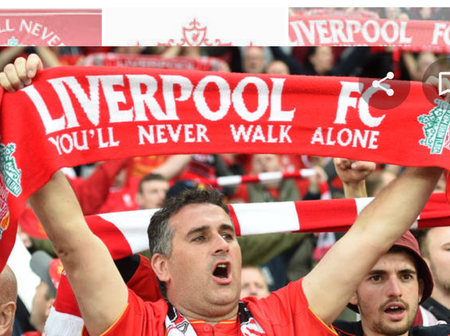 Have you ever watched Liverpool Fc play at their home stadium, Anfield? Did you witness what happened before and after the match between Barcelona and Liverpool at Anfield, when Liverpool came from a 3-0 first leg defeat to win 4-0 at Anfield? The rendition of Liverpool's fc song which involved the players, the coach and the technical staffs holding hands while fans at the stands joined them in the song may have caught your attention. The passion behind the rendition of that song is what some people may not 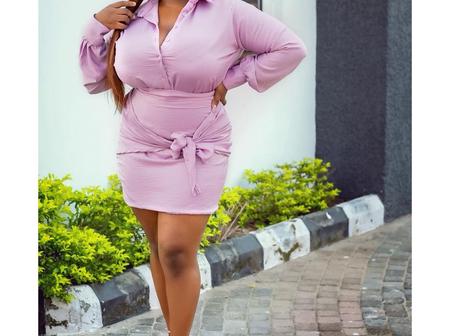 See Davido's lyrics that Dorathy used as a caption to one of her Instagram post that got reactions.

To be relevant in life is one major prayer that every individual pray, to stay relevant means one has the support of people at all time just like Dorathy. The first runner up of the last big brother naija season 5 edition, Dorathy has chosen to do what will make her fan happy at all times. Just last week, she got a Mercedes Benz car from her fan for a birthday gift. It is obvious, she is living for her Otititi fans. Just few minutes ago, Dorathy took to her Instagram page to post an astonishing pictures with 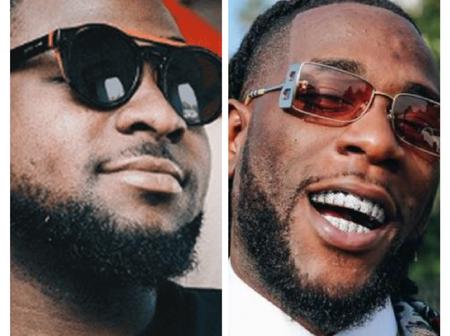 (Opinion) Grammy Awards: 2 Things Davido Can Learn From Burnaboy's Artistry If He Humbles Himself

Instead of being overly worried about who the biggest music artist in Nigeria is at the moment, Davido could humble himself and learn from Musicians like Burnaboy and Wizkid, who at the moment are setting the standards for other Nigerian artists globally. After hitting a record breaking heights in 2019, Burnaboy improved on his achievements and even surpassed it recently in 2020, with the release of his "Twice as tall album". Subsequently, following his recent Grammy Award nomination, Burnaboy has become the 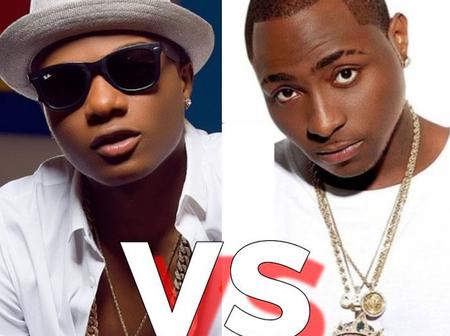 Made in Lagos versus A Better Time, an honest review

The two most acclaimed Nigerian artist Davido and Wizkid released an album this year. And so far both albums have been a succes. But I will review both of them and give my honest opinion. With A Better Time, Davido tried his hands on other genres of music, from Afro Pop to Afro Fusion to Trap music. It is hard to pinpoint Davido to a genre of music, he is versatile. Wizkid style of delivering the songs on Made In Lagos is top-notch. He deviate totally from the known Wizkid to sound like Paul Smith. However, 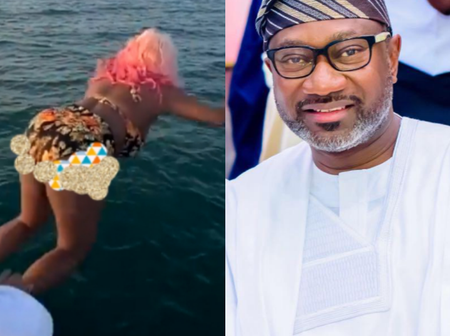 Hours After DJ Cuppy Jumped Into a Sea, See What She told her Dad That Got People Talking

Popular Nigeria disc jockey (DJ) Florence Otedola popularly known as Dj Cuppy is a well-known DJ that has released many hit track like Gelato and Jellof on the jet. She has won many awards both local and international. The "Gelato" crooner has taken to her official Instagram to share some interesting videos that captured the attention of many Nigerians. In the video, Cuppy jumped into the sea from a boat. It was a dreadful and dangerous thing to do. Soon she jumped into the sea, there was a big splash of water 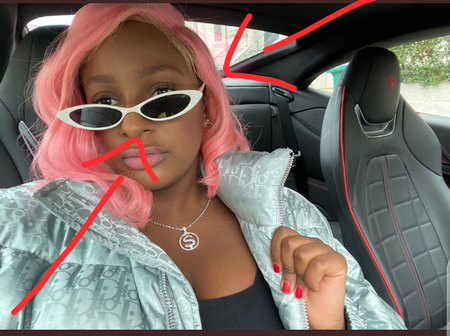 It is no longer a news that the female disk jockey Florence Ifeoluwa Otedola, popularly known as Dj Cuppy, is living a classical lifestyle. Just recently, the 28 year old daughter of Femi Otedola, a rich businessman, posted something on her official Twitter handle and her fans trooped in to give remarks about the wonderful lady. In the photo she shared, it could be noticed that she was chilling in her Ferrari Portofino. That was not the issue at all, the glasses she was wearing, seemed a little bit our of position. 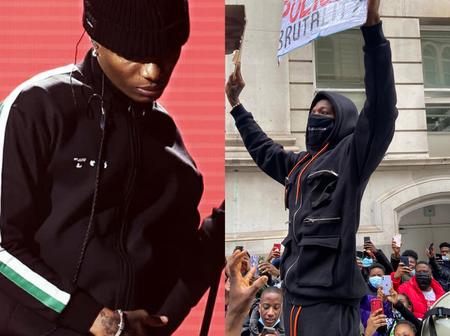 Check Out What Wizkid Said About EndSars In His Live Performance Tonight That Got People Talking.

Fans of Wizkid and good music has taken to their social media platforms and twitter accounts to hype and praise Wizkid for an electrifying live performance on YouTube tonight, and most especially for what he had said about EndSars. The EndSars movement has always had the support of Wizkid right from the very beginning, and continues to have his support, as in his live performance today, he had used his stage to promote the movement, by switching the lyrics of his hit song "Ojuelegba", and making a reference 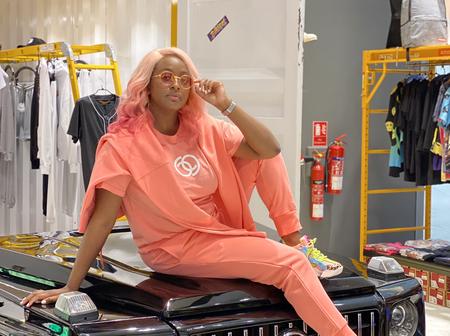 Florence Ifeoluwa Otedola known professionally as DJ cuppy, born on the 11th of November 1992, is a Nigerian singer, producer and Disc jokey. She is the daughter of famous Nigerian billionaire Femi Otedola,she grew up in Lagos and moved to London at the age of 13. She has featured series of Nigeria and international artist. She featured Zlatan in a song titled Gelato which was a hit back in 2019. Now, without beating around the bush, am going to share with you what I came across on DJ cuppy's official Twitter 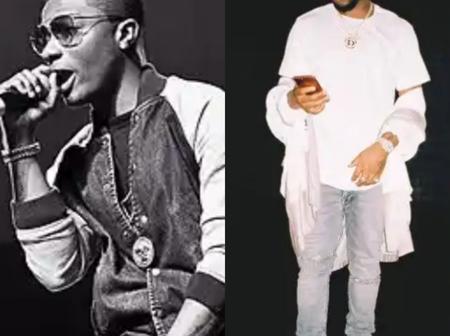 Wizkid is an Afro pop singer, songwriter and recording artist. He was conceived on the 16th July, 1990. Wizkid is the first Nigerian to perform in the 02 arena in UK. He is the Chief executive officer of starboy entertainment. Wizkid has released hit tracks like smile, no stress, ginger, soco, joro, etc. Davido was born on the 21st November, 1992 in Atlanta, United States. He has dropped hit tracks like fem, assurance, fall, if, one milli, holy ground, jowo, etc. Davido has release 5 albums and approximately 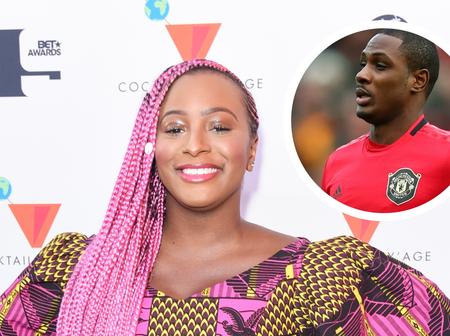 Nigerian celebrities often create time for their fans. They set aside time where their fans can ask them questions about themselves and their lifestyle. DJ cuppy is the latest Nigerian celebrity to do so and she has revealed why she choose the name "cuppy". Known for her pinky hair colour, she was Born on November 11, 1992, Florence Ifeoluwa Otedola was born in Nigeria but was moved to London at age 13. She is the daughter of Nigerian Billionaire Businessman, Femi Otedola. She is into music and has featured 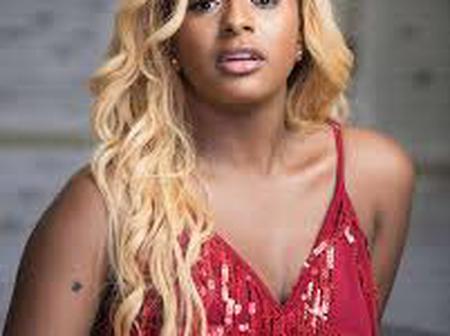 There are lots of successful female celebrities in Nigeria whether from music or film industry, the likes of them are Tiwa Savage, Yemi Alade, Mercy Johnson, Uche Jumbo, to mention a few. But DJ CUPPY (Florence ifeoluwa Otedola) a popular Nigerian DJ is one celebrity that stands out, she's got the looks and has earned her name. She just clocked 28 few days ago. Few of her achievements are: Here are some of her achievements, In March 2015, she was the official dj for the 2015 oil barons charity in Dubai and the 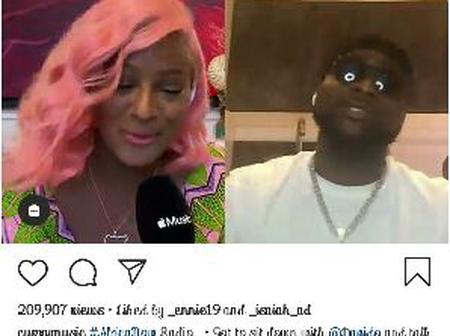 "One day I'm gonna make it like them"- A fan reacts after DJ Cuppy's recent interview with Davido.

After DJ Cuppy's recent interview with the Davido, a fan made a heartfelt comment about being like them in the future. According to the fan, he stated that one day he is going to make it be popular just like both of them. @_ejalon : "One day sha I'm gonna make it and be popular like this too " It would be interesting to know that DJ Cuppy and Davido are one of the best music entertainers in Nigeria. They are also known be very luxurious and their extravagant lifestyle. In the interview Cuppy did with Davido 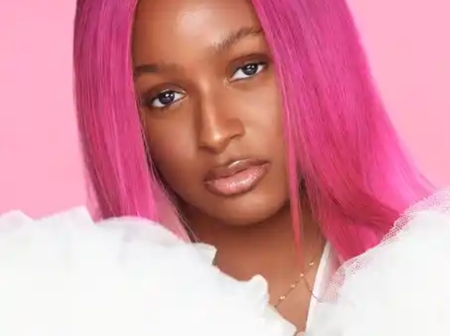 DJ Cuppy Not Giving Up on Anthony Joshua, as She Said "he Would Make a GREAT Husband One Day!"

Life is filled with dreams, and one thing about dreams is that, it sometimes encompasses some of our realities, that's why there is this saying that said, "be careful what you wish for because you just might get it" For "Gelato" Crooner Cuppy, has always told those who cared to listen that she is crushing on heavy weight boxing champion Anthony Joshua, and will like to have him for a husband someday, she even shared a photoshopped image of herself, and the boxing champion in a time Yoruba attire wedding outfit 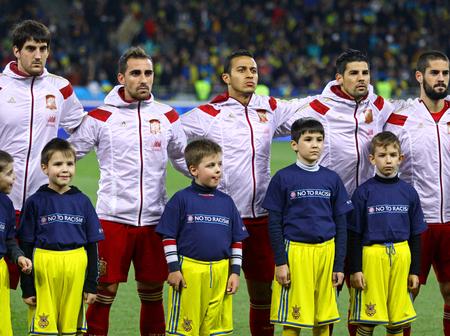 4 Countries With No Lyrics In their National Anthem, They Just Hum.

A country’s national anthem plays an important role both within a country’s borders as well as on the international stage. Like its official flag a country’s anthem is meant to represent and reflect a nations pride as well as its identity. This sense of national pride extends to honoring the accomplishments of fellow citizens as well as paying homage to their nation’s unique culture, traditions, and history.Anthems are typically played at events such as sporting competitions.  Well here in Nigeria we 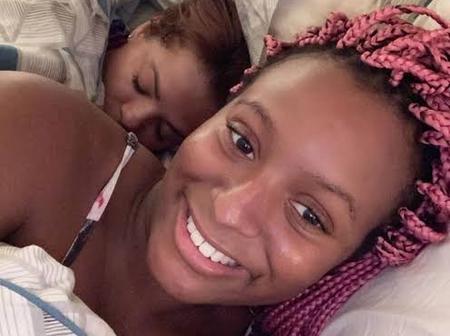 Photos: Dj Cuppy Is Beautiful But Have You Seen Her Without Make Up? See Some Of Her Photos

Beauty lies in the eyes of the beholder. Most of us must have heard of this ever vibrant young lady before now, but if you haven't, then here's a quick introduction for you. Florence Ifeoluwa Otedola, popularly know as 'Dj Cuppy, is a Nigerian DJ and producer. She is the daughter of Nigerian businessman, Femi Otedola. Cuppy is a vibrant young lady full of vibes, and she constantly showcases this part of her in her constant posts on social media. She's also into singing and has released some couple of songs which 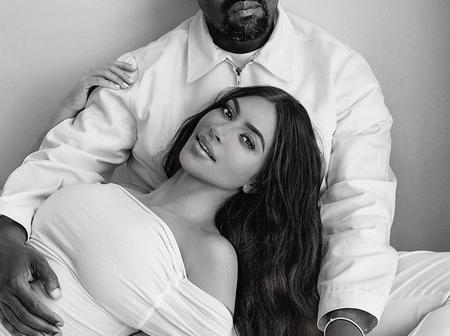 Kimberly Noel Kardashian West is an American media personality, socialite, model, businesswoman, and actress. She was Born 21 October 1980 age 40 years And married to musician Kanye West ( spouse ) Kim Kardashian took to her Verified Instagram account which has over 193 million followers to celebrate a decade of an album released by her husband Kanye west. Kim Kardashian on her post pens down a lovely note to hubby on her Verified Instagram account which she wrote:- “Happy 10 year anniversary to Kanye’s