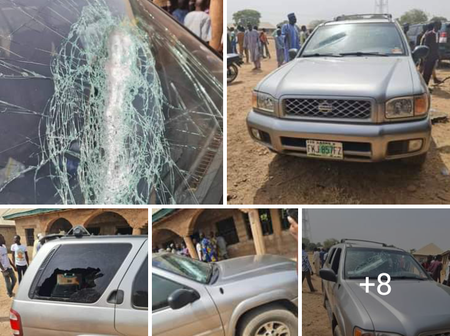 Sholyments Information reaching this medium now is that another clash has erupted in LAFIAGI , Edu LG area between members of APC and supporters of AA group where two prominent party cheiftains and Gubernatorial aspirants of the party , Alhaji Tajudeen Abdulkadir Audu and Alhaji S.Y Abdullahi, together with APC stakeholders, Alh MT Mamman and Engr Umaru Shaaba have reportedly been attacked during a stakeholders meeting. Vehicles as well as other properties belonging to party Chieftains was said to have been 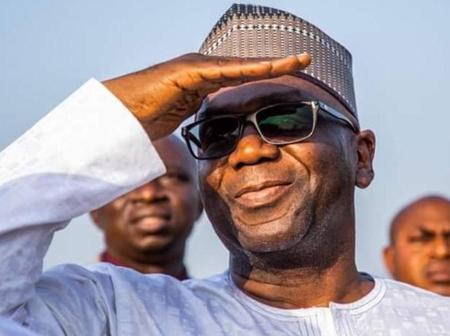 One Year In Office: 18 Things Governor AbdulRahman AbdulRazaq Did For Tertiary Institutions

GOVERNOR ABDULRAHAMAN ABDULRASAQ ONE YEARIN OFFICE ON (TERTIARY EDUCATION) 1. Payment of over 700M, seven months salary arears owed by the past administration to the Colleges of Education. 2. N123,137,802 was released for the accreditation exercise for three institutions namely C.O.E. (Technical), Lafiagi, College of Nursing and midwifery, Ilorin and CAILS, Ilorin. 3. College of midwifery, Ilorin which had been neglected since 2012 was resuscitated by this administration. 4. Disbursement of bursary to 8,304 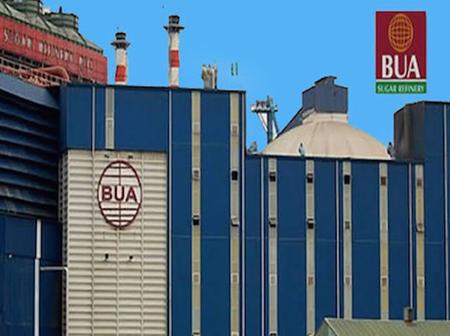 See Pictures Of $300M BUA Sugar Factory In Kwara That Is Nearing Completion.

Nigeria spends N300bn importing sugar. According to reports, this plant will process 14,000 tonnes of canes daily to produce 200,000 tonnes of refined sugar, 35mw of electricity. Mr AbdulSamad Rabiu, is building a multi-million Dollar sugar refinery and plantation in Lafiagi, Edu local government area of Kwara State. The project, according to Mr Rabiu, is expected to be completed in 2020 and should generate not less than 10,000 jobs and produce about 14,000 tonnes of canes per day. Speaking during the tour 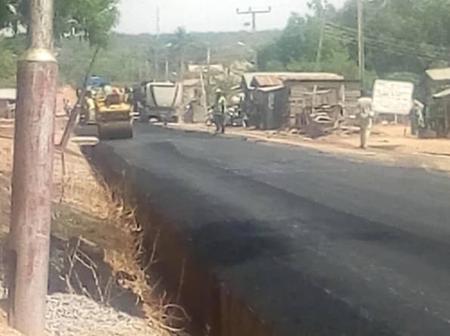 The Kwara State Governor, Mallam AbdulRahman AbdulRazaq has fulfilled his campaign promises to the people of Kwara North. Before he emerged as the Governor of Kwara State, he promised even dispensation of developmental project to every local government across the state but he dwelled more on Kwara North who had suffered a deplorable status for many years. He felt pathetic will the state of things at the some local government in Kwara North. It's obvious that Kwara North suffered underdevelopment for many ye 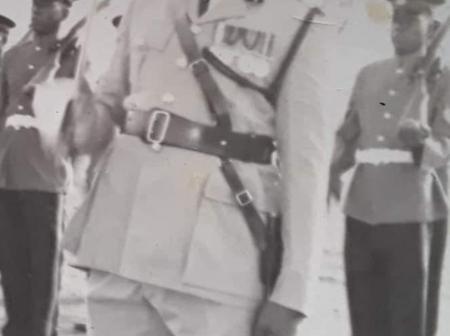 Alhaji Yusuf Lafiagi, The first Wali of Lafiagi was born inn Lafiagi, to the scholarly family of Mal. Idris Jiya and Malama Aisha. His father, who is from Emi-Kuramba in Lafiagi, was amongst the founders and settlers at Sheshi-dagana, south west of Lafiagi where they engaged in farming. He attended elementary school at Lafiagi after his Islamic education. He then went to Middle school at Ilorin, where he was school mates with the late Emir of Ilorin, HRH, Zulkarnaiani Gambari. Upon graduation, he joined Nig 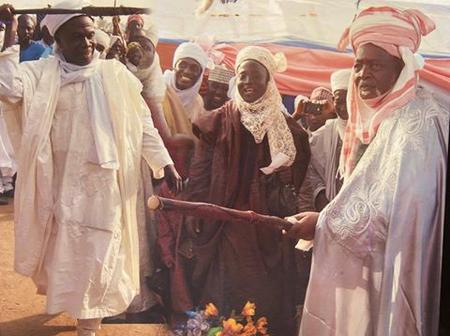 HRH Alh. Sa'adu Kawu Haliru, Emir of Lafiagi in a war-like traditional contest with the Mayaki

HRH Alh. Sa'adu Kawu Haliru, Emir of Lafiagi in a war-like traditional contest with the Mayaki, who is the military commander of the Emirate showcasing his military might during the annual Chewuru Cultural Festival, Dec., 2011. The Chewuru Festival is an annual cultural event that brings together all Nupe communities living on the bank of the River Niger and converge at the ferry port, a few miles away from Chewuru village via Lafiagi. The Royal Father is the longest serving traditional ruler in KinNupe and 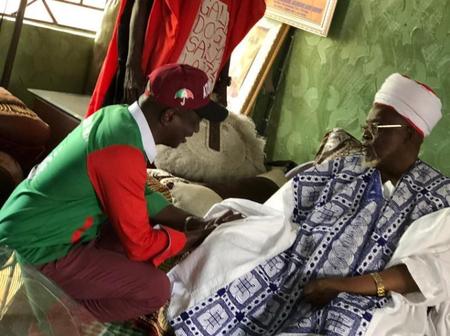 Nupe is just like any other language that struggled for existence for many centuries. But today it has become a recognized language in Nigeria.  The History of the Nupe Language is indeed a worthwhile engagement that will not only expose you to the stages of the development of the language but also the factors that led it its growth in Nupeland, most especially Lafiagi-Township; as it constituted their ways of communications. Nupe traced its origin to an Arab scholar from Makka he came before the descenden 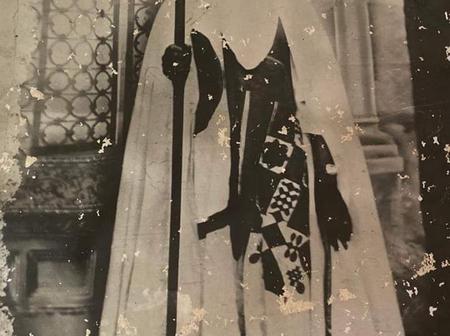 Tall and tough Etsu Abubakar Kawu ascended the throne of his forefathers in 1945 after the death of Etsu Muhammadu Bello who reigned for thirty years on the throne. Etsu Abubakar Kawu is from Etsu AbdulRaheem ruling house, his father Shaaba Muhammadu who was fondly called Shaaba Kede (Oke-Ode) where he spent most his live as Hakimi (District Head) was a son of Etsu AbdulRaheem, the fourth Emir of Lafiagi.  He was the first Emir in the history of Lafiagi to attend Elementary School hence the first to be educated. 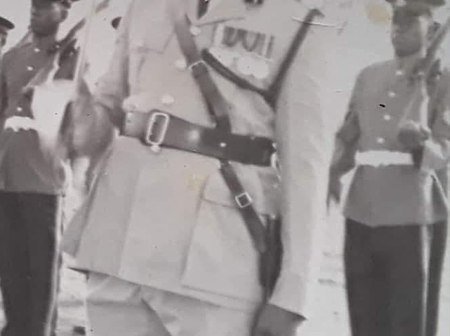 Brief Biography of Late Alhaji Yusuf Lafiagi The Man with many first to his records Alhaji Yusuf Lafiagi, The first Wali of Lafiagi was born inn Lafiagi, to the scholarly family of Mal. Idris Jiya and Malama Aisha. His father, who is from Emi-Kuramba in Lafiagi, was amongst the founders and settlers at Sheshi-dagana, south west of Lafiagi where they engaged in farming. He attended elementary school at Lafiagi after his Islamic education. He then went to Middle school at Ilorin, where he was school mates wit 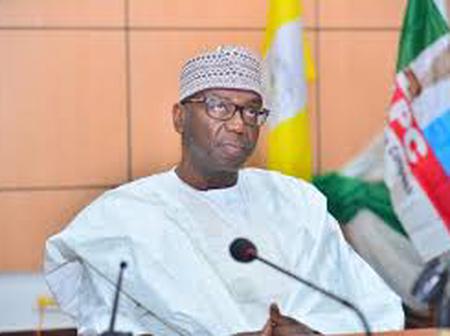 Governor of Kwara State, warns against activities that could lead to another civil war.

On Wednesday 21st October, the Governor of Kwara State, Abdulrazaq Abdulrahman vehemently warned against activities that could lead to another civil war in Nigeria and making refugees elsewhere out of her citizens. Abdulrazaq said, We need tranquility for Nigeria to Succeed”, while he was speaking at the 45th anniversary of the Emir of lafiagi, Alhaji Sa'adu kawu Haliru, in Lafiagi. He called for peaceful settlement of the issues surrounding the End SARS protests as the campaign have now been overly indulged 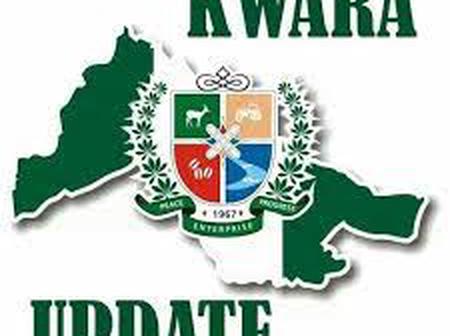 Schools in Kwara State to resume after long Covid-19 holiday

After been on holiday for a very long time, government of Kwara state has announced that all private and public primary and secondary schools in Kwara state will resume on the 5th October 2020 (Monday), while Tertiary institutions in the state will resume the following week which is Monday 12th October, 2020. The commissioner for information Harriet Afolabi-Oshatimehin said in a statement on Wednesday 30th September 2020 that teachers in the state have undergo various training on how to protect themselves and 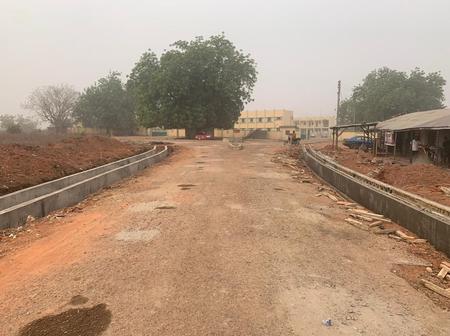 The Kwara State Government under the leadership of His Excellency Mallam AbdulRahman AbdulRazaq through its Urban Renewal Initiative has commenced the construction of Secretariat road, Lafiagi, Edu LGA of the state. The road which suffered a set back and total damages needed urgent attention and complete construction. It's exigency that the state government must look inward on how to swiftly at to issues that may increase socio-economic status of the state. Over sixteen years ago, Kwara North has suffered i 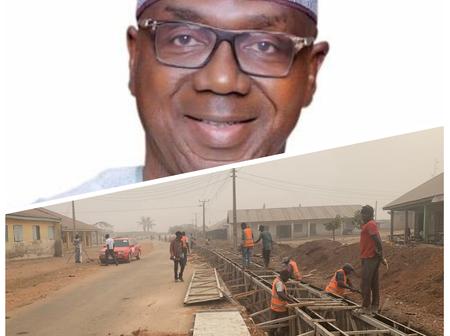 Road construction is one of the top priority of Governor of kwara state Abdulrahman Abdulrazaq for the people of Kwara. He has set out again to construct the Secretariat road in Lafiagi, the headquarters of Edu Local Government Area of the state.. I commend the state government for this great progress. See photos below: Please click on the red button above to follow us if you like updates just like this one. What do you think about the road construction do drop your thoughts down below. And yes thanks for r 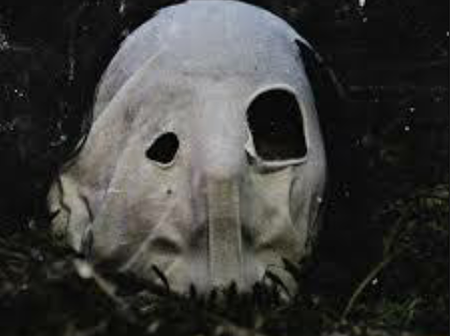 The Akudaya myth: What you should know has a Nigerian

In my native Nupe language, an Akudaya is called ‘Tsulozhin’. It’s a compound word consisting of three different words: Tsu (originally tsitsu) lo (lilo) and zhin (zhin-zhin). ‘Tsitsu’ means dying; lilo means going; and zhin-zhin means returning. Thus, a tsulozhin is someone who is believed to have returned to life after death. The belief that the dead can return back to life is deeply-rooted in African traditional belief, and is connected to the belief in voodoo and superstition. As a young boy growing 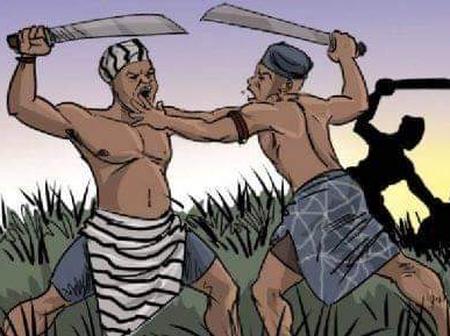 The Fact about Land Dispute between Lafiagians and Edogi villagers in Edu, Kwara State 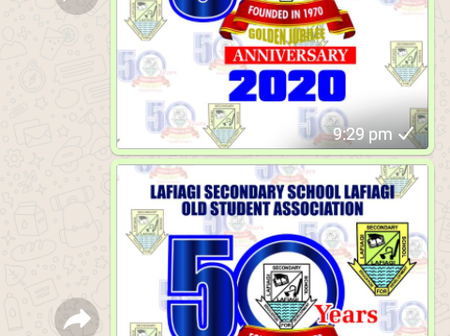 The city of Lafiagi was very crowded today 4th February, Celebrating their 50th years anniversary, with different dignitaries across the country so show up to colour the occasion with the alumni of Lafiagi Secondary School. In the midst are polical leaders from different states across the country, the occasion was chaired by Senator Makanjuola Ajadi who was also a former students of the institution.  Among the distinguish guest of honour, were His Excellency Governor of Kwara State, Alhaji AbdulRaman Abdu 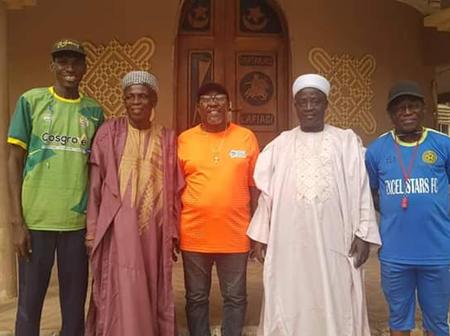 The Patron of the Kwara State Beach Soccer Board , Prince Oladimeji Thompson on Monday Paid a Surprise Visit to Egwa Rivers in Lafiagi where a 3 day exhibition match of the board is on going .  Prince Oladimeji Thompson who expressed Satisfaction with the job well done by the technical official and Coordinator of the board in the State, renewed his determination and Unalloyed Support to towards a hitch free exhibition in Community, noting the game of Beach Soccer has come to Stay in the State, hence the n 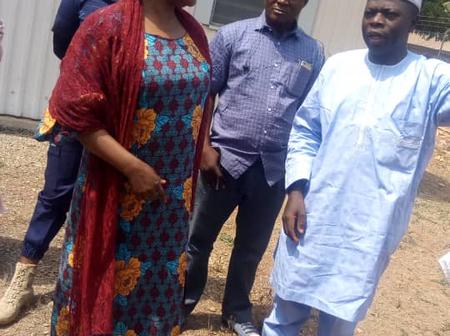 The Kwara State Government said it would do everything possible to improve on power problem confronting Patigi and Lafiagi waterworks to ensure constant water supply to communities in the two local government areas.  In a statement by the Press Secretary,  Ministry of Water Resources Olalekan Issa-Onílù, the Commissioner for Water Resources, Hajia Arinola Lawal, made this known yesterday, during her inspection tour to Patigi and Lafigi waterworks to examine the problem confronting the areas. The commiss 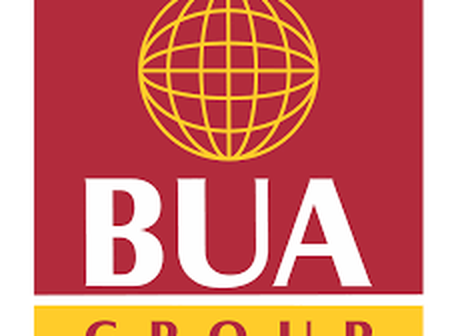 BUA Lasuco and matters arising The takeover of the defunct Lafiagi Sugar Company (Lasuco) by BUA group of companies a few years ago was celebrated by indigenes and residents of Lafiagi Emirate considering the economic impact it was going to have on the ancient town. It has no doubt positioned the ancient town for massive economic growth and development.  Sighting a multimillion dollar company in a district that rarely has operational industries after the government owned company went bankrupt and moribund 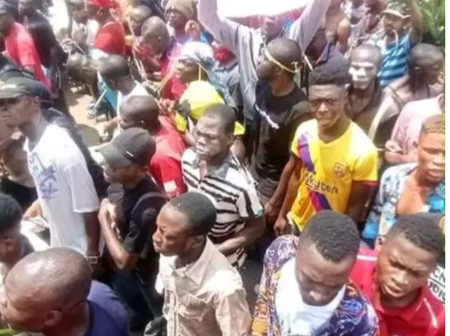 EndSARS: Kwara Govt warns against instigating another civil war Governor AbdulRahman AbdulRazaq of Kwara State has urged Nigerians to refrain from actions that could spark another civil war and thus turn citizens to refugees elsewhere. AbdulRazaq stated this during the 45th anniversary of the Emir of Lafiagi, Alhaji Sa’adu Haliru in Lafiagi, headquarters of Edu Local Government Area of the state. The governor appealed for caution and peaceful resolution of the contending issues, as the #EndSARS protests, now